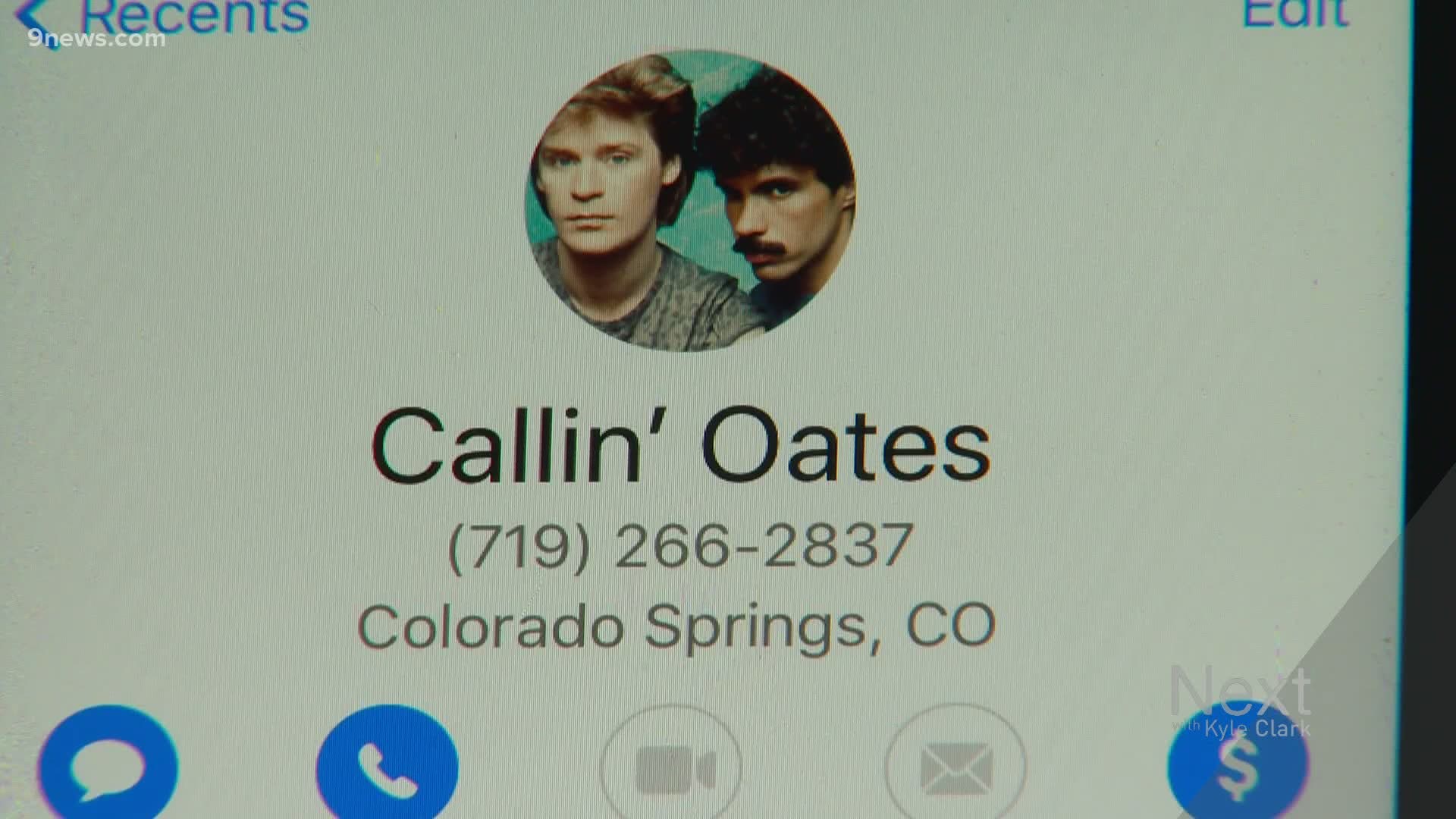 DENVER — In 2011, an article published by National Public Radio predicted the Callin’ Oates emergency hotline would not have a long shelf life.

Nine years later, the line remains active, ready to handle your Hall and Oates needs. Simply call the hotline for throwback oldies (but goodies) and press:

“If you ever find yourself in a situation where you need a Hall and Oates song to get yourself out of a jam, you can call this number, day or night, and hear one of four Hall and Oates songs at the touch of a button,” said co-creator Michael Selvidge.

“A lot of people have asked, are you based in Colorado? Did Colorado people come up with this? And the answer is no,” Selvidge said. “That number, I chose because the last five digits spell out O-A-T-E-S.”

It was the only area code in the country with a phone number that allowed for the band name to be included --  719-26-OATES.

“So no, it has nothing to do with Colorado, except that I’ve been to Colorado a few times and I love the state,” Selvidge said.

Selvidge and a friend developed the idea when they worked for tech company Twilio. He said the line originally went viral in 2011 but can still average 2,500 calls a day, or maybe 100,000 if the line makes it to a Reddit thread, or gets a mention on Last Week Tonight with John Oliver, as it did recently.

Both Daryl Hall and John Oates are fans of the line, Selvidge said, and they have offered him plenty of concert tickets over the years.

“It’s a very inefficient way to get Hall and Oates, you know, with all the streaming capabilities. Pretty much everyone has a smartphone now and can stream music," Selvidge said. "But the sheer novelty of it, I hope, does give people occasion to smile."