McGuire passed away Jan. 10 after a battle with brain cancer. She was a reporter and multimedia journalist at 9NEWS from 2006-2012. 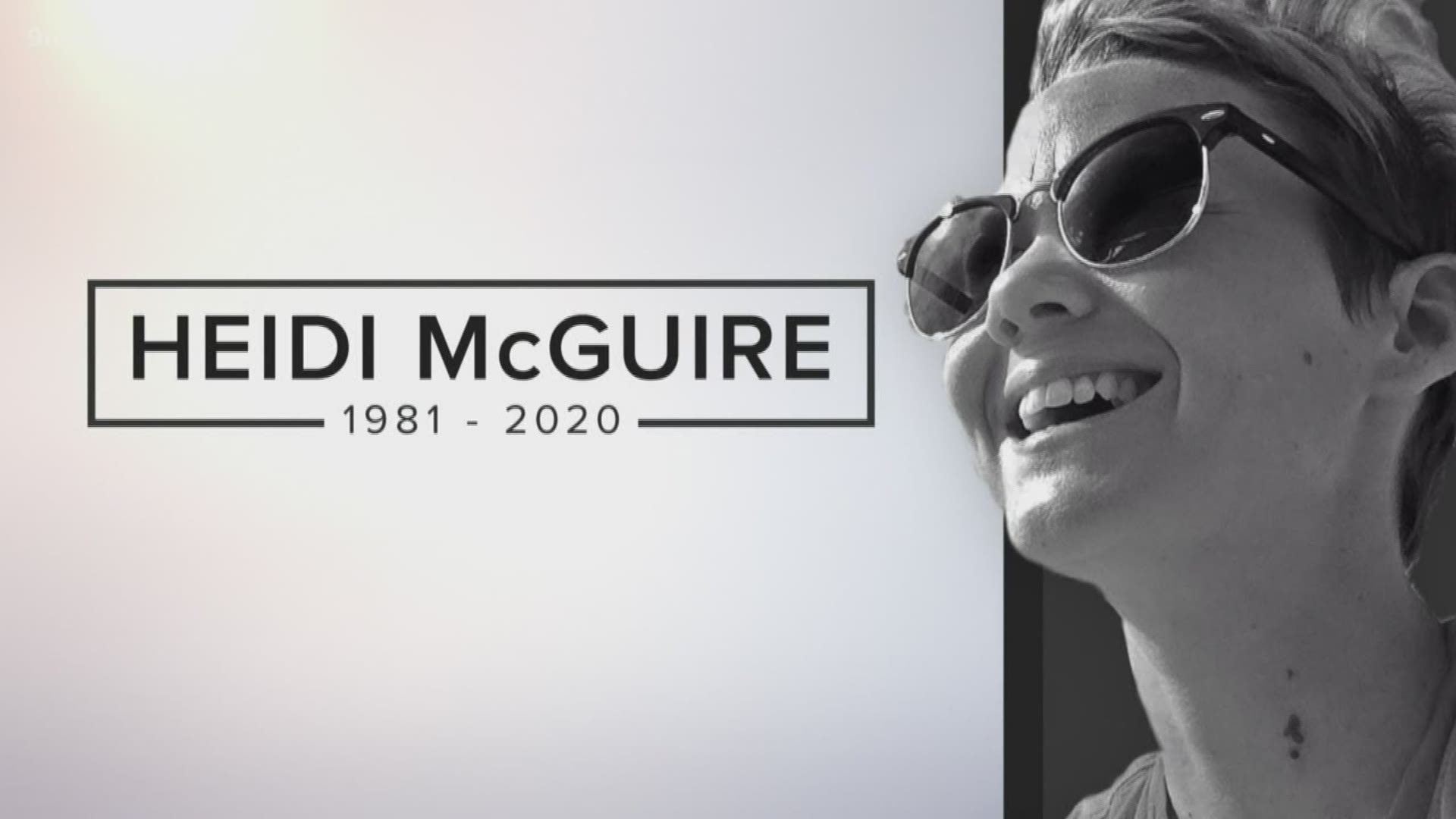 DENVER — 9NEWS lost a friend and former colleague this week.

Heidi McGuire brought light, laughter and happiness into every room she entered, many 9NEWSers said as they remembered a woman who contributed so much to the team.

McGuire passed away Jan. 10 after a battle with brain cancer. She was just shy of her 39th birthday.

McGuire worked at 9NEWS from 2006-2012 as a general assignment journalist, in an entertainment news effort called MetroMix, and then went back to news before she started her own video company.

"She was that bubbly, that go-getter, I mean she was awesome," said longtime 9NEWS photojournalist Manny Sotelo. "The best thing about her is that every photographer loved to work with her because she was fun to work with."

McGuire captured the quirky, the incredible and the memorable. She was fearless, traveling to the Yukon to follow the coldest and toughest 430-mile race in the world.

And she was vulnerable -- sharing her story of discovery after meeting her biological father at age 30.

But mostly Heidi was Heidi -- a rare mix of talent and authenticity.

Her friends and husband were able to view life through that lens, one filled with beauty and an unforgettable laugh.

9NEWS (KUSA)
Heidi McGuire went to City of the Dead for Metromix Denver! Doesn't she look... ???