Base jumper injured near Mt. Evans after parachute fails to open fully

The woman was jumping from the 'Black Wall' and her parachute failed to open fully, the Clear Creek Sheriff's Office said. 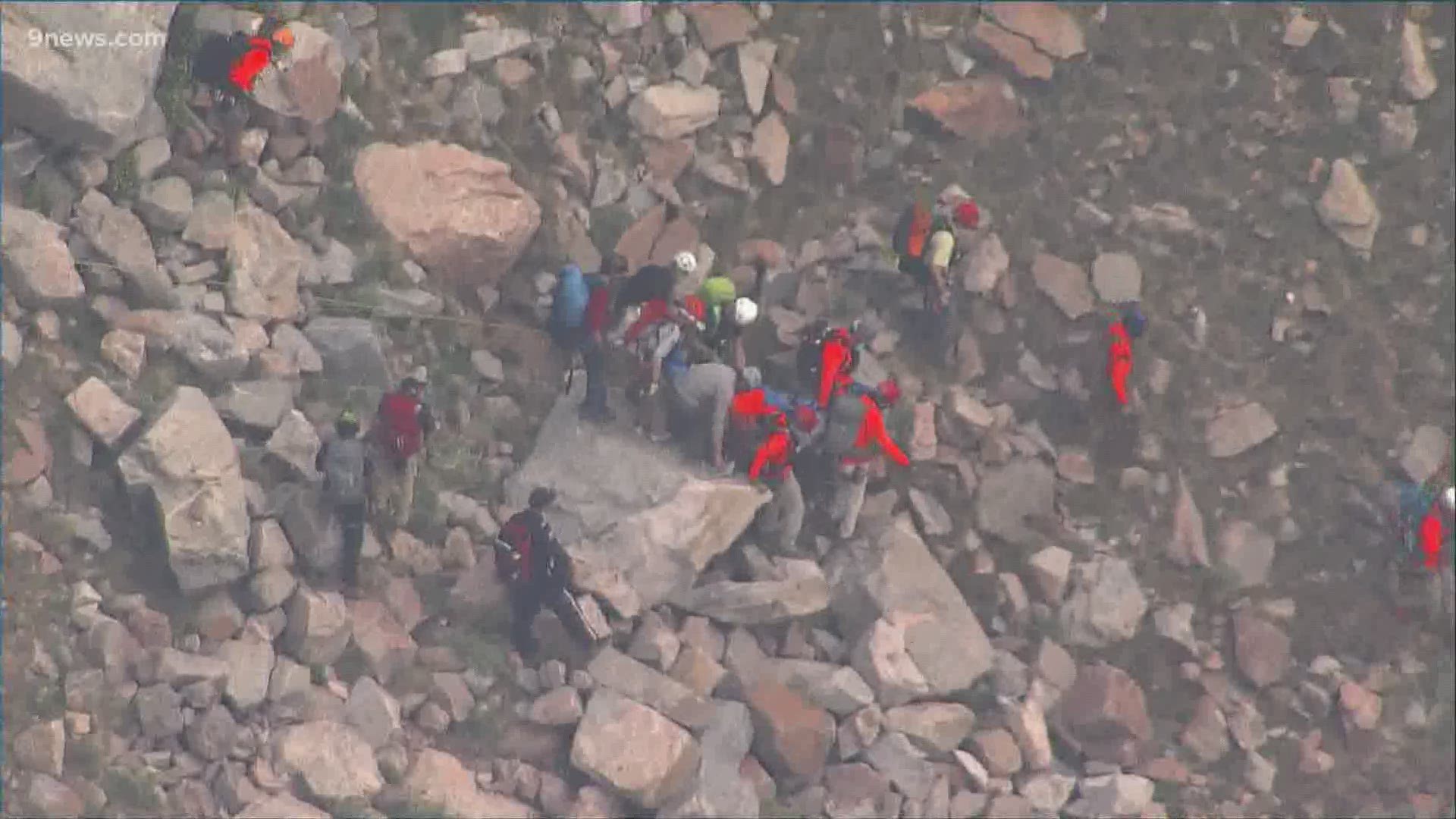 CLEAR CREEK COUNTY, Colorado — A rescue was underway Sunday afternoon for an injured base jumper whose parachute didn't fully open in the Mount Evans Wilderness area in Clear Creek County, according to the sheriff's office.

The Clear Creek Sheriff's Office received a report about 8:55 a.m. Sunday of the injured base jumper in the area of Grey Wolf Mountain, the sheriff's office said in a press release.

Witnesses on the scene said the woman was base jumping from the "Black Wall" area and her parachute didn't open fully, the release says.

The sheriff's office and the Alpine Search and Rescue Team responded to the scene. Two Fight for Life helicopters were airlifting rescuers into the area, according to the release.

Sky9 flew over the rescue about 1 p.m., where crews were with the injured woman.

The sheriff's office said the woman was taken off the mountain around 2:40 p.m. and flown to an area hospital in serious condition.

RELATED: 2 people airlifted to hospital after spending night in vehicle that rolled over on Independence Pass