The Salvation Army handed out 3,000 boxes of food at the Aurora Town Center on Tuesday. 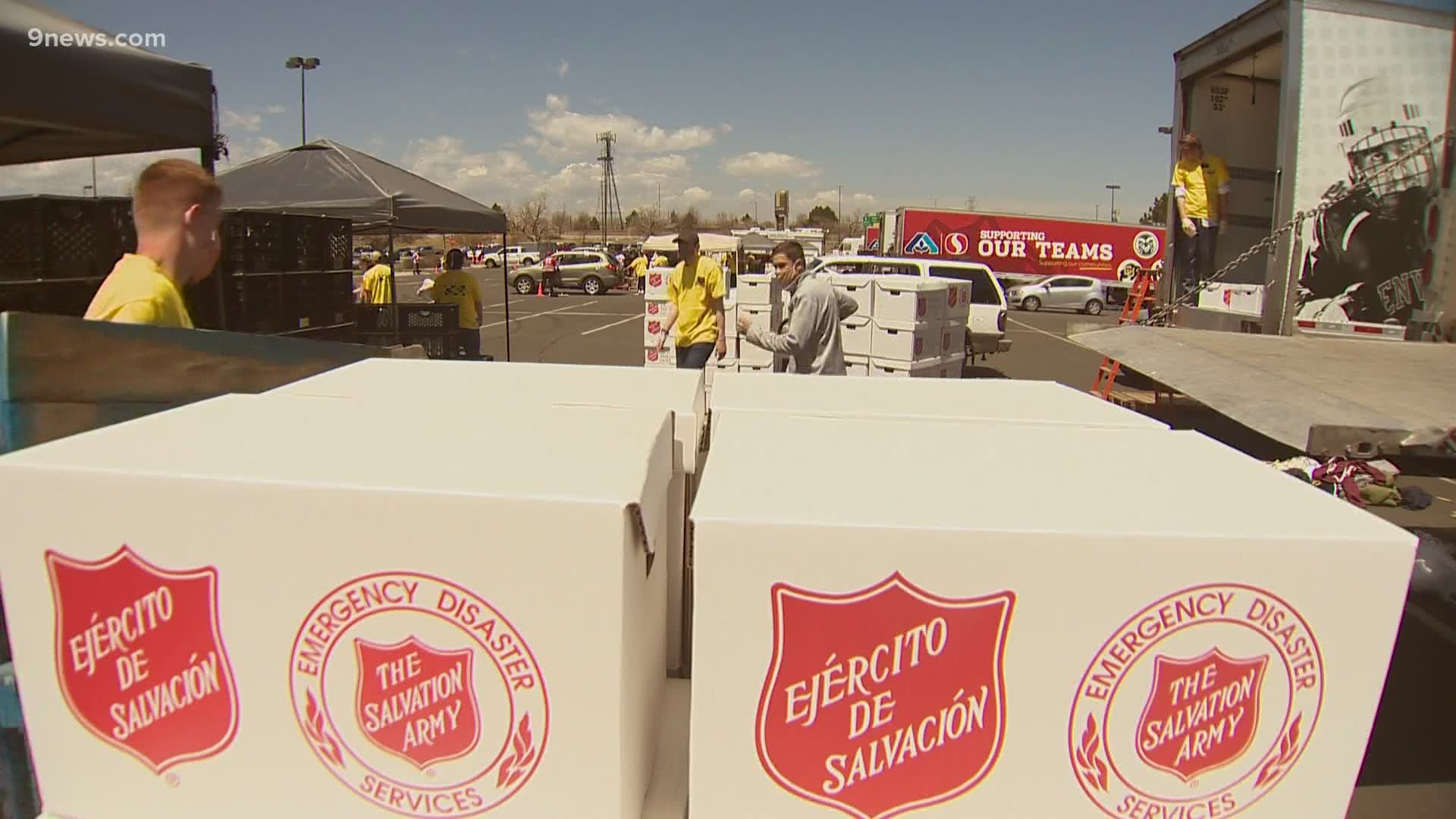 AURORA, Colo — There was one woman at the Town Center at Aurora who couldn't be missed, as she yelled "thank you" to everyone after she received her box of food in what is now the largest food distribution drive the state has ever seen.

She was driving one car out of 3,000 that received a box of food from the Salvation Army on Tuesday.

"The amount of people that showed up today shows the incredible need in our community," said Salvation Army Major Mike Dickinson.

Ely Dias was driving another car in the line, and she has no income right now after she said her husband had to stop his construction job as he recovers from COVID-19.

She said her husband can't get unemployment benefits because of his immigration status, and they have three children to feed.

“And right now these kinds of places, it’s the only help we can get," said Dias.

Credit: KUSA
Ely Dias came to get food for her family while her husband recovers from COVID-19.

RELATED: How to find a food bank in your area

The Salvation Army partnered with The Church of Jesus Christ of Latter-Day Saints. They paid for some of the boxes and supplied more than 100 volunteers.

In Boulder County, the Community Food Share has a calendar of mobile food pantries, and a drive-thru distribution at their building every Wednesday, Thursday, and Friday from 9 a.m. to 3 p.m.

The Food Bank of the Rockies has a list of Emergency Food Assistance programs and asks if you’ve received food from a place in the past that’s not on their list to reach out directly to that organization.

The Coalition for Immigrant Health has created a relief fund for immigrant families in Pueblo and Fort Morgan to support immediate needs because of COVID-19.

Front Range Mutual Aid has a list of government and non-profit assistance that includes resources for Undocumented Immigrants.