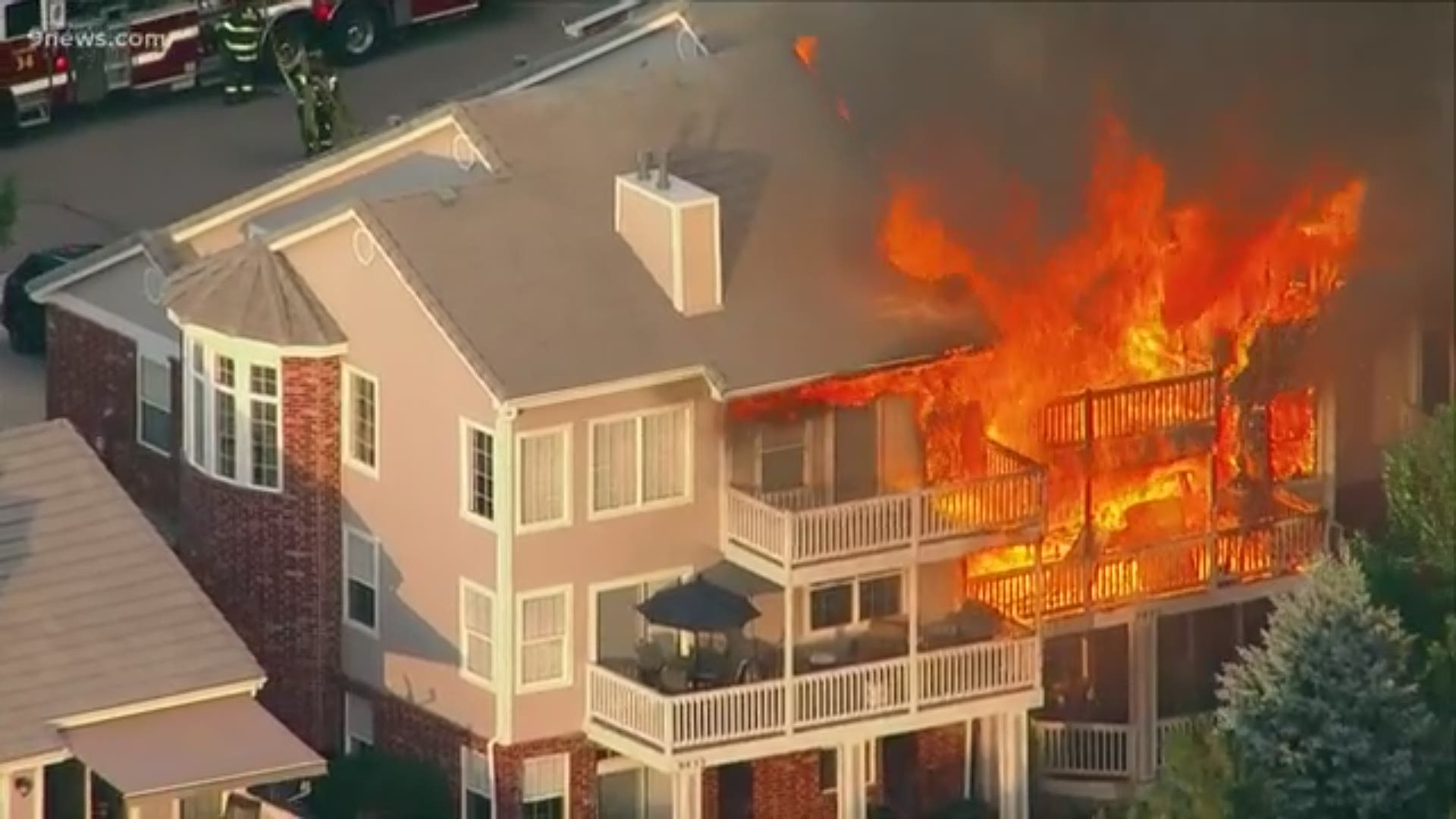 LONE TREE, Colo. — South Metro Fire was called out to a two-alarm residential fire around 7:30 p.m. Monday at 9400 block of Southern Hills Circle in Lone Tree. That's near the intersection of S. Yosemite Street and Lone Tree Parkway.

Sky9 flew over the fire and flames were seen shooting out of the roof and firefighters attacking the fire.

South Metro Fire tweeted out updates as they fought the fire, including that two residents were injured – both were treated by paramedics, one for smoke inhalation and the other with minor burn injuries.

Update - Firefighters were “defensive” meaning they fought the fire in the middle town home from the outside. They were “offensive” battling fire from the inside of the outer 2 town homes. Both people were transported to the hospital, 1 with minor burns. Cause under investigation pic.twitter.com/7orzNrVHge

Firefighters described their attack on the fire as “defensive,” meaning they fought the fire in the middle townhome from the outside. They also described their offensive work battling the fire from inside one of the outer two townhomes.

South Metro said the cause of the fire is under investigation.