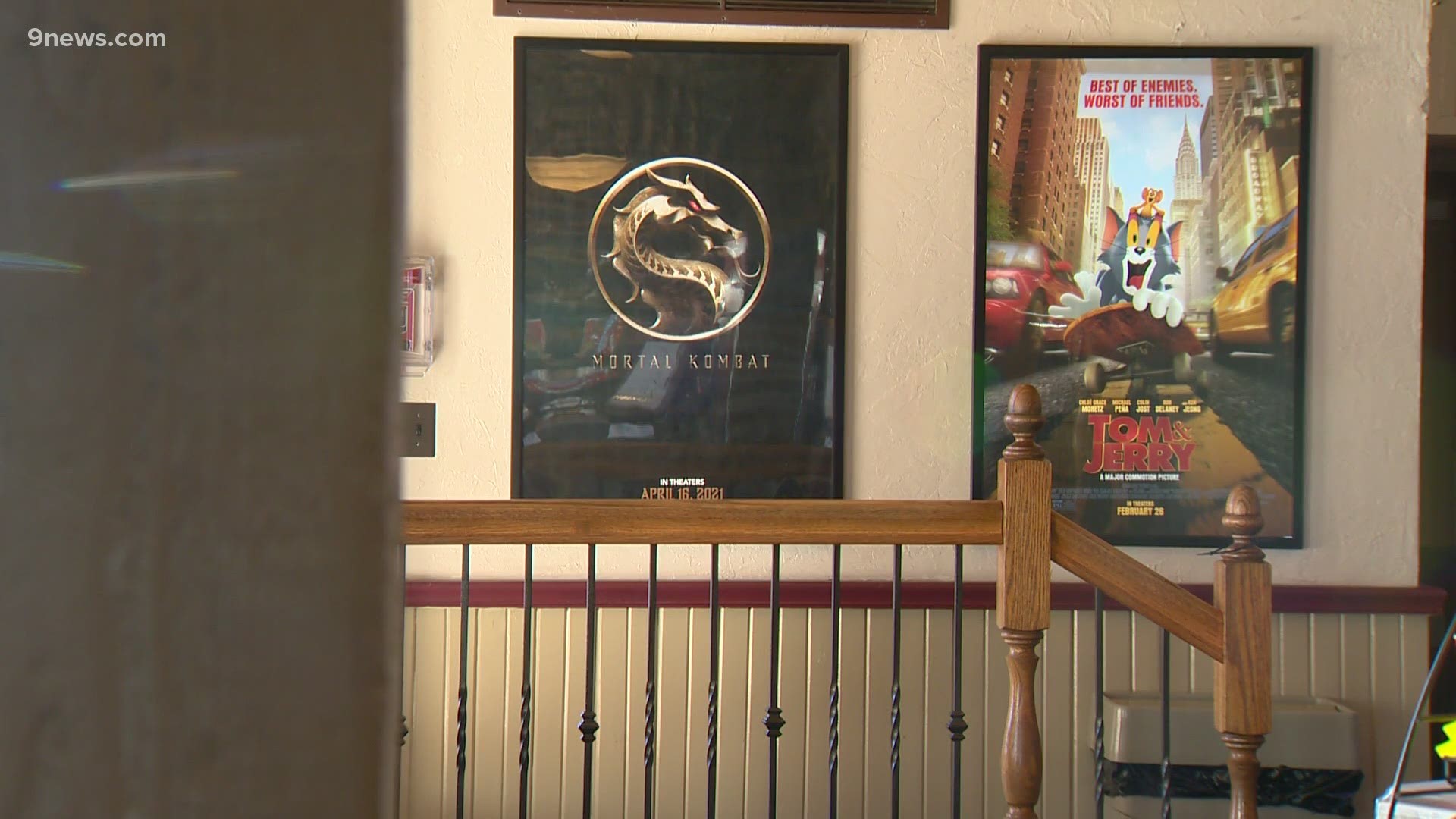 WOODLAND PARK, Colo. — The COVID relief bill that was recently signed into law by President Trump included $15 billion to help movie theaters and other live entertainment venues during the pandemic.

Until those relief dollars start coming in, small movie theaters have been forced to be creative to stay afloat.

As a result, the Gold Hill Theatre in Teller County is hosting a 17-day theatrical run of a feature film called “Rook". The film was shot entirely in Cripple Creek and Victor, Colorado.

The movie was produced locally by Colorado Springs-based Studiotown, Inc. All proceeds from the theatrical run will go to the movie theater to help them keep their doors open during the pandemic.

“We were open seven days a week and then once the pandemic hit, we had to shut down and then we re-opened in June with very limited attendance and showtimes.”

The Gold Hill Theatre is a small independently-owned venue in Teller County that has been in business since the 1970s.

It was one of the few movie theaters allowed to stay open during the pandemic because the county was designated Level Orange by the state which allowed the theater to seat up to 25% of capacity or 50 people.

Robert Morgan said even though they have been open since June, keeping a full staff was a struggle.

“For right now, we’re just down to myself and one other associate,” Morgan said. “The employees that we did have found other jobs because it was very difficult to try to keep employees on with working very little hours.”

“Movies are expensive to license,” said Studiotown, Inc. creative director Stephen Morgan. “We just want to be more of a help to the community.”

Stephen Morgan and co-producer Steve Kitzman shot their film “Rook” in the winter of 2018. The movie was shot in Teller county with most of the actors and staff all from Colorado.

“It is [about] a gold heist that goes really poorly in the hills of Teller County,” Stephen Morgan said.  “This is our first theatrical run right here in the Gold Hills Theatre.”

The studio hopes since the movie was shot in the area, more people would be interested in seeing their local community on the big screen, generating local dollars for the theater.

“The more people know we’re open and feel safe coming out, the more business we can get, and we can start to rebuild and re-grow,” Robert Morgan said.

Both Robert and Stephen hope between this partnership with Studiotown, Inc., along with help from the COVID relief bill, Gold Hill Theatres can hit the reset button to get back on its feet.

“It's going to help us out bigtime because after we had gotten open with the business being as slow as it was, it was hard to keep carrying on bills for vendors and utilities, the rent and then paying for movies as well,” Robert Morgan said.

“Theaters need movies and now more than ever,” Stephen Morgan said. “We got fortunate in that we finished ours right as COVID was starting so we have the opportunity to do something like this.”

The theater said they made around $400 on the movie's opening weekend. Movie theaters across the state will be re-opening Friday after a nearly two-month closure under Level Red restrictions.

For more information on the film "Rook" click here.

RELATED: A look at the most anticipated movies bumped to 2021