Each Colorado county has the power to implement fire restrictions, which is why each county fire ban is different. 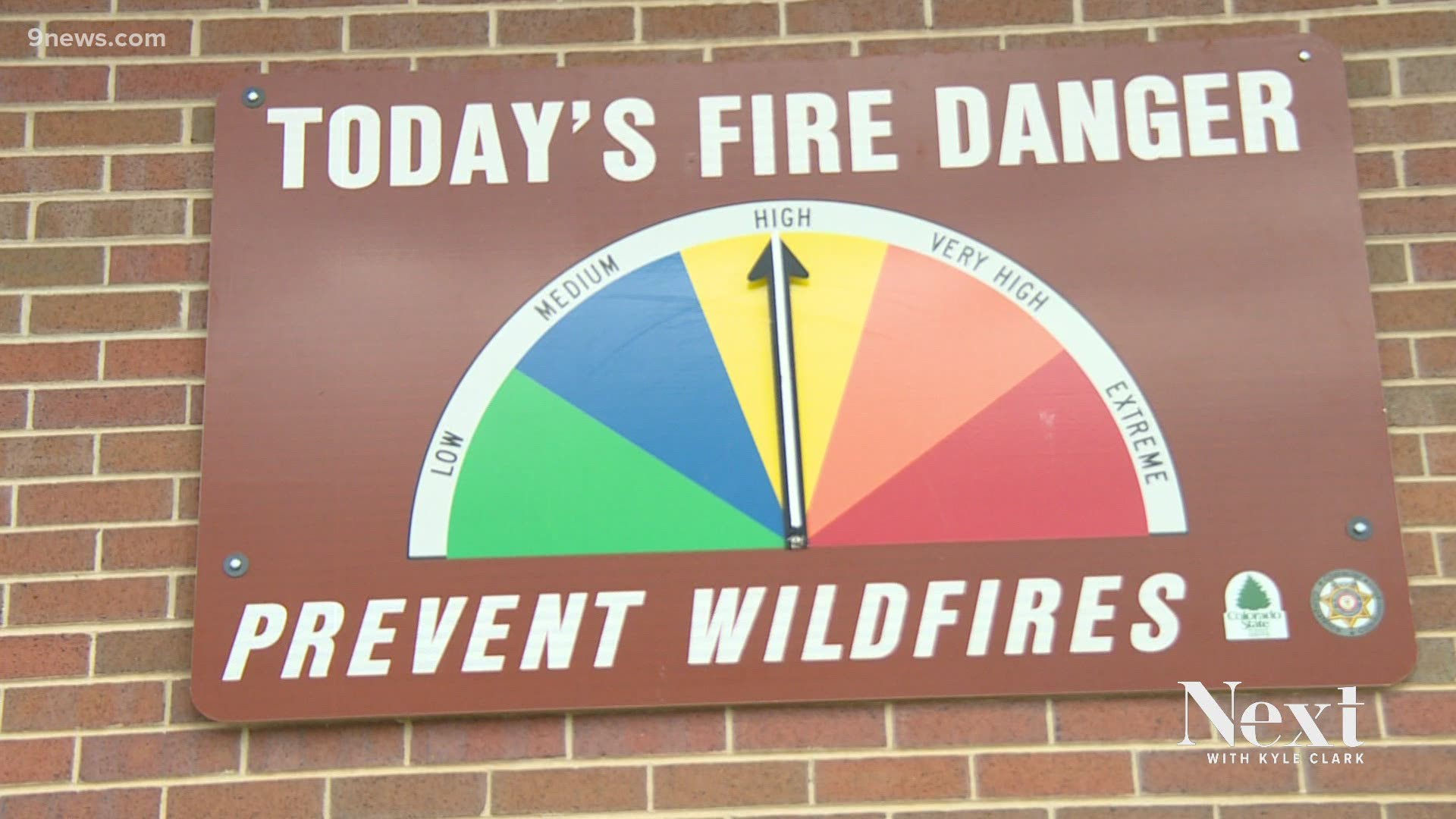 COLORADO, USA — While a wildfire doesn’t stop at the county line, our fire restrictions do – a campfire legal in Jefferson County today could get you a fine just a few miles up the road in Clear Creek County.

That's the way the Constitution of the State of Colorado outlines the way restrictions are implemented.

"In Colorado, state law says that the elected county sheriff is the fire warden for all unincorporated parts of the county," said Seth McKinney, fire management officer for the Boulder County Sheriff's Office (BCSO).

Using a series of graphs and charts and conversations with people from across the region, McKinney advises the BCSO when it’s time to impose fire restrictions in the area.

As the Fire Management Officer at the sheriff’s office, his recommendations have the power to ban everything from campfires to fireworks. But only in unincorporated Boulder County on land not owned by the US Forest Service, Bureau of Land Management or any independent municipality. They make their own restrictions.

The goal is for counties and areas in similar situations to impose similar restrictions. Look at Clear Creek, Boulder and Larimer counties all imposing Stage 1 restrictions this week. That was done on purpose.

"We try and make sure that we’re all on the same page going into restrictions. A lot of the restrictions being put in place across the front range were done as a group," said McKinney. "We’re looking at a lot of environmental and physical science based on fuel and weather conditions."

Rick Albers is the sheriff in Clear Creek County, working with other agencies to talk about when and how to impose restrictions. Still, right down the road in Jefferson County, there aren’t any restrictions in place right now.

"Since it’s the front range, we’re trying to be consistent on being in the same fire restrictions in the same time," said Albers. "People who come up here need to check with each county that they’re going to go in to see what level they’re in."

Grand County went into more strict stage 2 restrictions last week, along with their neighbors in Summit County. Sheriff Brett Schroetlin had to get approval from the board of commissioners first.

"In Colorado, the sheriff is the fire warden," said Schroetlin. "We don’t allow any fires in unincorporated Grand County that can’t be controlled by some type of on off device."

Each county sheriff also has the power to decide what each stage of a fire ban means. In most cases, they’re all pretty similar, but some are different. For example, some counties don’t allow shooting fire arms while fire restrictions are in place while others do.

The Colorado constitution also gives the governor the power to implement statewide fire bans if he feels the need.