A high school history teacher talked about how he's teaching Tuesday night's debate in his classroom. 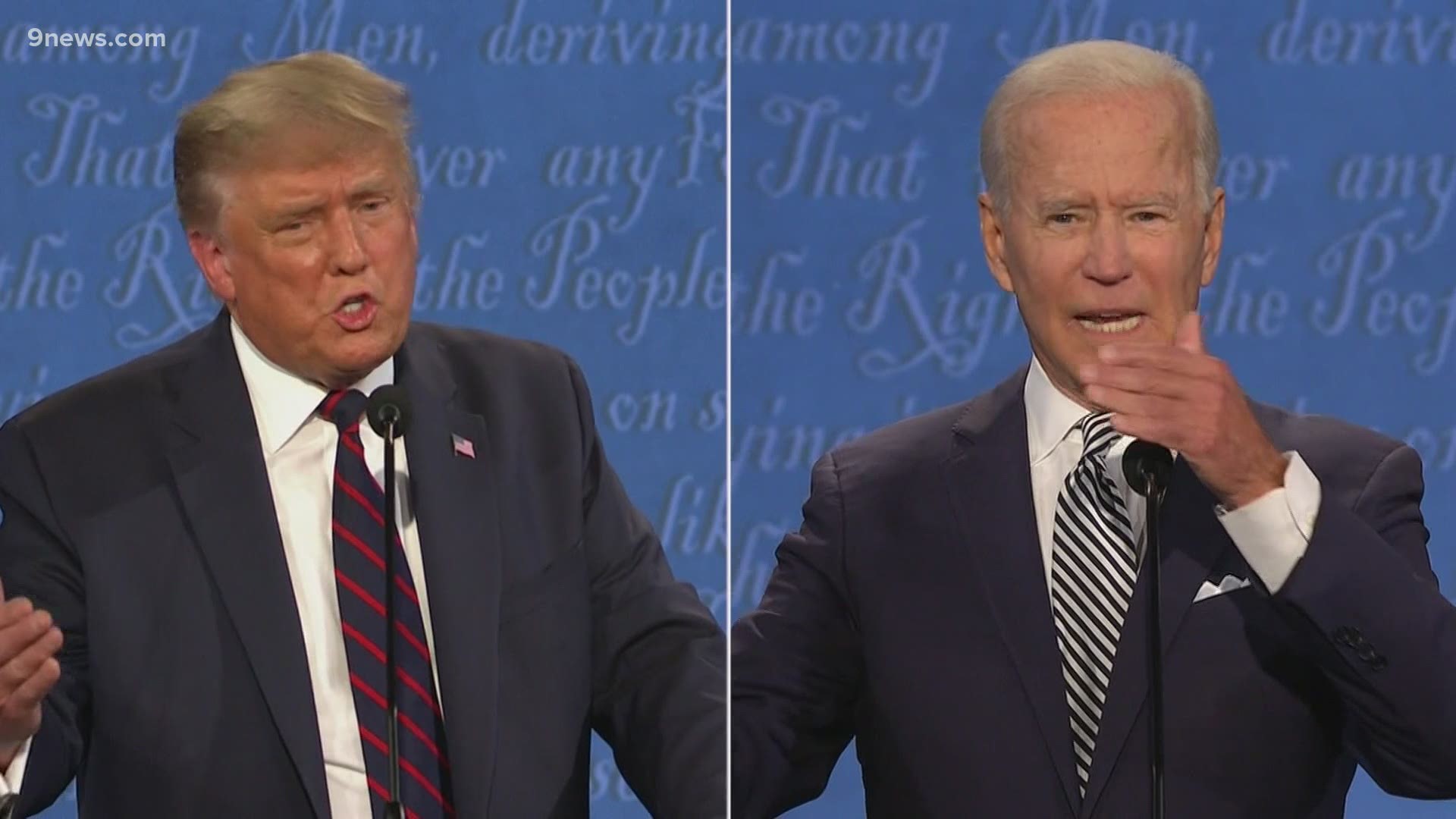 ARVADA, Colo. — Among the millions of people who watched last night's presidential debate were future and first-time voters.

High school teachers across the country were tasked with the tall order of helping their students understand what they witnessed. Dale Munholland, an AP history teacher at Pomona High School in Arvada, said one of the most difficult parts about that is he and other teachers have no point of comparison.

"Some of [the students] asked me, ‘Well do most debates go that way? Have previous presidential debates gone that way,'" Munholland said. "I told them that they hadn’t, that this was pretty unique in the way that this had been conducted."

Munholland described Tuesday night's debate as "disheartening" because it was the first one a lot of his students ever watched. He said during Wednesday's classes, many of them told him they were "pretty shocked and horrified."

RELATED: Trump, Biden lash out, interrupt each other throughout first presidential debate

"One student remarked to me this morning that it reminded him of a middle school playground – of kids just hurling insults and talking over each other," Munholland said.

Munholland said it was still important to discuss with his students because, regardless of how anyone feels about the debate itself, it was still historic.

RELATED: What will the next presidential debates be like?

But Munholland said he hopes the debate stops at being history-making and doesn't continue on to become precedent-setting. To combat that worry, he said he his job teaching the country's future leaders is more important than ever.

"To teach them that that is really not the way to conduct yourselves and decorum and civility and respect go an awful long way regardless of who it is that you're engaging with," he said.