Knudsen scored 30 points and the Mavericks ran away from Montrose by a score of 68-44 for their first boys basketball state championship since 1957. 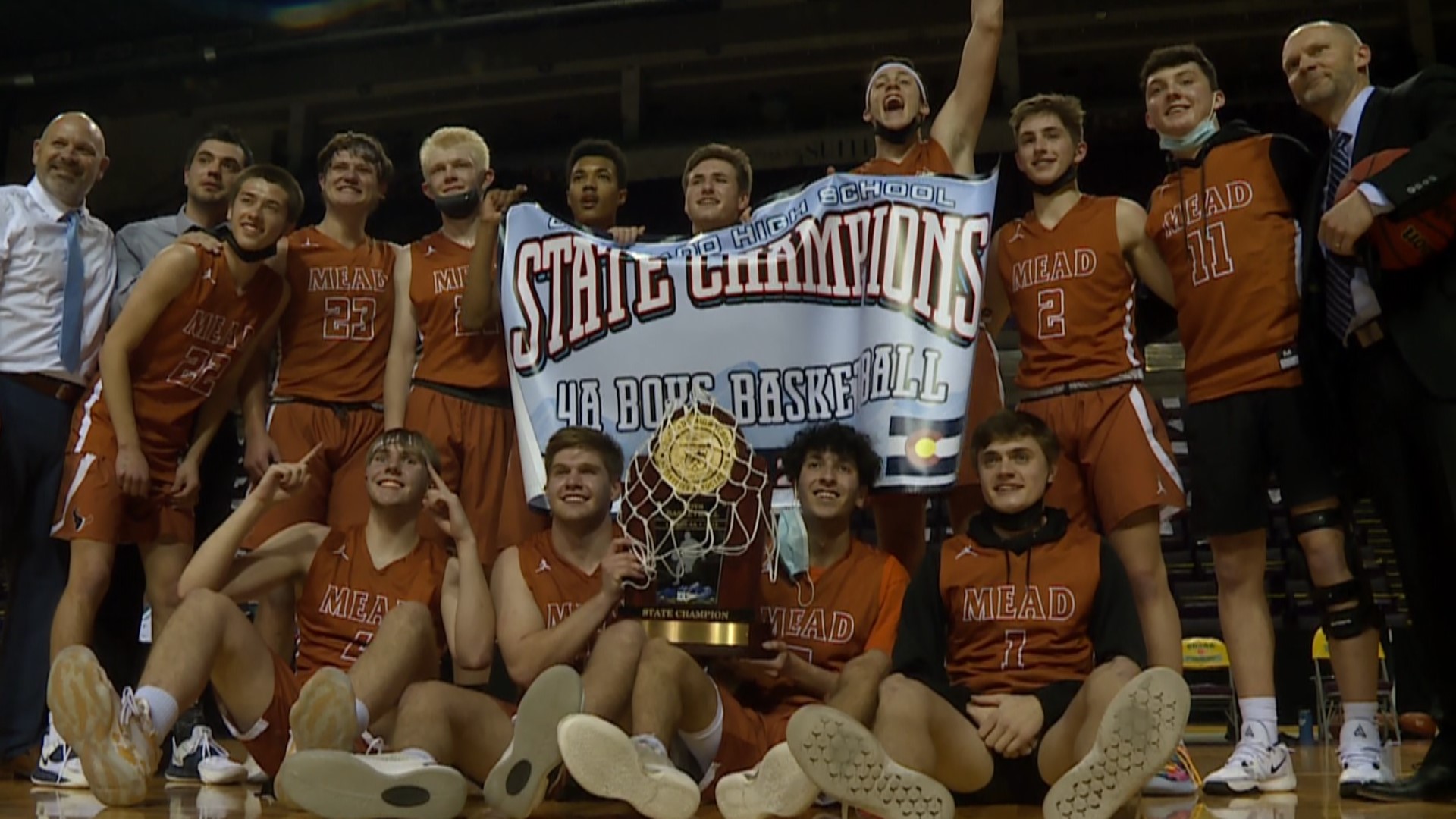 The Mavericks junior played like a man possessed with a will to win.

Knudsen scored 30 points, including several jaw-dropping three-pointers as No. 5 Mead topped No. 3 Montrose 68-44 to win its first boys basketball state title since 1957.

"It's freaking awesome, I love it. It's the best feeling I've ever had in my entire life and it's great," Knudsen told 9NEWS after the game.

The Mavericks jumped out to a 21-6 lead after the first quarter and appeared to be in control, before Montrose made it a four point game before half. But in the second half it was more of Knudsen, more of Marcus Santiago (18 points) and clear Mead would take home the championship.

Basson, a strong player for the Mavericks, suffered a stroke nine days ago and had to have a blood clot removed from his brain. The team wore shirts with his number in pregame warmups and Basson was able to make the trip to Colorado Springs and be on the bench. He was introduced pregame as well.

Overall, the Mavericks finished the season 15-3 and took their first boys hoops state trophy back to Mead in nearly 65 years.

Knudsen made sure that would be the case.

>> Watch the extended highlights of the championship game above and check out the 9NEWS Prep Rally every weekend morning!