The Warriors held off the Bison 23-16 in the Class 5A semifinals on Friday night. 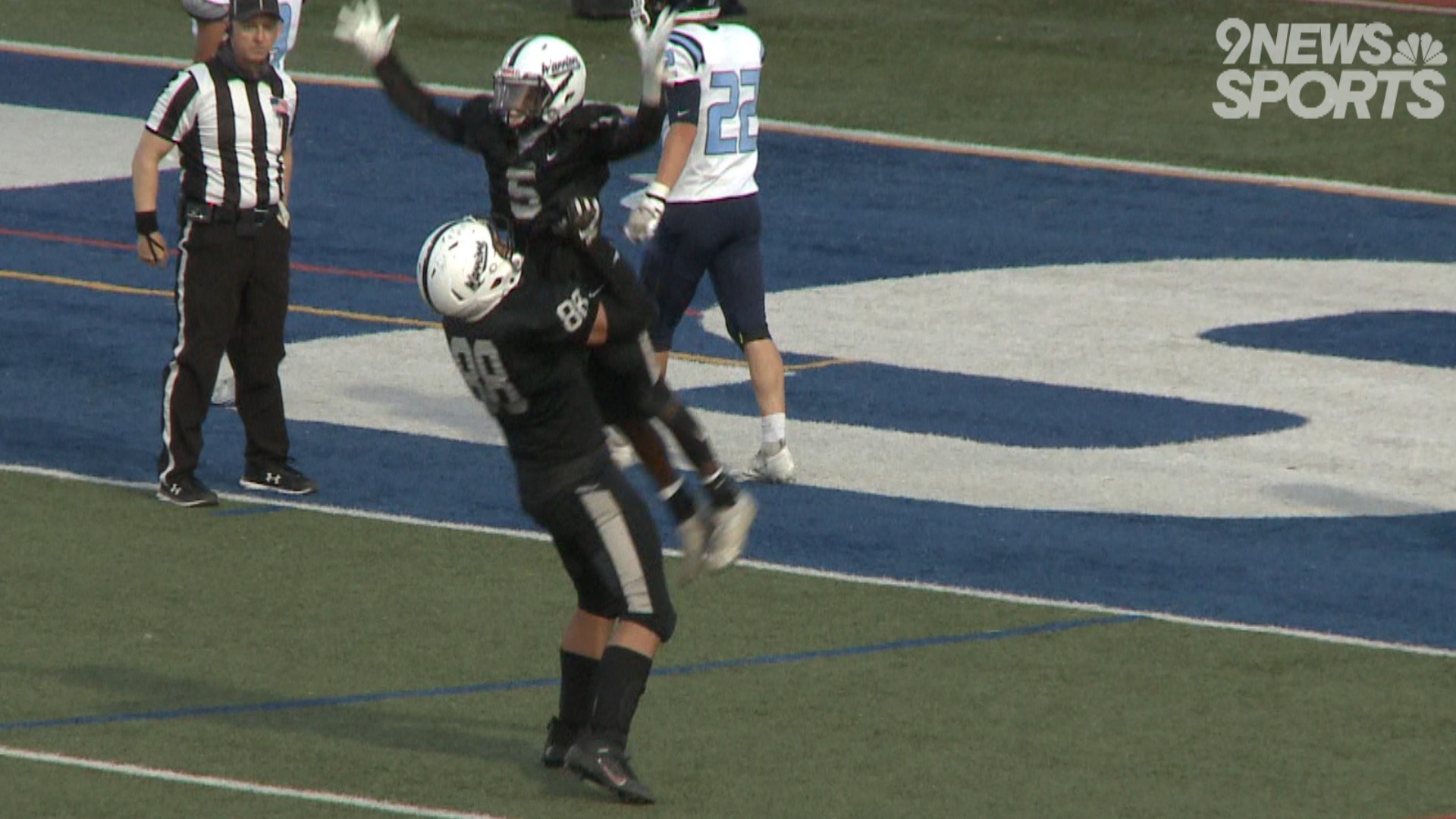 DENVER — The Far Northeast Warriors have a shot to capture their first football state championship.

The Warriors, who are the 2-seed in the Class 5A playoff bracket, moved past 3-seed Vista PEAK in the semifinals Friday night at Evie Garrett Dennis Stadium. Their 23-16 victory punched their ticket to next weekend's state title game.

Far Northeast started off strong, forcing a fumble that led to a safety on the first possession of the game.

The Bison took their only lead of the game later in the first quarter when Victor Owens connected with Jaylen Carrizales on a touchdown pass.

The Warriors responded with a touchdown from Gregory Anderson, which was quickly followed with a fumble scoop and score by Daveontez Thomas.

A touchdown pass from James Aryeetey to Abdullahi Mberwa gave Far Northeast a 23-6 halftime lead, which the Warriors held on to for the win.

The 5A football state championship game will be played at the Neta & Eddie DeRose ThunderBowl on the Colorado State University-Pueblo campus. Kickoff is slated for 7 p.m. next Saturday (May 15).

Far Northeast, formerly Montbello, has been defeated in all three football state title games it has played in. Its last championship appearance was in 1990 against Cherry Creek in the then-6A state title game.