The Buffs are eyeing a run in 2021 with hopes of a big season from their running backs. 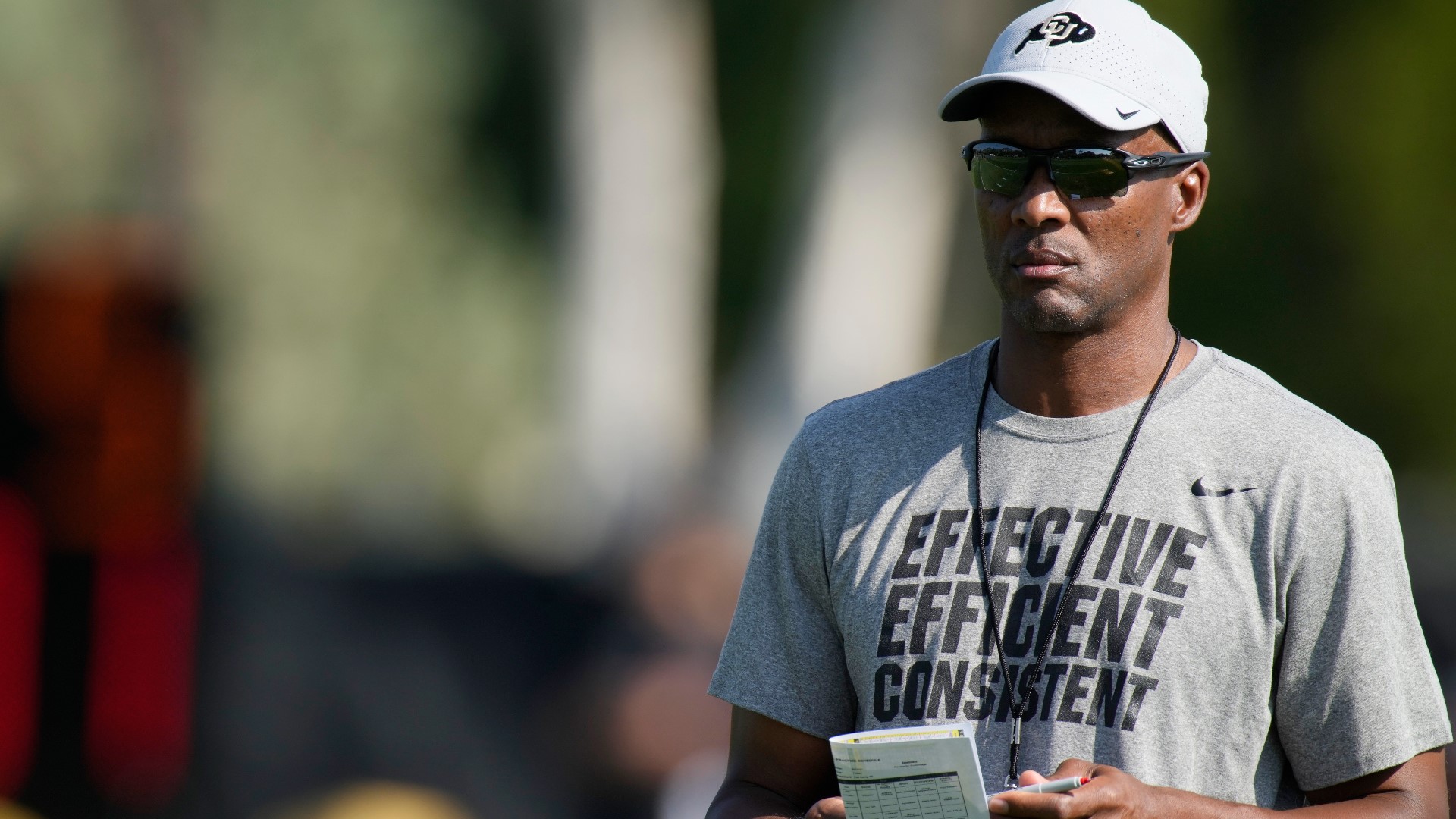 BOULDER, Colo. — There's a big competition brewing on the CU offense, and it's not just at the quarterback position

But leave it to one of the quarterbacks to recognize the talent he sees lined up beside him in the backfield.

"They're all great, they all have different styles of play. Like J-Bru [Jarek Broussard] -- dog, Jayle [Stacks]-- dog, Deion [Smith] -- dog," Brendon Lewis said about his tailbacks.

One of those dogs -- Jarek Broussard -- is coming off of a season in which he captured Pac-12 Offensive Player of the Year honors. But get this -- one of his coaches thinks he's even better now.

"He's been making people miss, he knows his assignments," Offensive Coordinator Darrin Chiaverini said. "It's been really fun to watch those guys compete and they are competitive, they want the ball, but they are good teammates to each other, as well."

Broussard, who said he would prefer to never leave the field, understands the workload may lessen with everyone returning to full health.

"We're a really good group and I look forward to seeing how guys can contribute to the team's success because at the end of the day, if your team's not successful, who cares?"

One of those guys he's mentoring is none other than former Cherry Creek star Jayle Stacks, a player who's recognized for doing it all.

"He wants to play running back, but the different positions he's willing to do, he's willing to go in at fullback and lead them into the end zone," Lewis said. "But he's also good at getting the ball and running and bulldozing people over, so he's done a really great job."

Stacks isn't concerned with the stacked room, and is instead taking each practice as a learning experience.

"I know a lot of people say they wouldn't want a good tailback room, but for me, it's made me a better player and a better person," he said. "If I could go back to high school, what I've learned now, I think I'd be a way better back."

For young players like Stacks, a scrimmage is a big opportunity to show off in front of the entire team.

The Buffs face off against their own men Saturday morning for the first of two exhibition games.