The Buffs topped the Bears in Friday night's season opener. 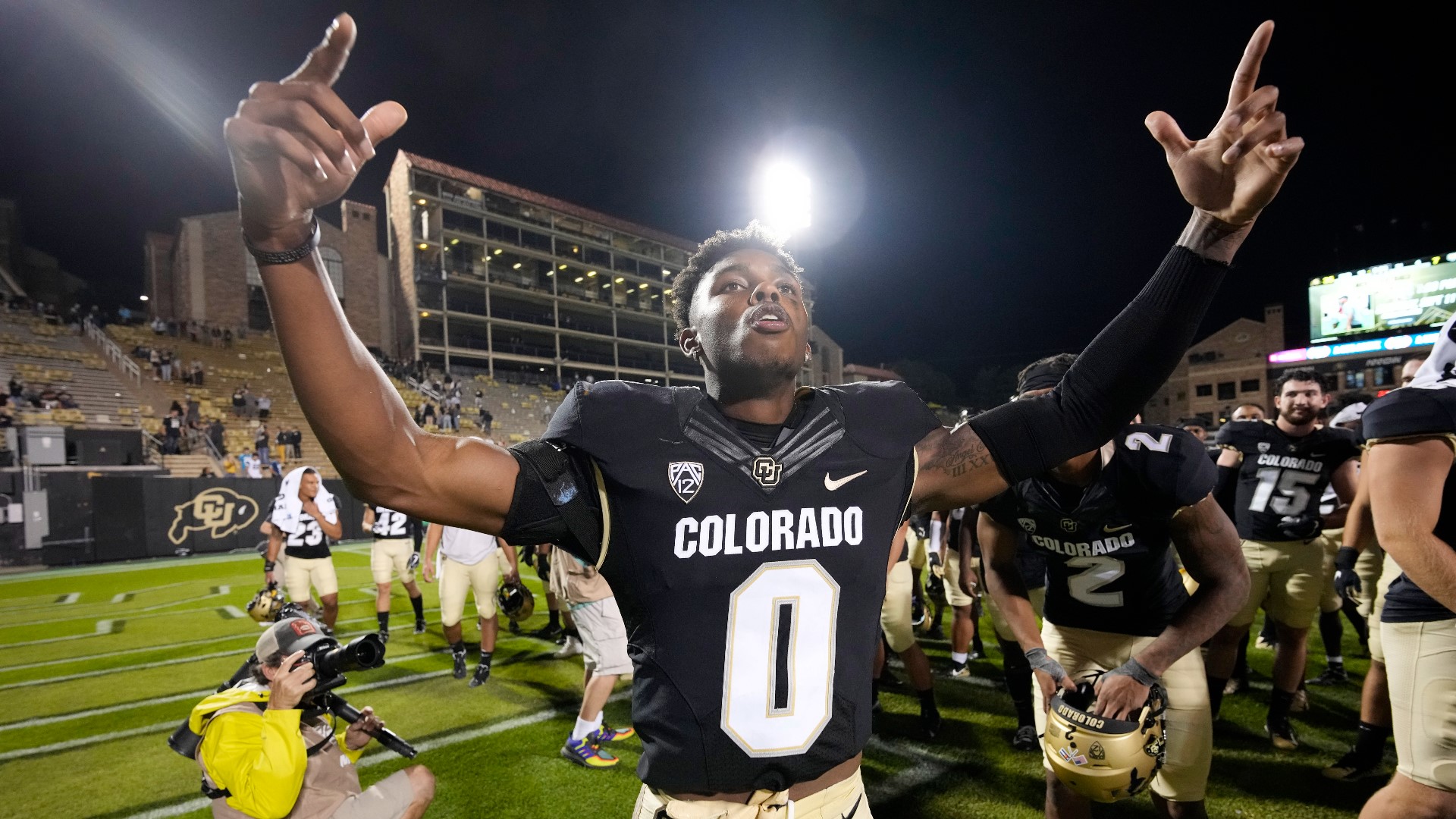 McCaffrey, whose Bears (0-1) sat out 2020 because of the pandemic, had one son — Max — with him on the sideline serving as his offensive coordinator and another — Dylan, a transfer from Michigan — at quarterback.

The Buffs foiled the state's first family of football.

In his first start, Lewis completed 10 of 15 passes for 102 yards, including a 17-yard touchdown pass to sliding freshman Montana Lemorious-Craig, and ran eight times for 44 yards.

The Buffaloes got touchdown runs from tailbacks Jarek Broussard, Alex Fontenot, Ashaad Clayton and Deion Smith with Broussard leading the way with 94 yards on 15 carries.

Lewis' only other college experience came in relief of Sam Noyer (now at Oregon State) in the Alamo Bowl against Texas last season. He won the starting job this summer when his main competition, Tennessee transfer JT Shrout, blew out a knee in a scrimmage last month.

Lewis' signature drive was a 16-play, 90-yard beauty that put the Buffs ahead 21-0 in the third quarter. The payoff came on Fontenot's 3-yard TD run.

Dylan McCaffrey (24 of 41 for 236 yards, a touchdown and an interception) responded with a 75-yard drive aided by two Colorado flags. He hit Kassidy Woods with a 34-yard touchdown strike that pulled the Big Sky Conference's Bears to 21-7.

Clayton replied with a 1-yard scoring run that he set up with a 35-yard scamper to the Bears 19, and Smith scored from 5 yards out.

After a scoreless first quarter, Broussard twisted his way in for a 1-yard touchdown. That capped a 28-yard drive that was kept alive when defensive end Joe Golden hit Lewis out of bounds after an incompletion on third-and-20 two plays after he sacked Lewis.

The drive began at the Bears' 28 after punter Caleb Brickhouse was whistled for a late hit out of bounds after Dimitri Stanley's 19-yard return.

The Bears were driving just before halftime but McCaffrey overthrew Jonah Morris in the end zone and cornerback Mekhi Blackmon intercepted it.

Ralphie VI made her debut Friday night. The newest live buffalo mascot is a 15-month-old who weighs about 500 pounds.

Her predecessor retired after the 2019 season, her 12th. With no cheerleaders or mascots allowed in 2020 because of the pandemic, last season marked the first year since 1967 that CU didn't take the field behind a buffalo.

“Colorado football is synonymous with Ralphie," said Buffs athletic director Rick George, “and I'm ecstatic to continue this tradition with Ralphie VI as the best tradition in college athletics.”

The Buffs won going away but they got off to a slow start and allowed a program-high seven first downs by penalty. So, coach Karl Dorrell, who was Ed McCaffrey's receivers coach with the Denver Broncos all those years ago, has some teaching points as the schedule gets immediately tougher.

RELATED: 'I did it as a joke:' This is (maybe) how CU Buff mascot Ralphie got her name