The Pro Bowl outside linebacker missed final two games of 2020 season with an injury. It was decided to get surgery done now so he'd be ready when it counts. 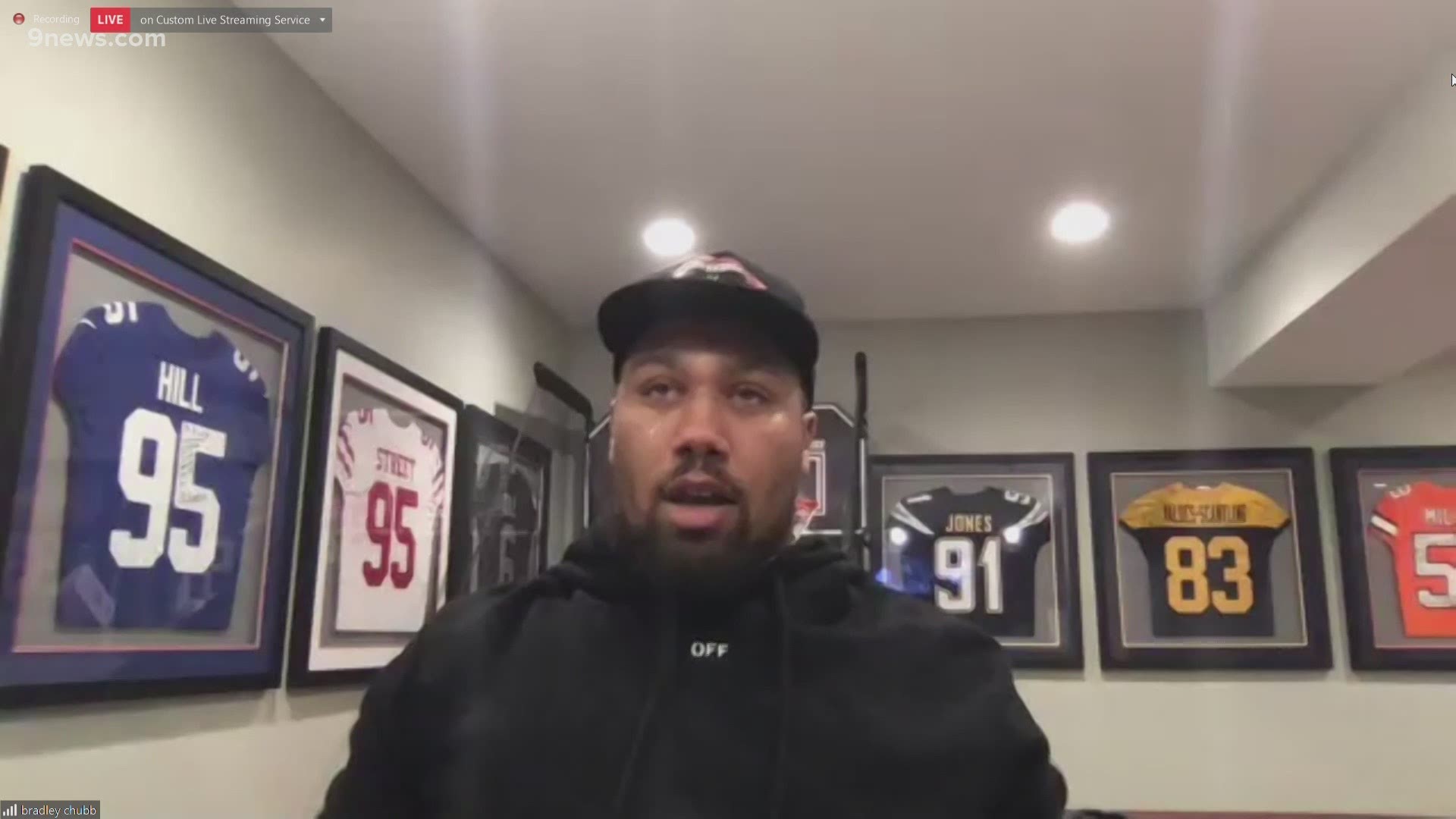 DENVER — Bradley Chubb had a cleanup ankle surgical procedure this week with the expectation that the Broncos starting outside linebacker will be ready by the start of training camp.

Chubb, a month shy of his 25th birthday, suffered the ankle injury in the second half of the Broncos’ 14th game last season, during a home loss to Buffalo. A couple of days later, Chubb learned he had been elected a starter on the AFC Pro Bowl team, his first such honor. He earned it with 7.5 sacks through the Broncos’ first 11 games.

The ankle caused Chubb to miss the final two games of the 2020 season, though at the time the expectation was that rest and rehabilitation would heal the injury. As recently as last month, a social media video showed Chubb working on his pass-rush techniques with former Broncos’ star edge rusher DeMarcus Ware.

Shortly after the Chubb-Ware workout, the Broncos picked up Chubb’s fifth-year option that guarantees him a $12.716 million salary for the 2022 season.

Ankles don’t always heal according to plan, though, and it was decided Chubb should get the ankle repaired this week. Although he will not participate in the four-week OTA and minicamp offseason phase that begins Monday, he should be ready for the start of training camp and full go by the Broncos’ regular-season opener Sept. 12 at the New York Giants.

A first-round draft pick and the No. 5 overall selection by the Broncos in 2018, Chubb broke Von Miller’s team rookie record with 12 sacks in 2018, but he then suffered a torn ACL in the fourth game of his second season in 2019.

He struggled early last season, as he didn’t have a sack through the Broncos’ first three games, but he then amassed 5.5 sacks over his next four. He will make $4.37 million this year.