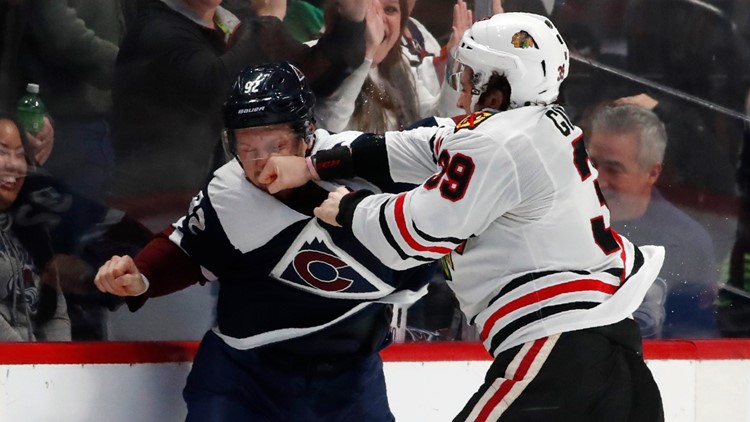 DENVER — Dominik Kubalik scored the go-ahead goal with 3:17 left and the Chicago Blackhawks rallied in the third period to beat the Colorado Avalanche 5-3.

Patrick Kane and Kirby Dach scored 28 seconds apart in Chicago's four-goal third, and Jonathan Toews had a goal and two assists to help the Blackhawks salvage the finale of their four-game season series with the Avalanche.

It was back-to-back games that Colorado squandered a third-period lead.

"It's a tough pill to swallow," goaltender Philipp Grubauer said after the loss. "We have a lot of work to do. This is unacceptable."

Kane and Kubalik also had assists for Chicago. Colorado outscored the Blackhawks 19-7 in the first three meetings but lost a late lead this time for the second straight game.

Matt Calvert had two goals and Ryan Graves added a goal and an assist for the Avalanche.