Mysterious objects were spotted over Denver Monday day but it turns out they're Loon balloons from Google. 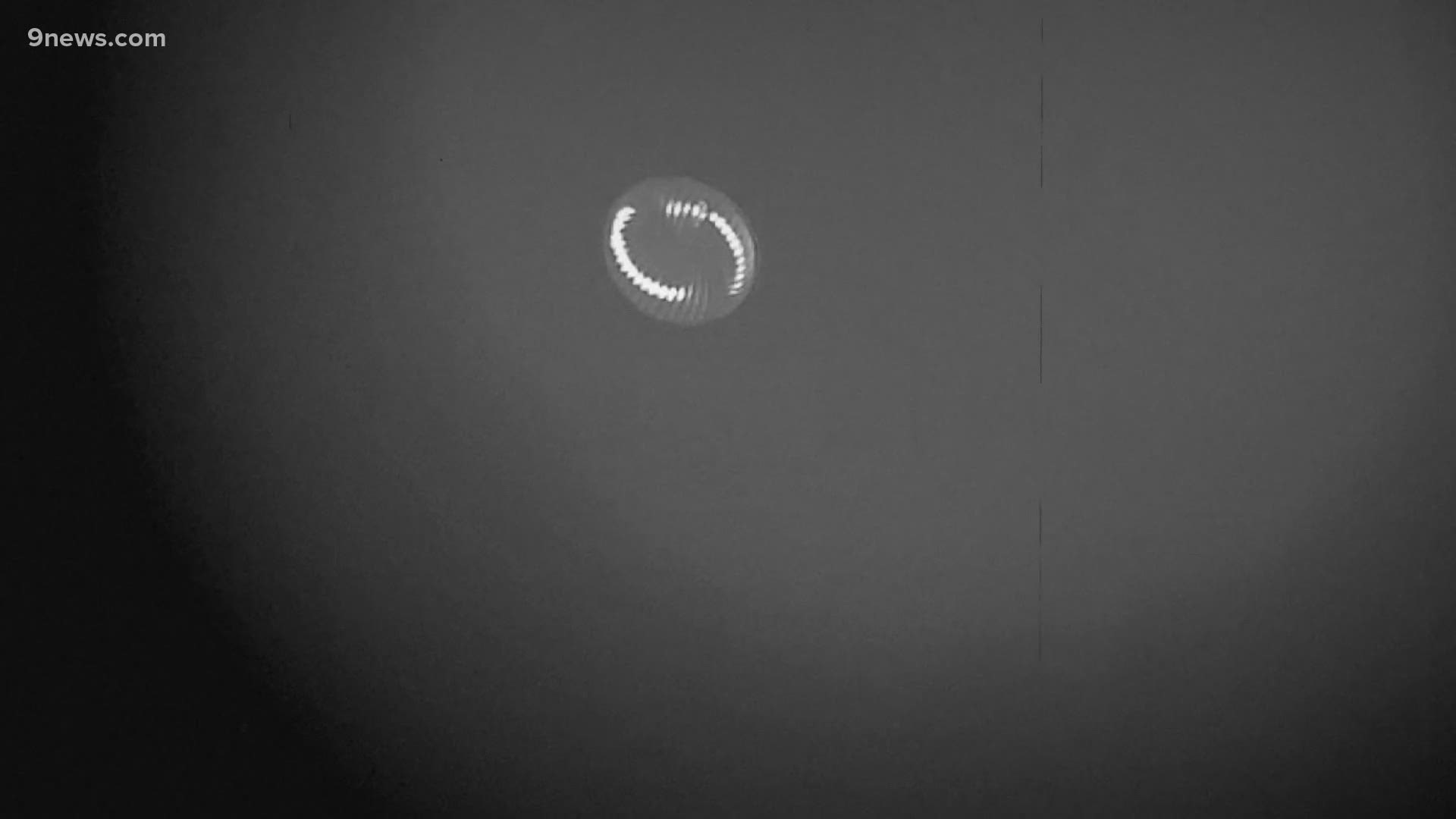 DENVER — Many of you spotted a mysterious bright object in the sky Monday night and we learned that the objects are from Google and actually have a pretty cool purpose.

They're called Loon balloons and they're headed to Africa, believe it or not, to provide balloon-powered Internet access to unserved and underserved users in Kenya and beyond, according to a spokesperson for Google.

While it may be the first time you've seen them, Google said that on any given day, Loon has dozens of balloons flying around the world as part of ongoing operations. The balloons routinely operate above the U.S., according to the company.

Over the past few years, the Loon system has been used to connect hundreds of thousands of people. To date, Loon's balloons have flown enough miles to circle the earth 1,000 times, Google said.

RELATED: Did you see a fireball over Denver? Here's what it was

Using a network of balloons traveling on the edge of space, Loon works with mobile network operators to expand coverage to unserved and underserved populations, upgrade existing networks, and provide expedient coverage after natural disasters.

Here's how they work:

The balloons are designed to last for hundreds of days in the stratosphere and when their time is up, they're navigated to a sparsely populated area where they can land safely, according to the company.

RELATED: Those mystery lights in northern Colorado were balloons

The helium keeping the balloon afloat is released, and a parachute deploys to guide the balloon slowly to the ground. A recovery team is then sent to the location to collect the balloon for analysis and recycling.

It's not the first time they've been seen around the metro area. They also were spotted in northern Colorado in Sept. 2018.