The first snow of the season created slick conditions across the Denver metro area. 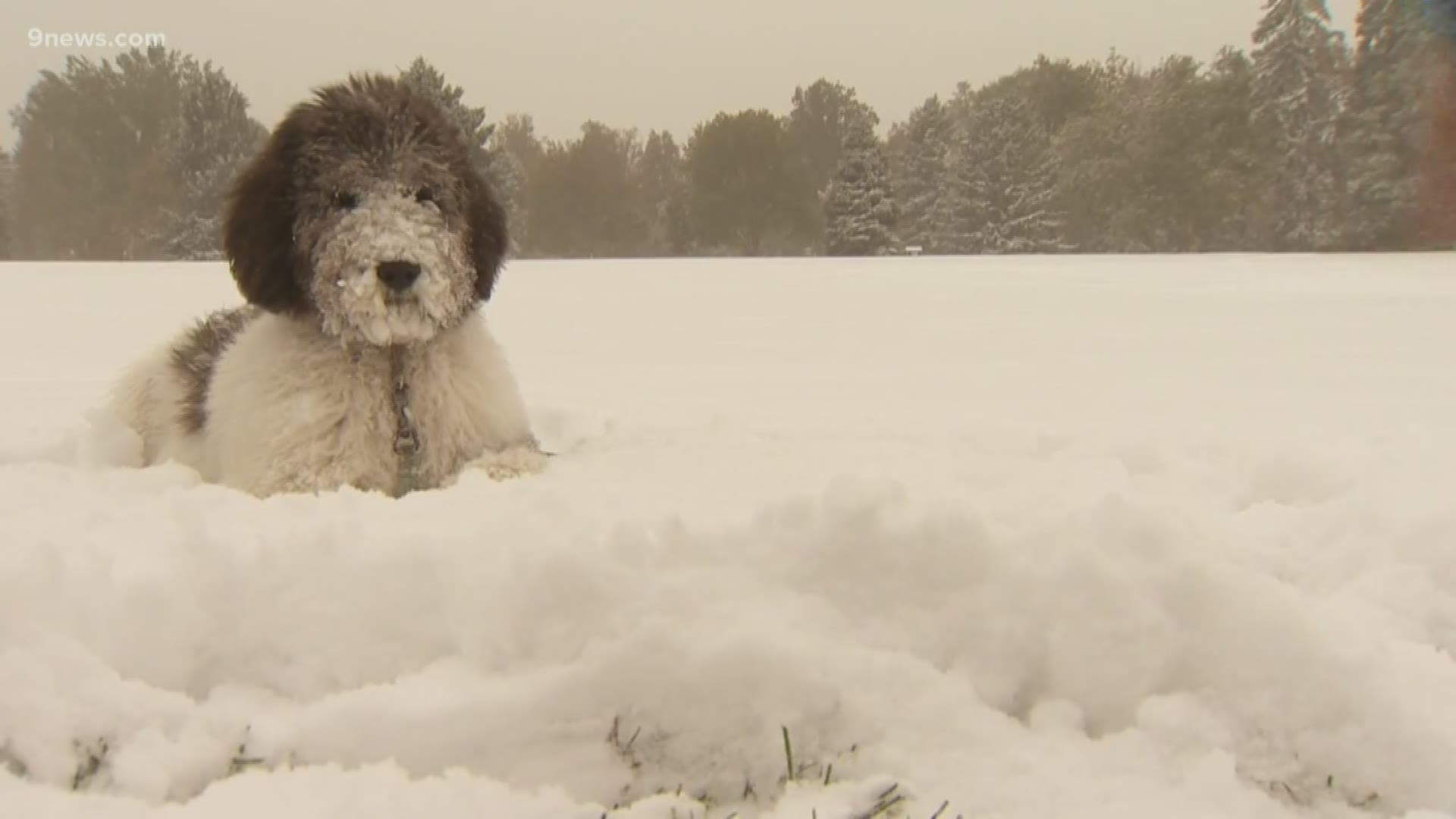 DENVER — An October storm brought frigid temperatures, heavy snow and slick roads to Colorado on Thursday, leading to dozens of crashes throughout the Denver metro area.

The snow has since ended, but the city saw a hard freeze overnight with bitterly cold, record-setting lows.

Denver also experienced the second biggest 2-day temperature drop on record when temps went from 83° on Wednesday afternoon to 9° on Friday morning, according to 9NEWS Meteorologist Marty Coniglio.

Northbound Interstate 25 was fully closed between Monument Hill at County Line to Plum Creek Parkway due to large crash involving multiple vehicles on Thursday, according to CDOT. Just before 3 p.m., all lanes were back open.

Many areas were on Accident Alert, meaning that if you are involved in a crash, and no one is injured, do not call police. The Denver Police Department (DPD) said it responded to 96 crashes during the morning commute.

A crash on southbound I-25 at Thornton Parkway blocked multiple lanes of traffic and led to long delays. Another crash on eastbound Interstate 76 near the Sheridan Boulevard exit caused lengthy backups with stop-and-go traffic.

"We can do this — everyone take some calming breaths, slow down, turn your lights & wipers on and we can all get to where we’re going safely," DPD said in a tweet.

In the mountains, heavy bands of snow led to numerous crashes along Interstate 70 where CDOT's new traction law is in effect. Vehicles need to either have snow tires or carry some sort of traction device (like chains or tire socks) at all times if they’re not four-wheel drive or all-wheel drive.

Most of those delays have been minimized to under 15 minutes, RTD said. 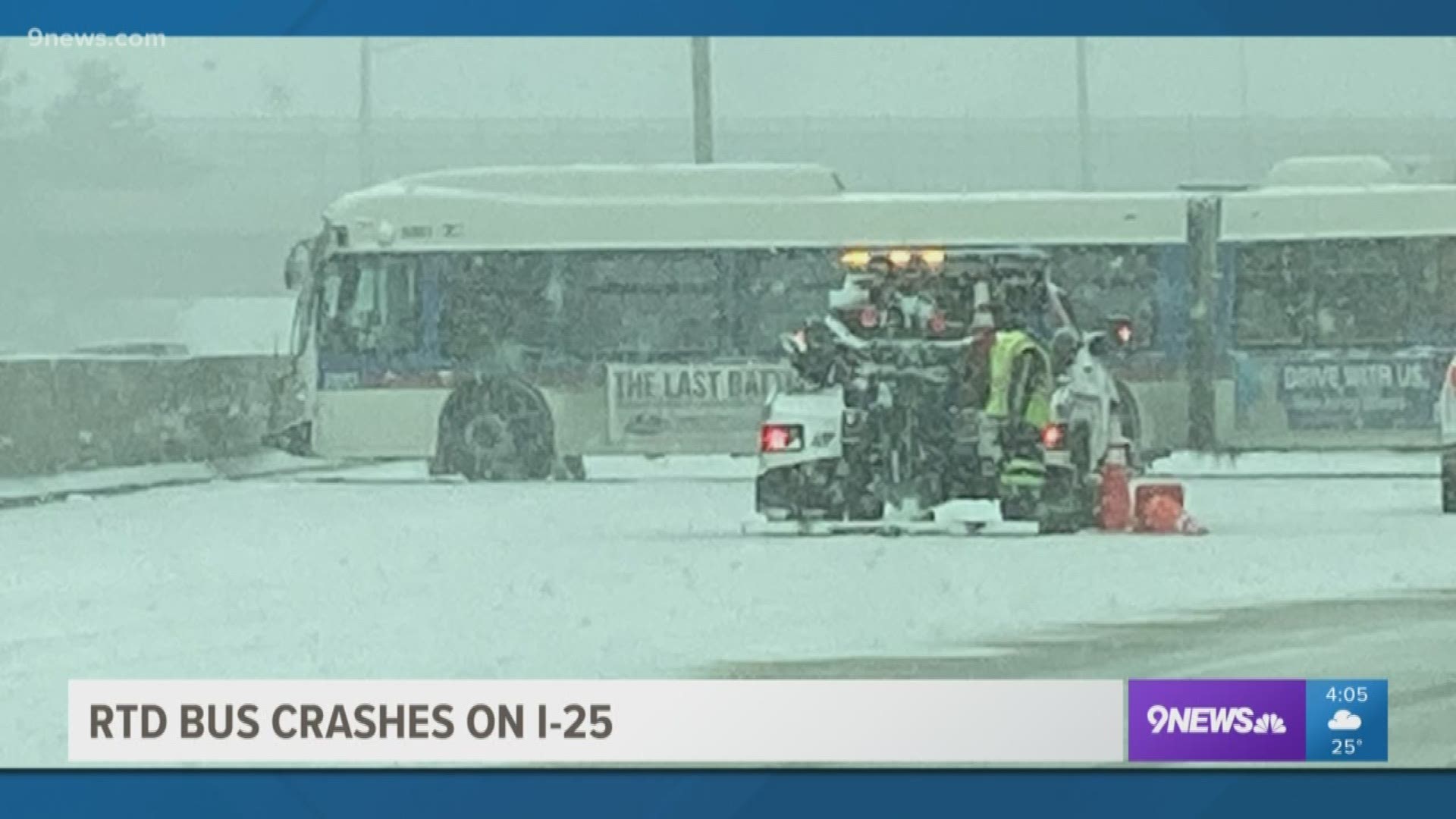 At Denver International Airport (DIA), a total of 116 flights were canceled for Thursday, and 702 other flights were delayed due to snowy conditions, according to FlightAware.

The city has 68 plows that put deicer on main city streets to break down the snow and ice for better traction. A fleet of 36 light snowplows were on standby to clear the side streets if necessary.