Snow Blog: Will it snow on Thanksgiving?

It will mostly be mountain snow with the next couple storms. 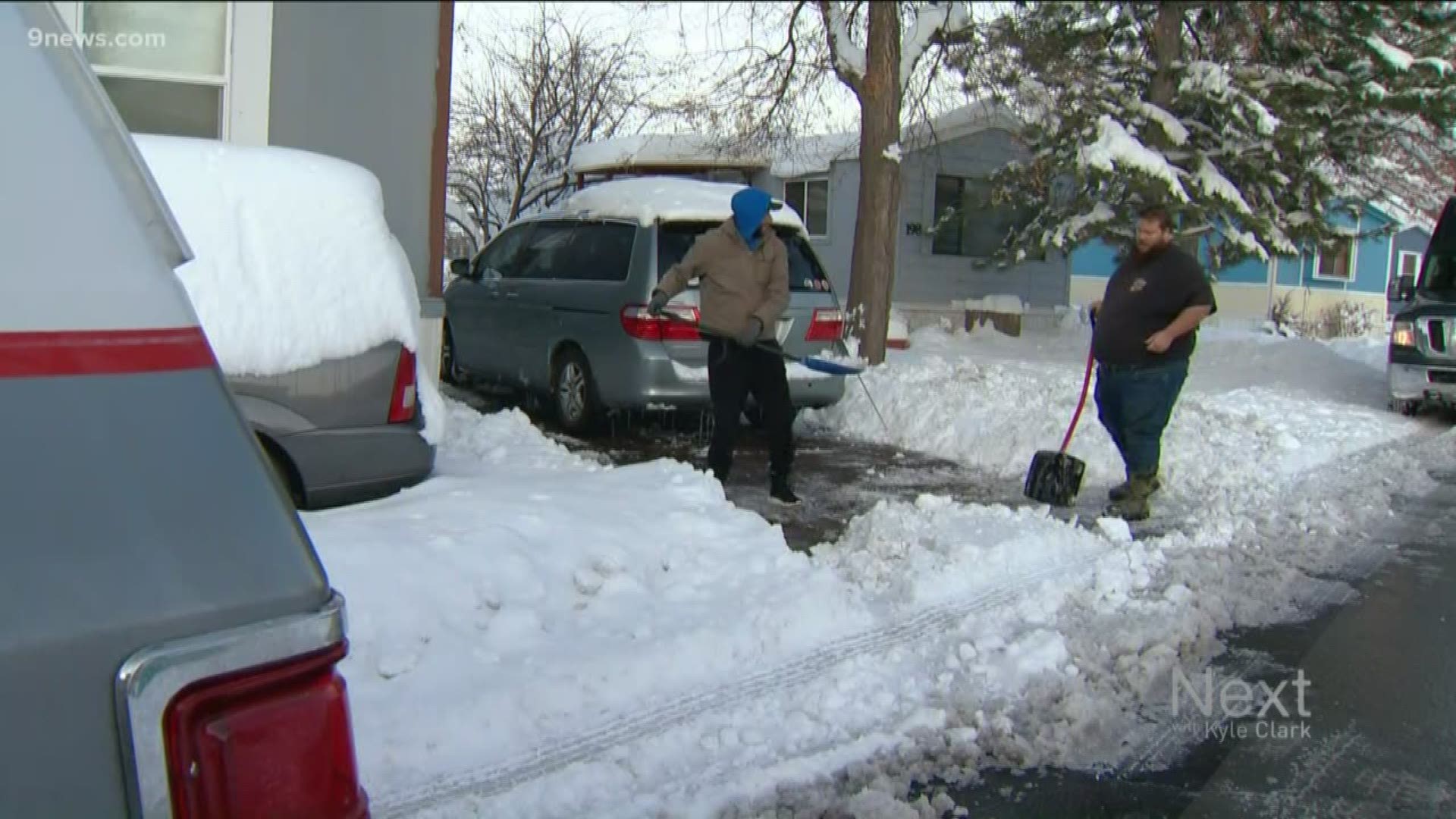 COLORADO, USA — This blog monitors incoming winter storms through computer forecast models. It will be updated once a day until after Thanksgiving weekend.

A surface low is beginning to tighten up near the Nebraska Panhandle tonight. As it does, the winds on the Front Range will strengthen. Wind gusts along the foothills could hit the 60-80 mph range by morning with gust on the eastern plains up to 60 mph.

Snow will continue on the mountain passes until late Saturday night.

This positioning of this storm system continues to trend further northeast of Colorado. It is likely this one will only bring light snow to the northern mountains, with maybe less than 3 inches of accumulation.

A weak southern storm track with this one. Looks like only light snow for the central and northern mountains, but the southern mountains could pick up 1-4".

This storm solution has been holding as a more significant winter storm for the Colorado mountains, but little impact to the lower elevations.

The next round of snow will start to develop in the Colorado high country Thursday evening, and pick up in intensity overnight. Travel on the mountain passes will be difficult throughout the entire day Friday and into Saturday morning.

A wave of freezing drizzle and light snow showers will be possible again on the eastern plains Friday morning. Those showers could even sneak into the Denver area, but that is unlikely to happen.

By the afternoon showers have a better chance of developing in the metro. Those showers will likely be a mix of freezing drizzle, sleet, snow, and even rain. Highest chance of this happening is between 2pm and 10pm.

High winds will be the main story on the Front Range Friday night and Saturday morning. Hurricane force wind gusts will be possible in the foothills and in the metro areas west of I-25. That includes Colorado Springs, Castle Rock, Denver, Boulder Valley, Loveland, and Ft. Collins.

Chance of snow in Denver Friday evening: 55% (less than an inch, and scattered).

This storm system will pass to the northeast of Colorado but only close enough to bring a slight chance of light snow to the northern mountains. 1-4" most likely.

GFS showing this storm system mostly impacting the mountains, with a slight chance of light snow in the Denver Metro.

GFS showing a more significant winter storm in this period. Mostly for the mountains, but could impact the metro. This signal has not been very consistent yet.

A stormy period of winter weather is underway in the Colorado high country. Winter Storm Warnings are out for the southwestern mountains. Those go through Saturday as they will be impacted by a double dose of storms over the next 3 days. 1-4 feet of snow and 60 mph wind gusts are possible.

No advisories are in place for southeastern Colorado but some snow is likely there tonight into tomorrow morning. 1-3" possible.

Some snow showers and freezing drizzle may try to move into northeastern Colorado early Thursday morning. A Winter Weather Advisory is out for the Tri-State area due to this possibility, along with a High Wind Watch for parts of Nebraska. This goes from midnight tonight to 5pm Thursday.

It is only slightly possible that these snow and drizzle showers moves close to the Denver area. Palmer Divide probably has the best chance.

A shallow cold layer expand over northeast Colorado by Friday morning bringing some snow showers, and freezing drizzle to the Denver area maybe even before sunrise.

If this threat of freezing drizzle continues to increase, a Winter Weather Advisory may have to be issued for the metro and the eastern plains.

Then by the afternoon, a wave of snow showers moves through the metro area. This could bring a brief heavy snow to Denver in the afternoon. Should be quick though. Some models are indicating that it could be heavy enough to get some accumulation but likely less than an inch.

Accumulation is not likely to be more than an inch on the eastern plains Friday afternoon either.

This storm system will pass to the northeast of Colorado but only close enough to bring a slight chance of light snow to the northern mountains.

A couple storms are likely to come close to Colorado in this timeframe but nothing in the early signals shows anything alarming at this point.

Two separate weather disturbances will move through the area and overlap during the next four days.

The first one is on Wednesday and Thursday. While the main impacts will be to New Mexico and the Texas Panhandle, it will also bring some snow to the San Juans and the southeastern Colorado plains.

There is a Winter Storm Warning for the southwestern mountains that will go into effect at 5 p.m. Wednesday night and last through the duration of this event. One foot to 4 feet of snow is expected, along with strong 60 mph winds.

There is no advisory posted at the moment for the southeastern plains, but snow will hit there a little after 8 p.m. Wednesday night and last until about 8 a.m. Thursday morning. One to three inches of accumulation looks possible there.

RELATED: Here are things Coloradans are using to measure the November snow (that aren’t rulers)

On Thursday morning, those showers will spread into the northeast part of the state. Snow, sleet and freezing drizzle will be possible in spots, not likely including metro Denver.

Colorado Springs, the Palmer Divide and the eastern plains could see that mix, but the impact should be minimal.

Then before that one even exits to the east, the other storm will be moving in from the west.

Snow could be quite widespread on the Western Slope from Thursday afternoon to Friday evening before it tries to slip onto the Front Range.

Modeling shows some light snow with less than an inch of accumulation in the Denver area and other parts of the eastern plains from 5 p.m. Friday night into Saturday morning. This appears to be scattered and light.

This storm will likely remain a mountain-only storm with 3-6 inches possible in the central and northern mountains.

No consistent signals in this time frame. GFS shows a flat jet stream pattern in the west, although it does place that above Colorado, so some mountain snow chances look possible in the timeframe.