This is the first time this has happened in over eight years, and it's mostly due to our soggy (and snowy) spring. 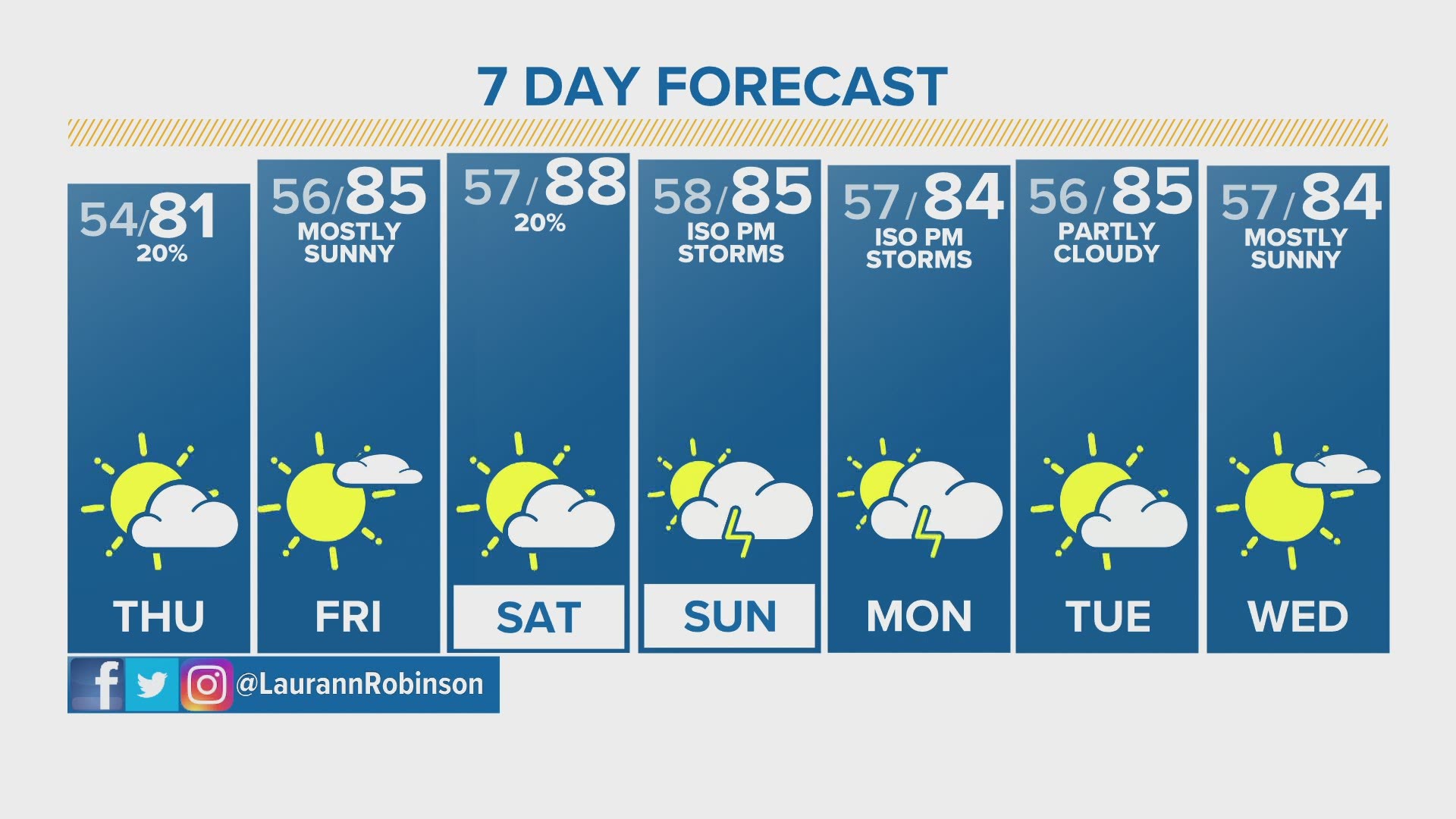 DENVER — Old Man Winter has overstayed his welcome and then some.

Denver finished May with below-average temperatures, something that has happened for four straight months.

Here's how it broke down:

These statistics are all based on official observations at Denver International Airport, where official National Weather Service records are kept.

What's with all the chilly weather? You can mostly thank the exceptionally gray, soggy and even snowy weather that's given Denver a flavor of the Pacific Northwest for the last few months.

RELATED: This is Denver's wettest start to a year since 1983

It's no coincidence that each of the last four months has also featured above average precipitation.

Denver's trademark sunshine is hiding behind the clouds, keeping the city - and much of the Front Range - shivering in chillier temperatures.

May is tied with July for Denver's wettest month of the year, with an average of 2.16 inches of precipitation. But, it's normally mixed in with a healthy amount of sunshine, something that was sorely lacking this year.

Thirteen of 31 days last month had measurable precipitation, and only four days were mostly or completely sunny in Denver.

RELATED: Denver's wet May was a stark contrast to the Pacific Northwest

If you're looking for some warmer weather, though, it's on its way! Denver will likely hit 90 degrees on Friday or Saturday, which would mark the city's first 90-degree reading of the season.

Also, the month of June overall is looking on the warmer side as well.

June is here! And the @NWSCPC says so is the heat! Above-average temps likely across Colorado. #9wx pic.twitter.com/FlWPi8DYKl

Hang in there, Denver.