Employees tried to get the suspects' license plate when one of the men pointed a handgun at them, according to Golden Police. 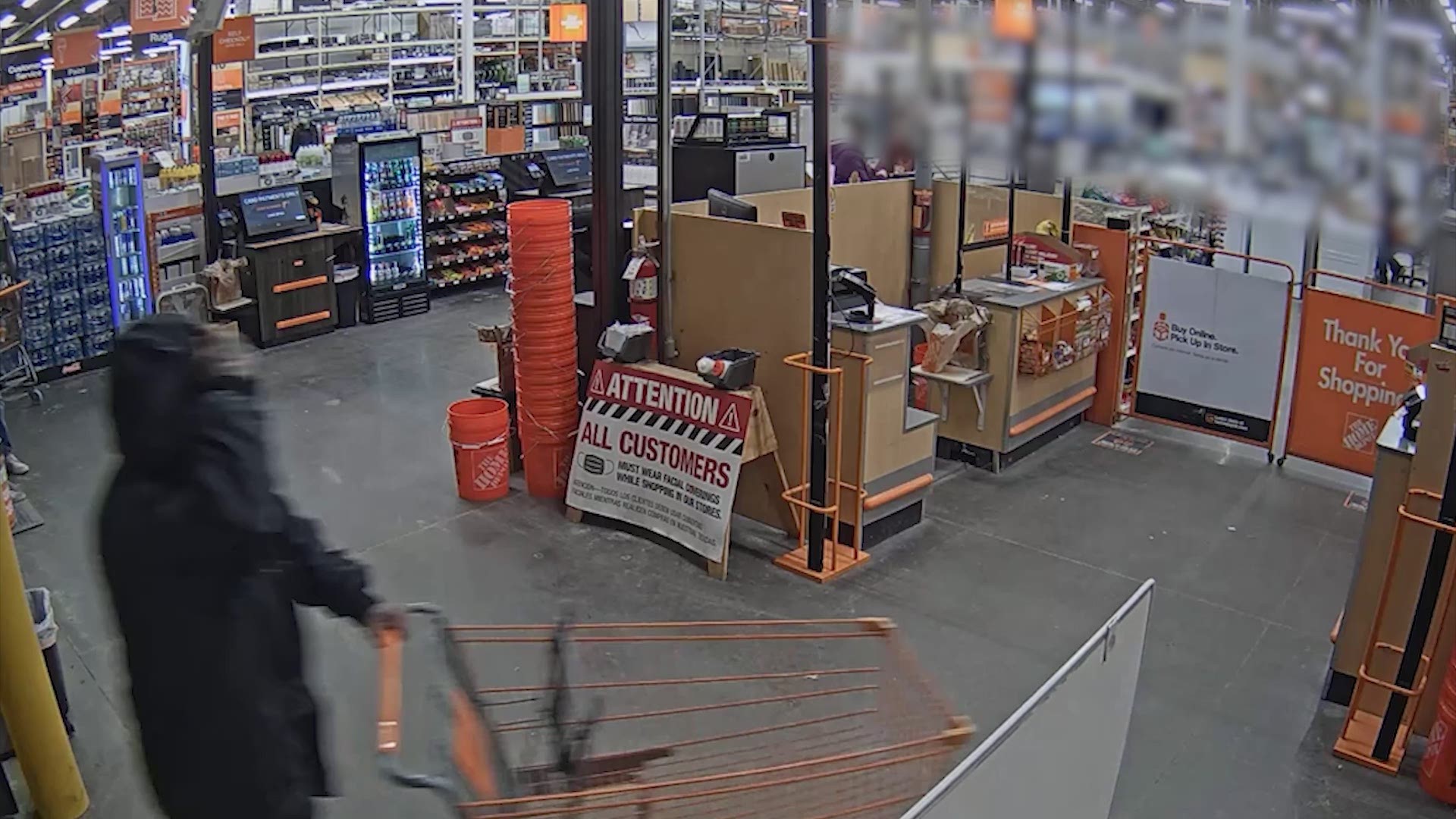 GOLDEN, Colo. — The Golden Police Department (GPD) asked for the public's help on Tuesday in identifying two men involved in an armed robbery of a Home Depot.

The robbery occurred on the evening of Tuesday, Jan. 29, at the Home Depot at 16900 W. Colfax Ave., southwest of the intersection of U.S. 6 and Interstate 70, according to a GPD press release.

At 7:48 p.m., one of the men entered the store through the main exit doors, took several Milwaukee drill combo kits from a promotional display and ran out the contractor service doors, the release says.

The second man waited in a vehicle in the parking lot. Store employees told police that as they attempted to get a license plate from the suspect vehicle, the second man pulled out a handgun, racked it and pointed it at the employees, the release says.

The first man was described as white or Hispanic, 5-foot-7 to 5-foot-9, with black hair half in a ponytail. He was wearing a black jacket and tan boots. He had a tattoo on his right hand that police said was unknown and distinct.

There was no description provided of the second man except that he wearing a black jacket.

The suspect vehicle was described as a light-colored four-door sedan with a Colorado temporary tag. A witness identified the vehicle as a Honda Accord, possibly a model between 2008 and 2012, the release said.

Anyone with information on the robbery or the suspects can contact Golden Police at 303-384-8034.

Credit: Golden Police Department
One of the men involved in a robbery Jan. 29, 2021, at the Golden Home Depot has what police call "an unknown distinct tattoo" on his right hand.

Credit: Golden Police Department
Golden Police released this photo of the suspect vehicle involved in an armed robbery at a Home Depot on Jan. 29, 2021.