They will be placed in the care of animal welfare agencies throughout the state, including the Dumb Friends League. 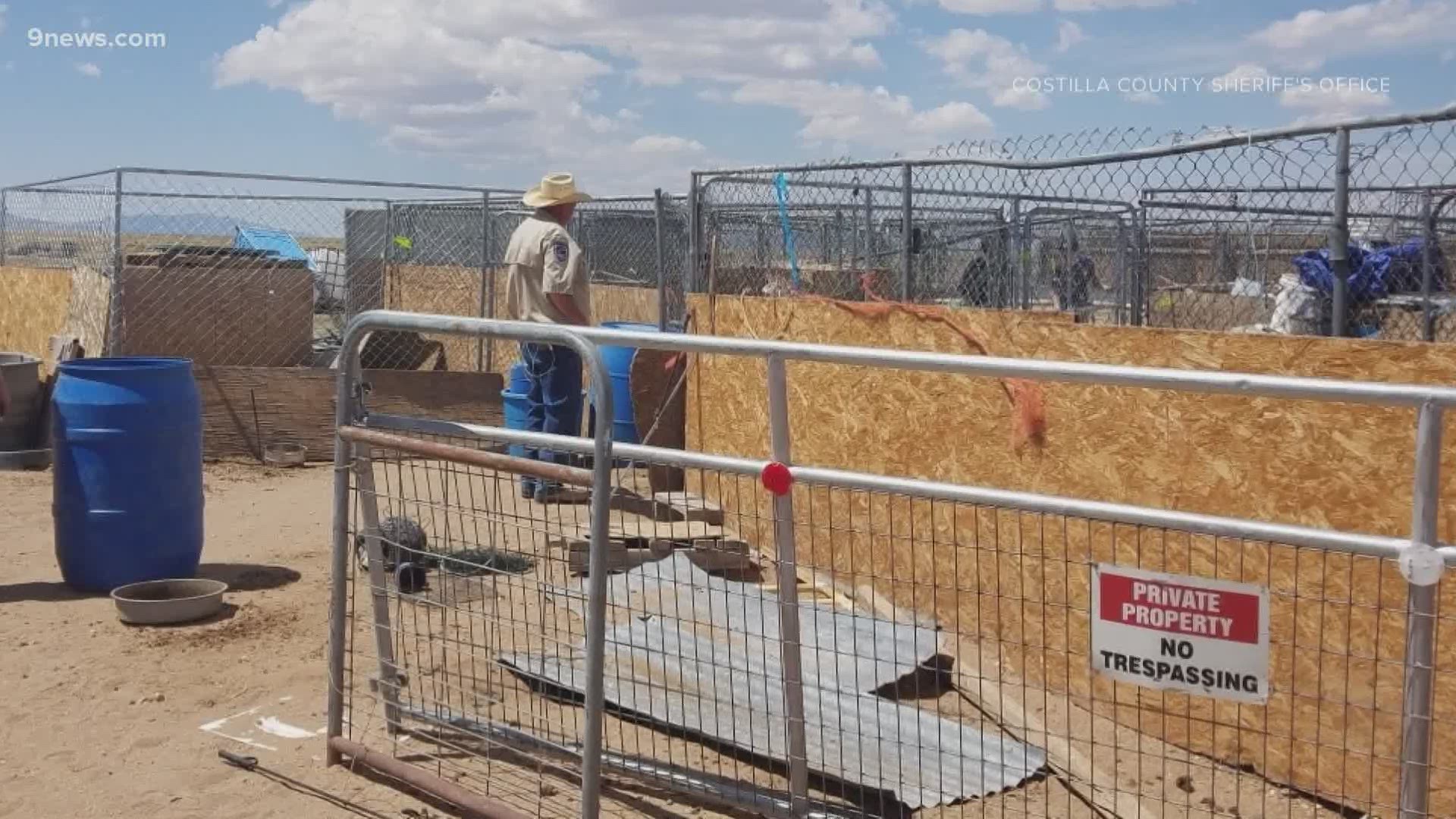 The Costilla County Sheriff’s Office as well as several other agencies executed the search warrant at the property just west of Mesita on Tuesday. They also found two deceased animals, according to a news release from the sheriff’s office.

Potential charges against the owner will be forwarded to the district attorney’s office. The Costilla County Sheriff’s Office and Colorado Humane Society are heading the investigation into what happened at the home.

The dogs that were seized will be taken care of by animal welfare agencies throughout the state, including the Dumb Friends League in Denver.

What happens next is pending the owner’s due process and a cost of care hearing by the court, according to the release.

Mesita is located southeast of Alamosa and just north of the New Mexico border. It is an unincorporated rural community.

RELATED: Proposed bills would ban the sale of dogs and cats in Minnesota stores