'We're only a couple of steps ahead of this virus': Governor urges caution ahead of 4th of July holiday

Gov. Jared Polis urged everyone to continue wearing masks and practice social distancing with the upcoming 4th of July holiday. 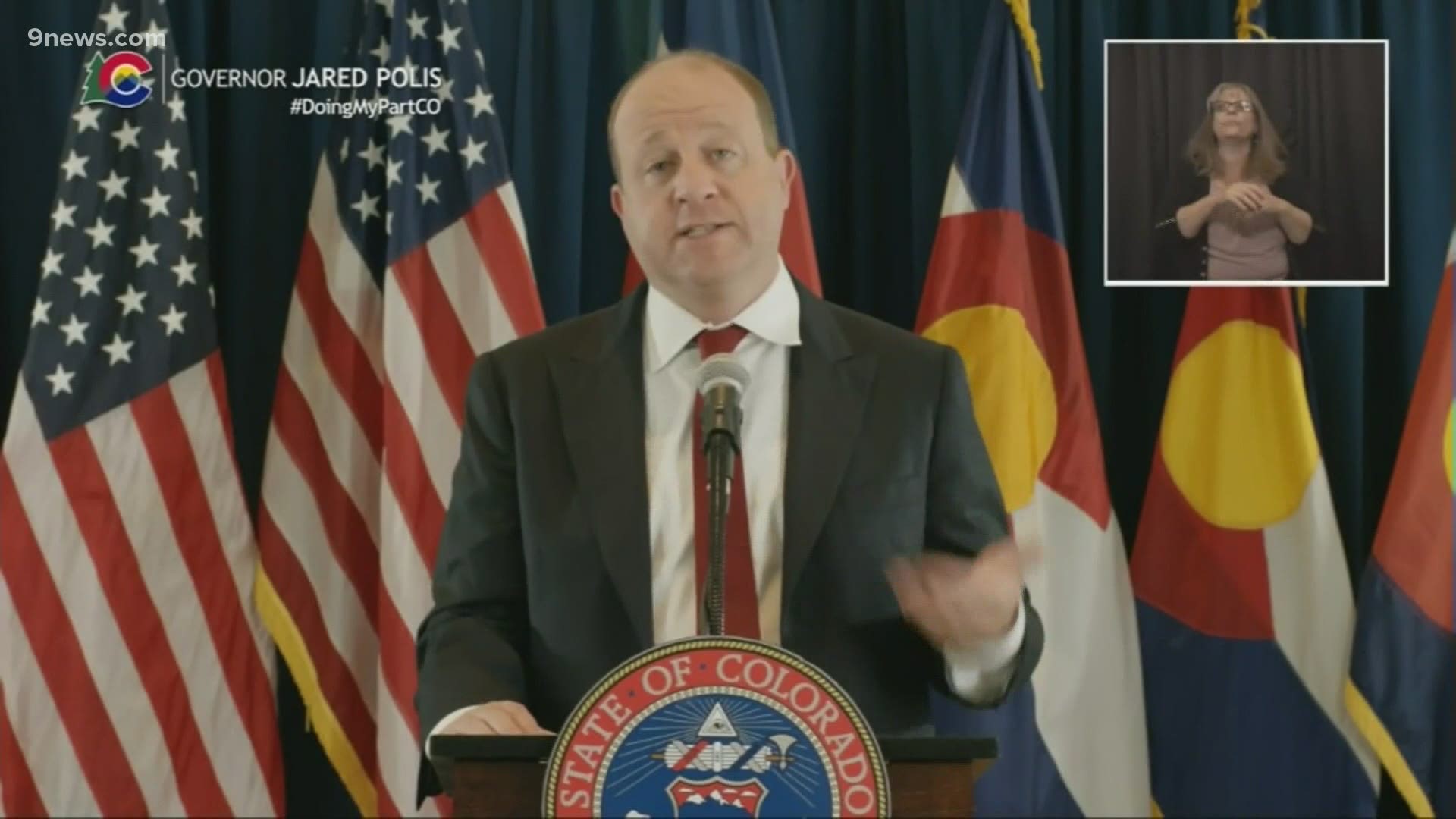 DENVER — With the 4th of July holiday just over a week away, Colorado Gov. Jared Polis (D-Colorado) on Wednesday expressed concern about the potential for an increase in cases of the novel coronavirus as people gather together to celebrate.

"A lot of people are making plans for 4th of July," he said. "Many states are reporting increased cases. Many of the public health officials attribute that to Memorial Day weekend. We're only a couple of steps ahead of this virus."

He urged people to celebrate the upcoming holiday with their own family or perhaps one other family. While gatherings of up to 50 people are allowed under current guidelines, he asked that those types of gatherings be avoided if possible.

Polis was joined at a news conference by state epidemiologist Dr. Rachel Herlihy, who spoke about the latest numbers in our state and showed a graph that visually showed a downward trend through June 7. Since that time there's been an uptick in the number of cases, so far though, they're simply monitoring those numbers as well as some smaller outbreaks happening in the state.

"We're really in a place that is a bit tenuous for us," Herlihy said. "Last week the numbers were higher than the previous week, so because of this, the time is very critical for us to ensure that all the different strategies we've been using to date, mask wearing, social distancing, need to continue."

"The absolute level is less concerning that a trend over time that would ultimately lead to overwhelming hospitals," said Polis. "That's why we want to make sure that 4th of July plans aren't a setback, people continue to wear masks and take this seriously. That we stay six feet apart whenever possible, small groups rather than large groups, these are the kinds of ways we can live to prevent this trend from getting worse." 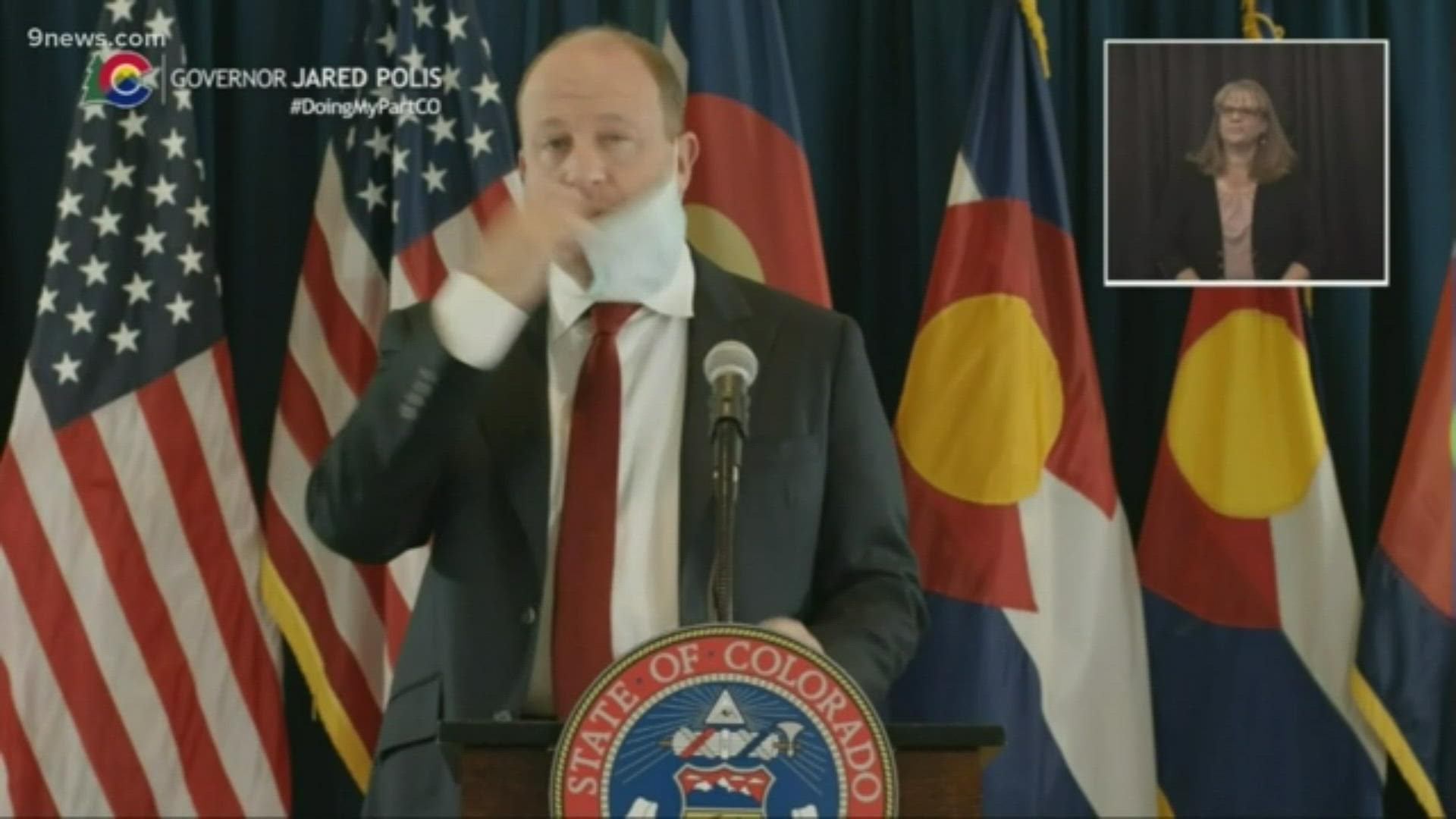 Herlihy said the average age of COVID-19 patients has been decreasing. She described that as "good news" because older patients tend to have more severe cases. She attributed the trend to more widespread social distancing practices among that age group, and both she and Polis urged younger people to take the virus seriously.

"It's important that 20-somethings realize that this is a significant virus of people their age as well," said Polis. "For people in their 20s, it's still one-in-15, one-in-20 that need to be hospitalized."

Polis said we need to remain vigilant because even though we've increased hospital capacity by about 20%, there won't be enough space if there's another big spike.

"We are in a better position [than when the pandemic started], but If we hit much higher levels we don’t currently have the supplies in place to handle that," he said.

Polis also announced that outdoor visits at nursing homes and other long term care facilities will be allowed and hinted that the next phase of reopening might not apply statewide.

"It will occur based on the prevalence of the virus in a particular area," he said. "For instance, it wouldn't occur after a spike in a particular area or county. They would have to get that under control, show improvement for a week or two, and then they would be able to enter that phase."

Guidelines for the so-called "protect your neighbors" phase were still being finalized, according to Polis.

Last week, Polis announced that he would move to do one briefing per week, which is down from the three times a week during the height of the virus outbreak.

When he spoke last Thursday, Polis said Colorado has continued to see a downward trend of new COVID-19 cases, but emphasized the continued need to wear masks in public and to exercise personal responsibility to help slow the spread of the novel coronavirus.

Over the weekend, the governor's office announced that he signed executive orders extending the state of disaster declaration and requiring employees of public transit and critical businesses to wear face masks.

The other order directs the Colorado Department of Public Health and Environment (CDPHE) to issue a public health order "requiring that employees, contractors and others providing services for Mass Transportation Operations and Critical Businesses where employees, contractors, or others who interact in close proximity" wear medical or non-medical cloth face coverings over the mouth and nose.

The order does provide an exemption if wearing a mask would inhibit an individual's heath.