Officials said we're continuing to see a downward trend in positivity rates and hospitalizations related to the virus, but said things can change quickly. 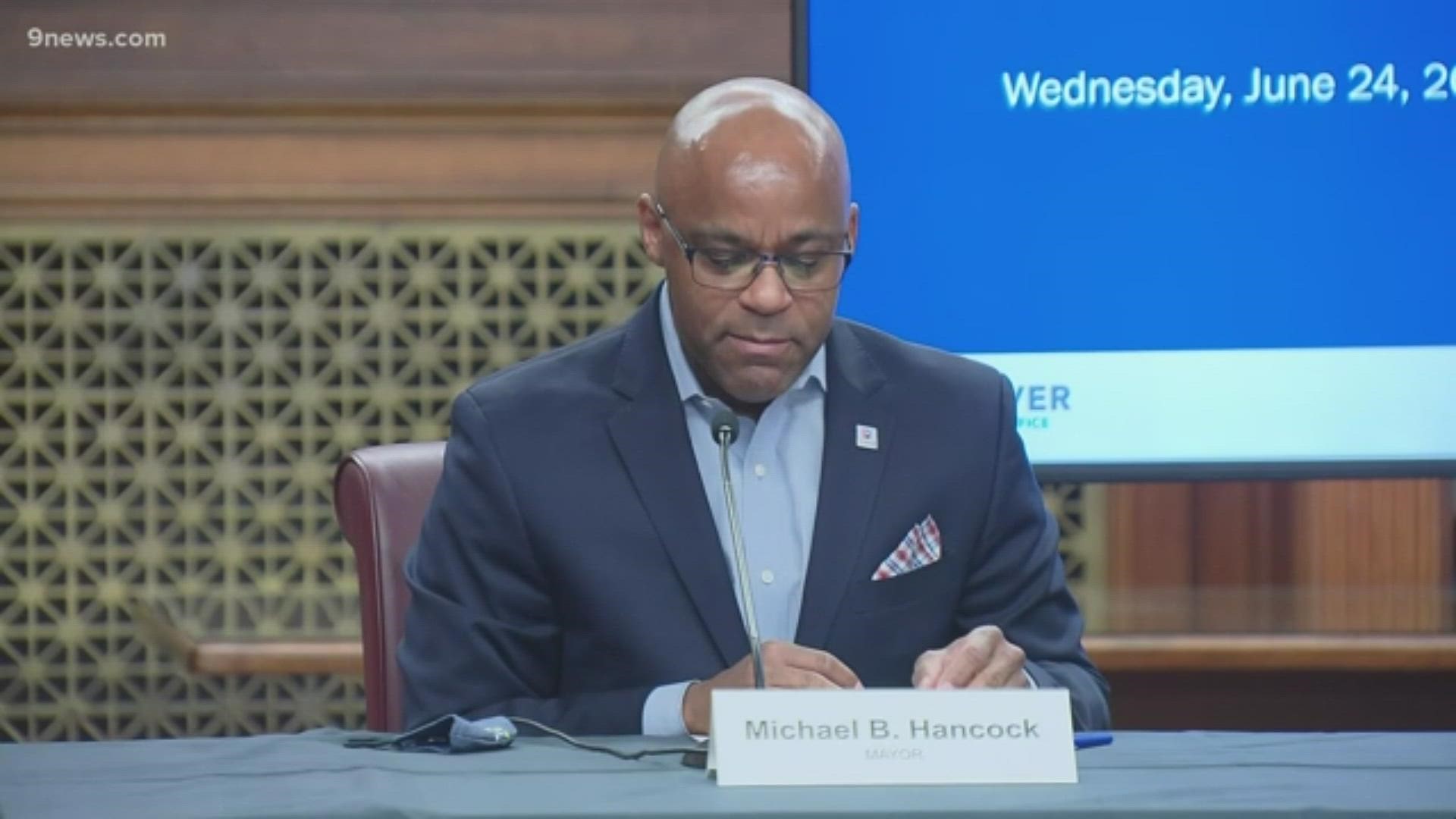 DENVER — Denver Mayor Michael Hancock and city health officials said Wednesday that they won't be lifting the mandate for face coverings anytime soon in an effort to keep things moving in the right direction when it comes to the novel coronavirus.

"If we see numbers starting to go up again ... We won't hesitate to call a timeout from further relaxing of restrictions," Hancock said.

Officials said we're continuing to see a downward trend in positivity rates and hospitalizations related to the virus, but said things can change quickly and used other states as examples of what could happen if we loosen too many restrictions too soon.

"All you have to do is look at states like Texas and Florida to get examples," Hancock said. "Other examples, we're getting numbers from Memorial Day weekend, with people starting to get out and interacting with others again, there is an uptick here in Colorado." 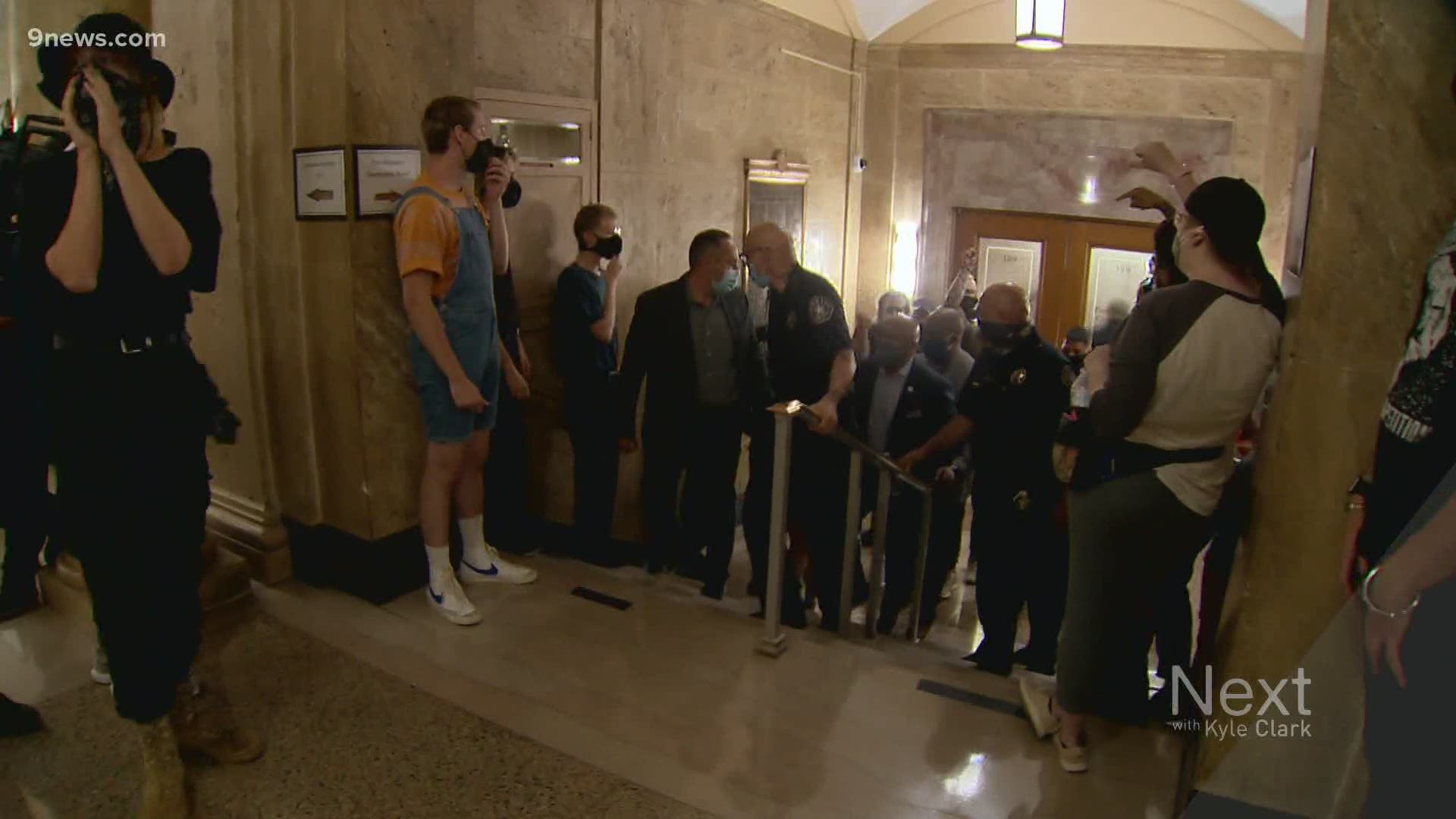 Still, Hancock and McDonald said the city and state were moving in the right direction. McDonald noted that for the past two weeks the city has met its goal of testing 1,000 people per day, which is what is recommended based on the city population.

"A 5% or below positivity rate is the state's target of where we want to be if we want to continue opening up as a state," Hancock said. "Our positivity rate right now stands around 3%. And our contact tracers have already made about 2,200 calls to people who may have been exposed."

McDonald acknowledged there was an increase in cases over the last seven days, but said he wasn't yet alarmed and said so far what he was seeing wasn't outside of the normal ebb and flow of cases.

This was the first briefing related to COVID-19 in June from the city as restrictions have continued to be relaxed. Hancock said we need to continue "being smart" so we don't need to backtrack

"We don't want to ease up on restrictions and then ease up on face coverings and then this gets away from us and tighten everything up like we did in the beginning," said McDonald.

In recent weeks many businesses and entertainment facilities have opened. They include places like dog parks, the Denver Zoo and other museums within the city.

Many services have also resumed, including limited in-person services at city libraries.

Health officials also noted that they see more than 100 complaints per week about businesses violating restrictions under public health orders. Most are responded to within about 24 hours, according to McDonald who said they first issue warnings and provide education about compliance. When those options don't work he said they have taken actions to close places down.

"Unfortunately we have seen businesses who have exceeded the cap," said McDonald. "We're going to do what we need to do to protect the public."

He did not name any businesses and said that there's "far more" compliance than there is non-compliance.

Face coverings continue to be mandatory while inside of, or waiting in line to enter, any retail or commercial business, any location or facility offering government or health care services and while waiting for or riding on public transportation.

RELATED: Denver dog parks, other facilities to reopen with restrictions

> Click/tap here to read more about the city's recovery and guidance for moving forward.

At his last briefing, Hancock addressed a budget shortfall due to COVID-19 and said they had launched free testing and working to increase their ability for contact tracing.