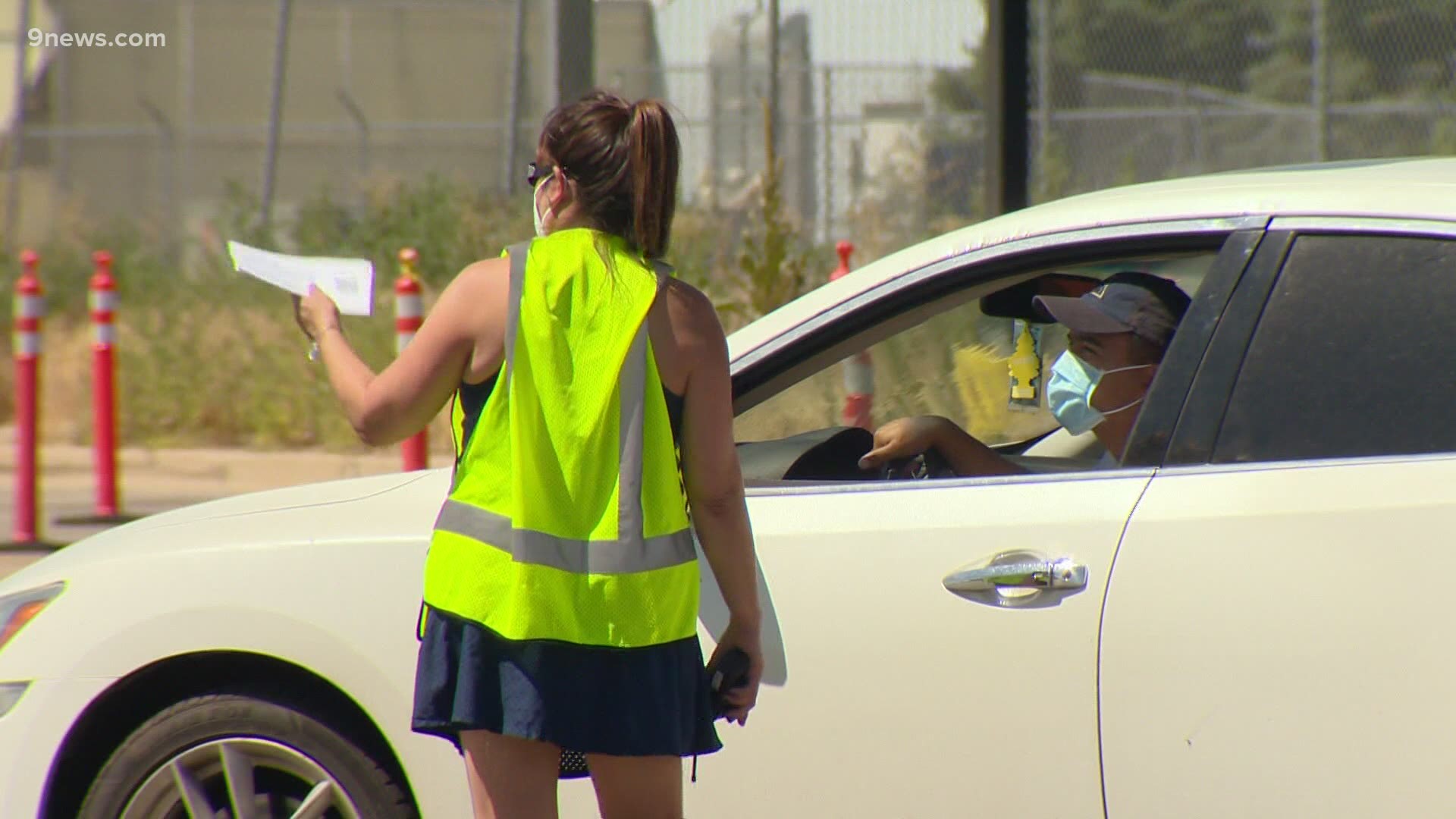 DENVER — Changes are being made at the Pepsi Center COVID-19 testing site.

The testing site opened a drive through testing lane exclusively for college students earlier this month to provide quick, easy and safe testing for students dealing with outbreaks on their campuses.

"We’re working with those schools directly to manage the outbreak, but we wanted to be proactive with the other campuses and those students, so we opened up the lane here at the Pepsi Center to offer that service,” said Tony Diaz, emergency management coordinator for Denver Department of Public Health and Environment (DDPHE).

Students won’t be able to use the special lane for long as the Pepsi Center testing site is set to stop operations on Wednesday, Sept. 30.

Diaz said this is in an effort to focus more on community-based testing sites which allow people to get tested close to home.

RELATED: One Aurora COVID-19 testing site to close, another to open

A press release from DDPHE says:

“The Pepsi Center site provided the broad, regional testing capacity needed early in our response, to stand in the gap to give the city time to build out a community-based testing program,” said Executive Director Robert McDonald, DDPHE and the public health administrator for Denver. “With that accomplished, the city can focus its testing resources where they are most effective, at a community level in highly impacted and underserved neighborhoods.”

This isn’t the first time changes have been made at the testing site.

On Sept. 13, the site reduced its drive-through lanes from eight to four, according to DDPHE.