The U.S. Forest Service said the invasive, destructive pest was discovered in ash trees in Westminster. 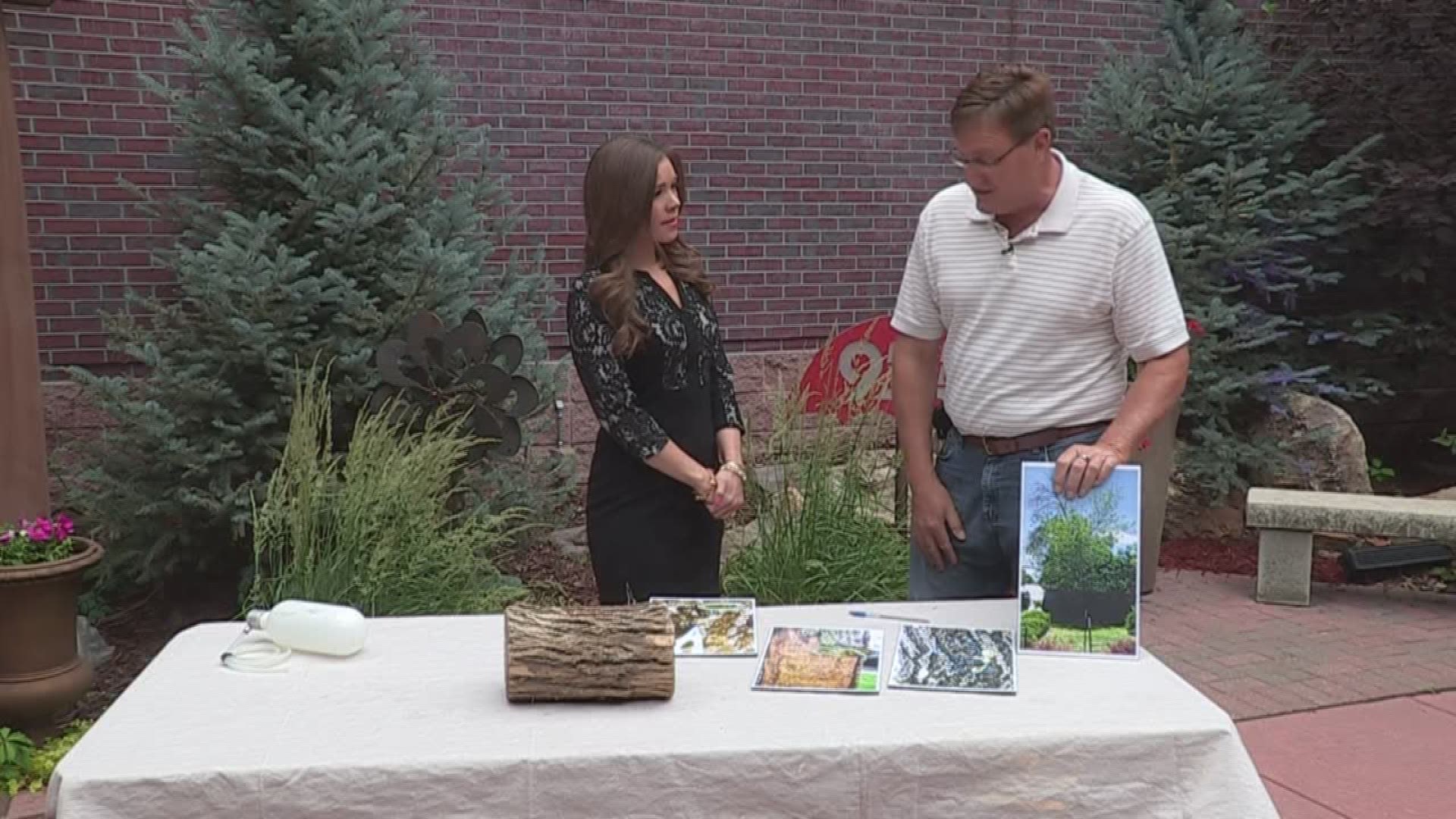 WESTMINSTER, Colo. — The highly-invasive emerald ash borer (EAB) has been confirmed just north of Denver in the City of Westminster, according to a release Wednesday from the U.S. Forest Service.

The detection is the second confirmation of EAB in Colorado outside of a federal quarantine in under a month's time. On Aug. 20, the U.S. Forest Service announced it had detected the pest in a tree in Broomfield.

After further investigation by City of Westminster forestry staff, EAB was also discovered in ash trees near 128th Avenue and Zuni Street.

"It is unknown whether EAB arrived in Westminster by natural spread or via accidental human transport, such as in firewood or other raw ash material," the release says.

EAB is highly destructive, attacking and killing stressed and healthy ash trees — typically within 2-4 years after infestation. About 15% of urban and community trees in Colorado are susceptible to the pest.

The first confirmed emerald ash borer was in Boulder in 2013. The pest spread to trees in Gunbarrel, Longmont, Lafayette, Lyons and Superior – all within the quarantine area.

The quarantine is meant to prevent the human-assisted spread of EAB via ash nursery stock, firewood and other wood that may contain the pest. The release says the quarantine boundaries will not change at this time.

According to the City of Westminster, about one in seven trees are susceptible to EAB. Forestry staff recommend that ash tree owners in the city consider having their trees treated next spring, when treatments are most effective.

Determine now if you have any ash trees

Identifying features of ash trees include compound leaves with 5 to 9 leaflets; leaflets, buds and branches growing directly opposite from one another; and diamond-shaped bark ridges on mature trees. More information about a related app for mobile devices is available at csfs.colostate.edu/emerald-ash-borer.

If you have an ash tree, start planning

Decide if the overall health of the tree merits current or future treatment or if it would be best to remove and replace it with a different species. If you aren’t sure, contact a certified arborist. If pesticide treatment is the preferred option, the applicator must be licensed by the Colorado Department of Agriculture as a Commercial Pesticide Applicator.

Property owners with ash trees should be on the lookout for thinning of leaves in the upper tree canopy, 1/8-inch D-shaped holes on the bark and vertical bark splitting with winding S-shaped tunnels underneath. Report suspect trees by calling the Colorado Department of Agriculture at 1-888-248-5535 or filling out their EAB Report Form at colorado.gov/pacific/agplants/eab-identification-and-reporting.

Be aware of EAB imposters

Do not transport ash or any hardwood firewood, or any other untreated ash wood products, to other locations. Boulder County and some surrounding areas are still under a federal EAB quarantine, allowing for significant fines for those who move untreated wood from the area.

> Click/tap here for more information about ash tree identification, the symptoms of EAB and treatment options.