Aurora Police said they will take action if the officer is found to be in violation of the public health order. 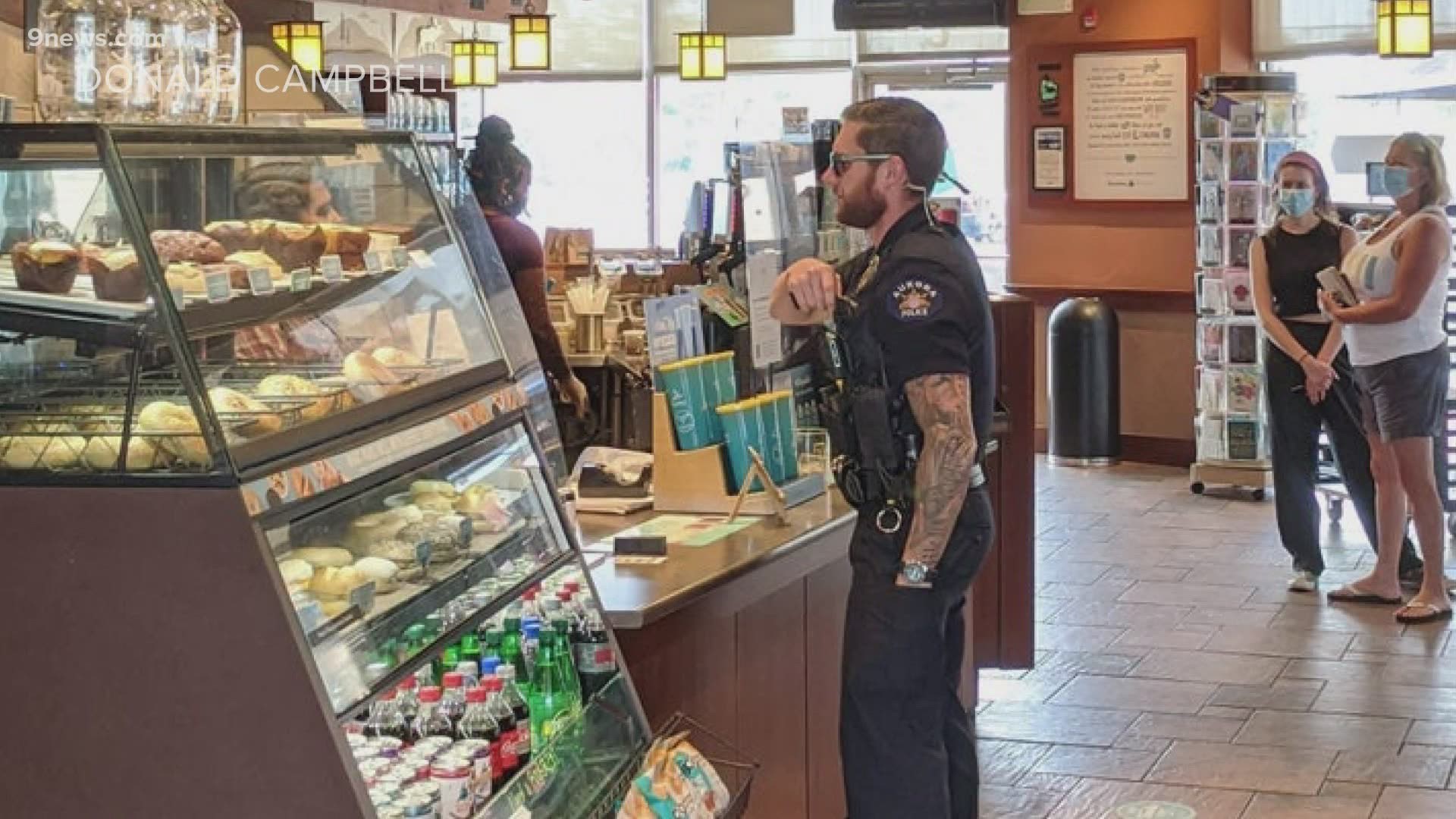 AURORA, Colo. — Aurora Police said they are looking into a photo of one their officers inside a local coffee shop not wearing a mask.

The picture was posted in the Denver subreddit thread Monday and had more than 1,300 comments within 24 hours.

Donald Campbell said he took the picture Tuesday morning at a Caribou Coffee. He said the officer came in after him and he noticed the baristas behind the counter confront the officer.

"The baristas asked the gentleman where his mask was at and if he had one and at the time the officer played naive about it," Campbell said. "He said he didn't realize he needed a mask and he was basically asking 'oh are masks required?' and he gave them push back and very quickly the barista caved and said 'ok well it's fine this time'."

I'd like our local police officers to set better examples for the rest of us. from Denver

Cambell said after seeing how the officer responded to the barista, he was nervous to confront him as well.

"I was a little surprised by it," he said. "I kind of expected, especially in that closed area... you know at this point we are in the middle of July, I was really expecting everyone to be on board wearing masks, especially if they work in public services. This should not be about this specific man. It's about what he represents right now in our current situation."

In a statement issued around noon on Tuesday, Aurora Police said that if the officer "is found to be in violation of any public health order or department policy it will be addressed."

RELATED: Polis to provide update on state’s response to COVID-19