After 75 years, Central High School will keep the name Warriors, but the school’s mascot — that depicts a Native person — will soon be retired. 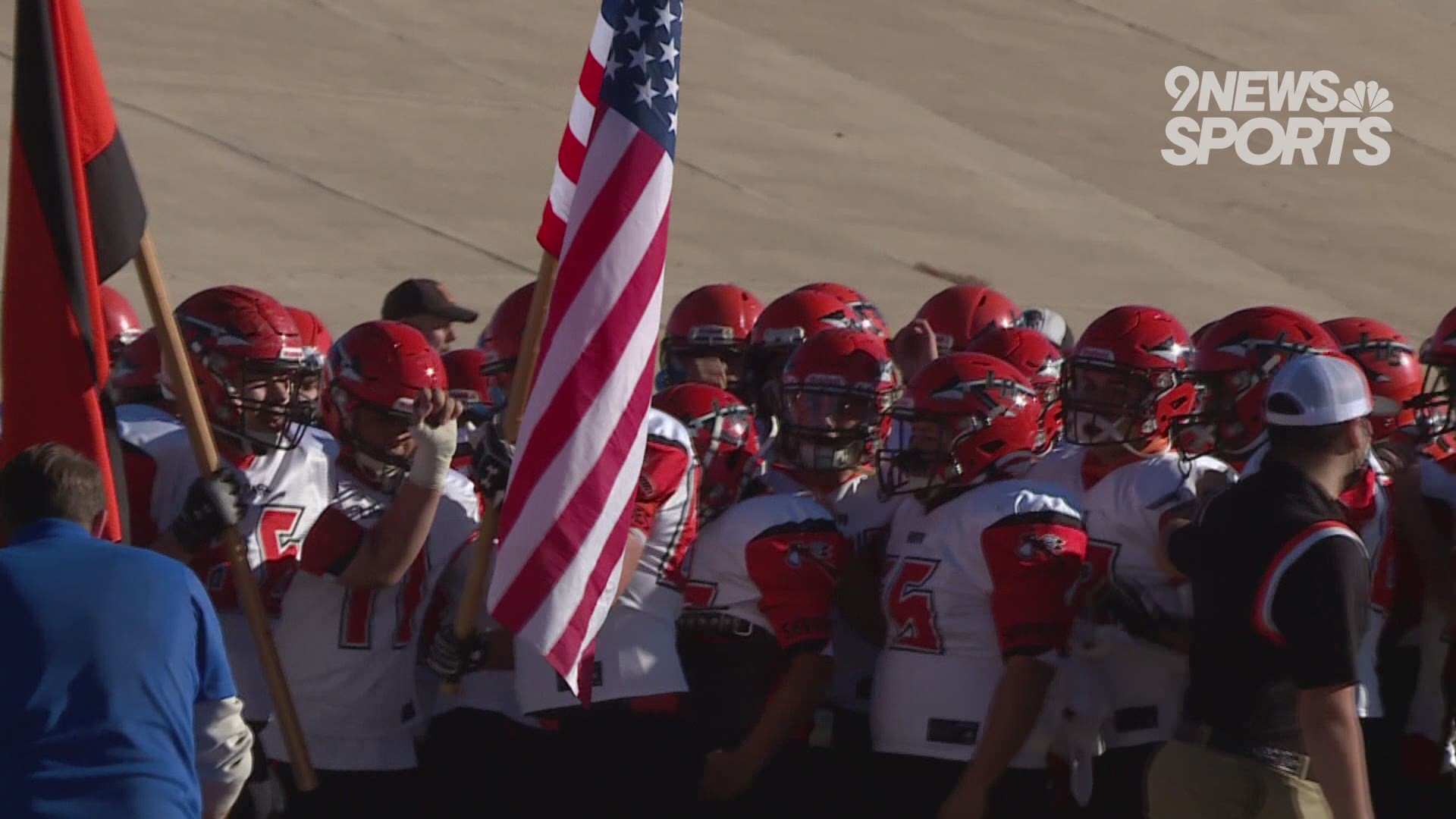 GRAND JUNCTION, Colo. — After 75 years, Grand Junction’s Central High School will keep the name Warriors, but the school’s mascot — that depicts a Native person — will soon be retired.

The image looks like it was pulled straight out of an old Western film: an Indigenous man with a stern, angular profile, feathers in his long hair. His name is Tawasi.

“And I have absolutely no idea where that came from,” said Principal Lanc Sellden.

When Sellden announced Thursday that the school will be getting a new mascot, he knew it had been a long time coming. Various people in the community had already been demanding the school get rid of the racist image, on and off, for years. Sellden didn’t know the specifics, but said that decades ago people in the Native community asked the school to change how it used the mascot, including ending the practice of having someone dressed as Tawasi appear in public. The school did that, but Sellden said there hasn’t been much contact with the Native community since, which he regrets.

He believes the mascot was never meant to be racist, “but as times change and cultures change, that is what is seen now. And so we’re going to change it.”

Students and alumni are divided over the news. Some have told Sellden that he should fight the change, that it goes against the school’s history. Others, he said, have a different message: “It's about time.”

A bill passed by the Colorado State Legislature earlier this month levies a $25,000 per month fine on schools that continue to use Native imagery or names. The Colorado Sun recently reported that 25 schools across the state still use this kind of imagery. If Gov. Jared Polis signs the bill as he is expected to, all the schools have until June 2022 to eliminate the practice.

RELATED: Bill banning school use of Indian mascots and nicknames heads to governor

That includes Montrose High School, about an hour from Grand Junction. Montrose’s teams go by the moniker the “Indians;” their mascot symbolized by a Native man in a headdress. A totem pole sits at the school’s football field. School officials there have also talked about starting the process toward finding a new mascot.

For Central High, that journey has already begun, though the specifics of how a new mascot will be chosen have not been decided. For now, Principal Sellden has been asking the community to submit ideas for what the school’s new version of a “Warrior” could be. He’s received all kinds of answers. What about a member of the military? Or a Spartan? Or Viking?

Some have recommended doing away with a human mascot altogether and opting something like a shield or war horse.

“What I love is that some of the ideas that have come out from just opening it up to people have been super interesting and very different,” Sellden said.

Whatever the end result, he knows coming up with a new mascot for the school will be a big undertaking. It’s not just about ordering some new uniforms and rebranding the website. It’s changing signs and billboards, too, not to mention a giant painting splashed across the front of the school, 30 feet in the air.

“It doesn’t happen overnight,” Sellden said. “You know, it takes some time.”