Karen Hammersmith tried to save her French Bulldog by fighting off the animal with a snow shovel. 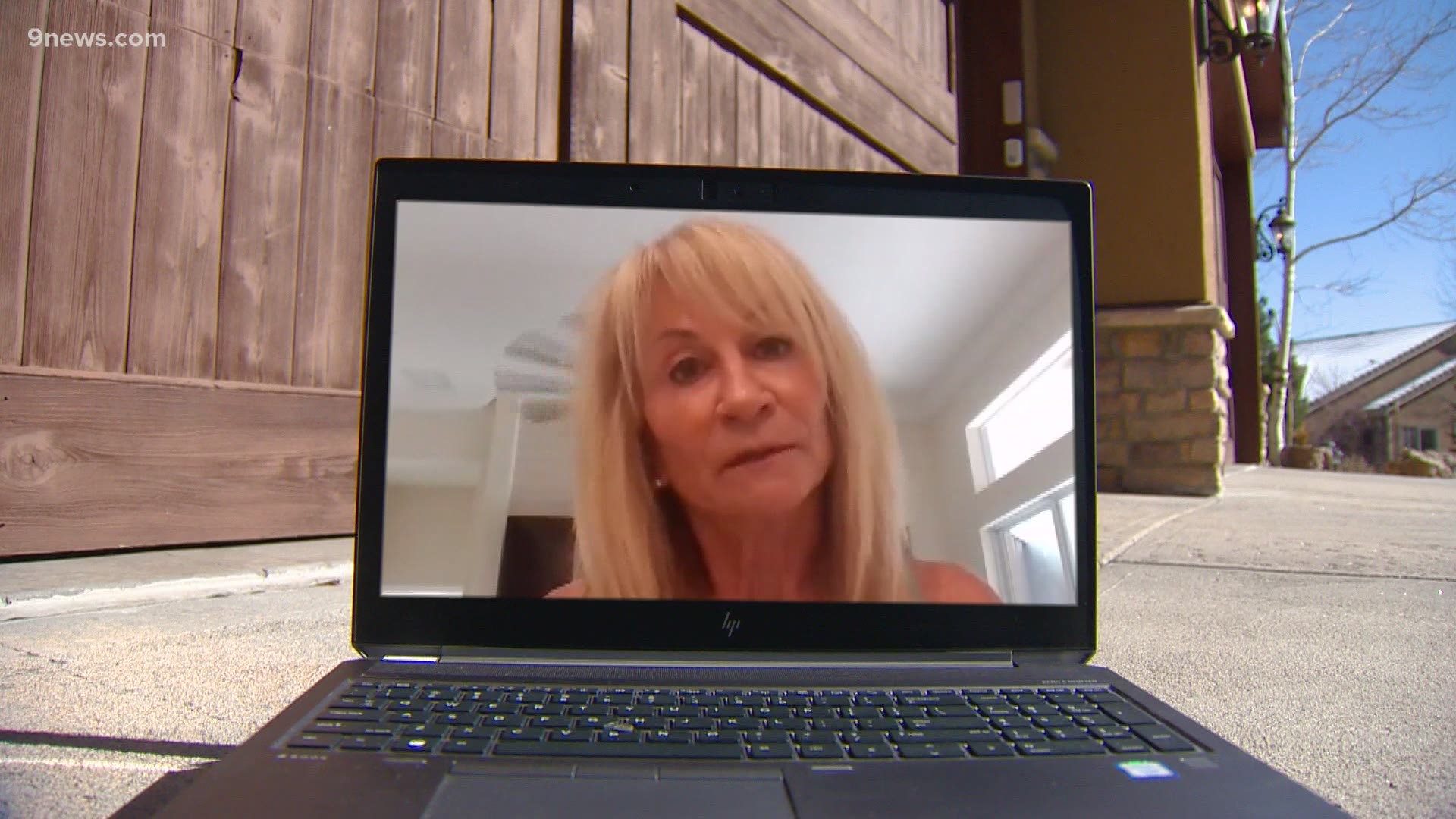 MORRISON, Colo. — Living at the foot of a trailhead in a neighborhood tucked into the hills above Morrison, Karen Hammersmith would take her 4-year-old dog Brooklyn for long hikes with few problems.

"She was so cute and just such a French Bulldog," Hammersmith said.

Hammersmith said Brooklyn would love to spend her nights snuggling with family.

"She loved my grandson. They were like two peas in a pod, always getting into something. She was very cute," Hammersmith said. "She was a beautiful dog."

Last week, Hammersmith was letting Brooklyn out at night through the garage when something unexpected happened.

"She got out by the driveway and she is ambushed by a cat," Hammersmith said. "It was just sitting there waiting and it ambushed her and took her down and I went after the first thing I could find, which was a snow shovel, and I knew it wasn't going to hurt the cat."

That cat, she said, was a mountain lion.

"We almost locked eyes for a minute," Hammersmith said. "I was so in shock. It was really big, really big."

She said she fought to save Brooklyn.

"I turned around to get something else to find if there was something sharp or something I could use," Hammersmith said. "When I got back just a second later, she was gone."

The 28-pound dog was snatched away.

"I have lived there, where I live, for almost 14 years and we've never had an incident up there," Hammersmith said.

Now, Hammersmith wants others to be wary of going out after dusk, especially with a pet or small child. She said her young grandson was supposed to be sleeping over that night.

"Normally, he would just run out with Brooklyn," Hammersmith said. "So, I don't know what would've happened."

Hammersmith said she hopes that one of her neighbors spots Brooklyn's pink collar, she said, to have some closure.

"I so tried to save her and I didn't and that was really hard for me," Hammersmith said.

She wants to help prevent future tragedies. Hammersmith said if you see a mountain lion, report it to Colorado Parks and Wildlife or even to the State Patrol.

"Your pets expect you to keep them safe and I couldn't," Hammersmith said.