Broncos aren't the only organization with a COVID variance

The Broncos have gotten attention for still being allowed 5,700 fans at home games, but the stadium isn't the only venue with this rule variance. 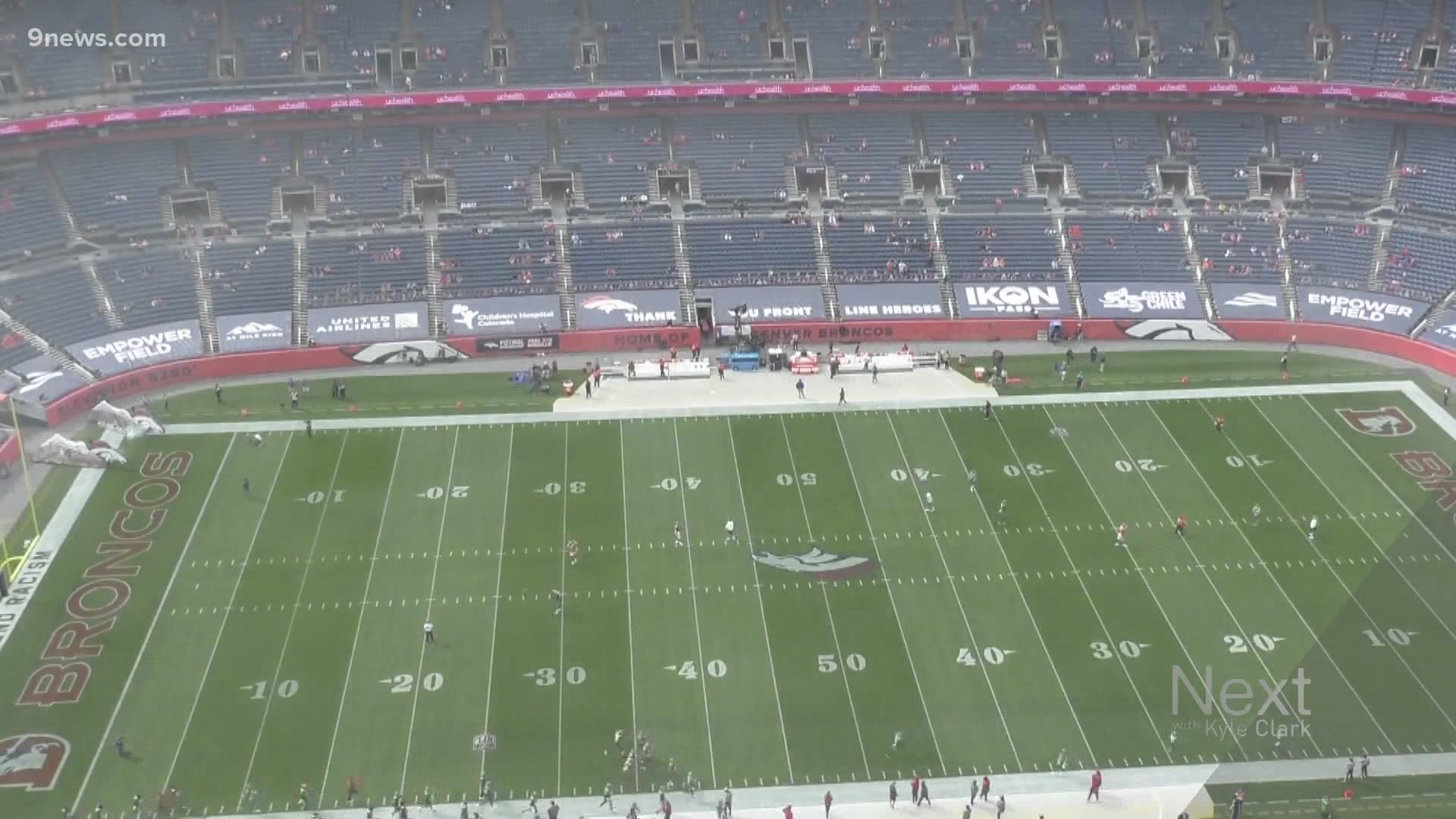 DENVER — For all the attention the Denver Broncos have received for being allowed 5,700 fans at Mile High for the remaining home games, the stadium isn't the only venue that's allowed an exception from stricter capacity rules.

Mile High is considered a "plan" and is bound by another section of the new 68-page public health order that incorporates the new color dial, where purple is the new red. 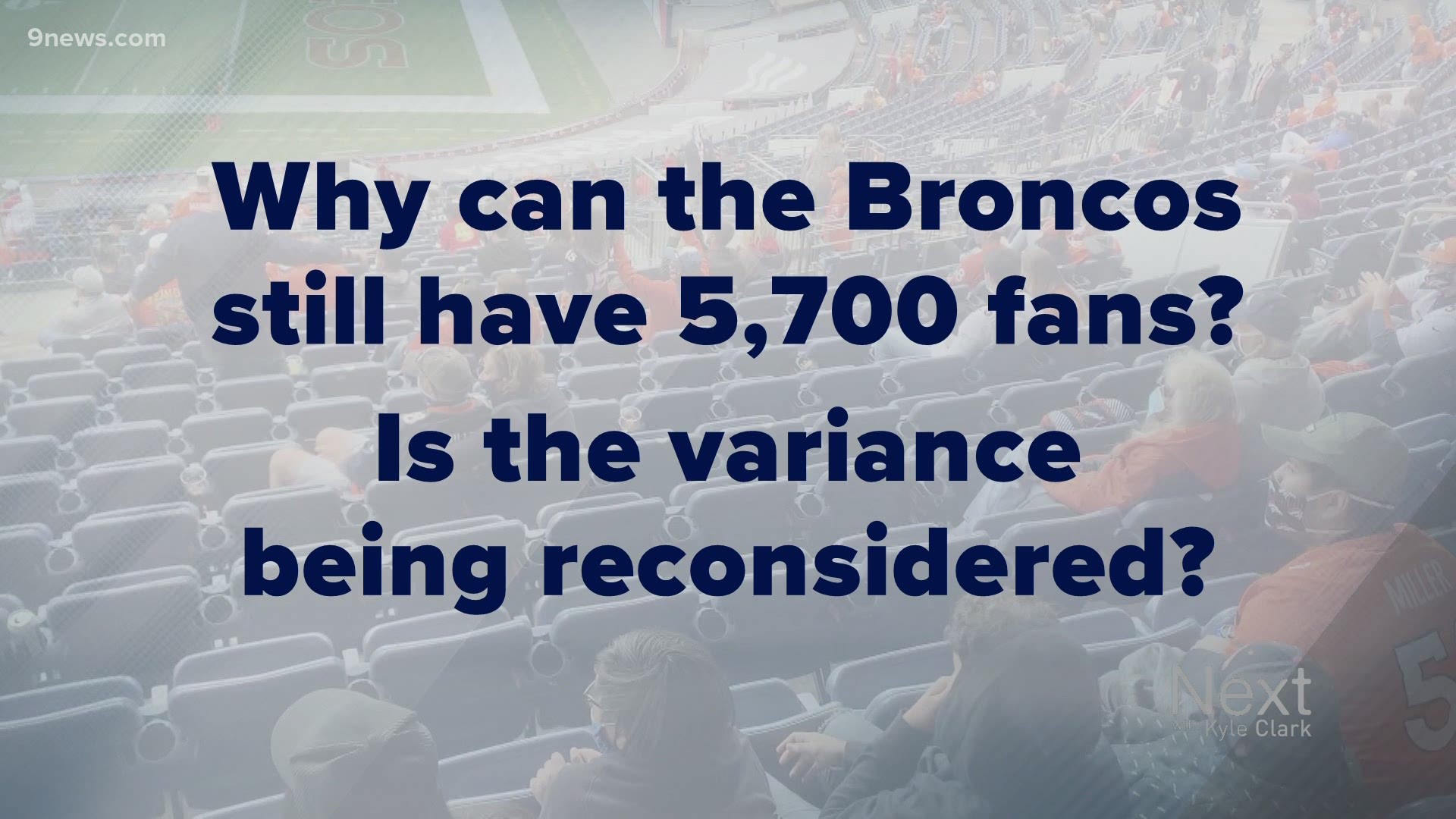 Before thinking you can try to request a variance for a backyard Thanksgiving, the venue has to be at least 30,000 square feet to be considered.

Site-specific variances (not Mile High) will all be reviewed when those counties go to level red, which happens throughout the metro area on Friday.

According to the new public health order, if two cases of COVID-19 are linked to a site, the county and that site need to work together to create strategies to reduce or eliminate further spread. Cases linked to a location with a site-specific variance does not necessarily suspend the variance.