The former Colorado governor and Democratic senate candidate has been accused of accepting illegal gifts. 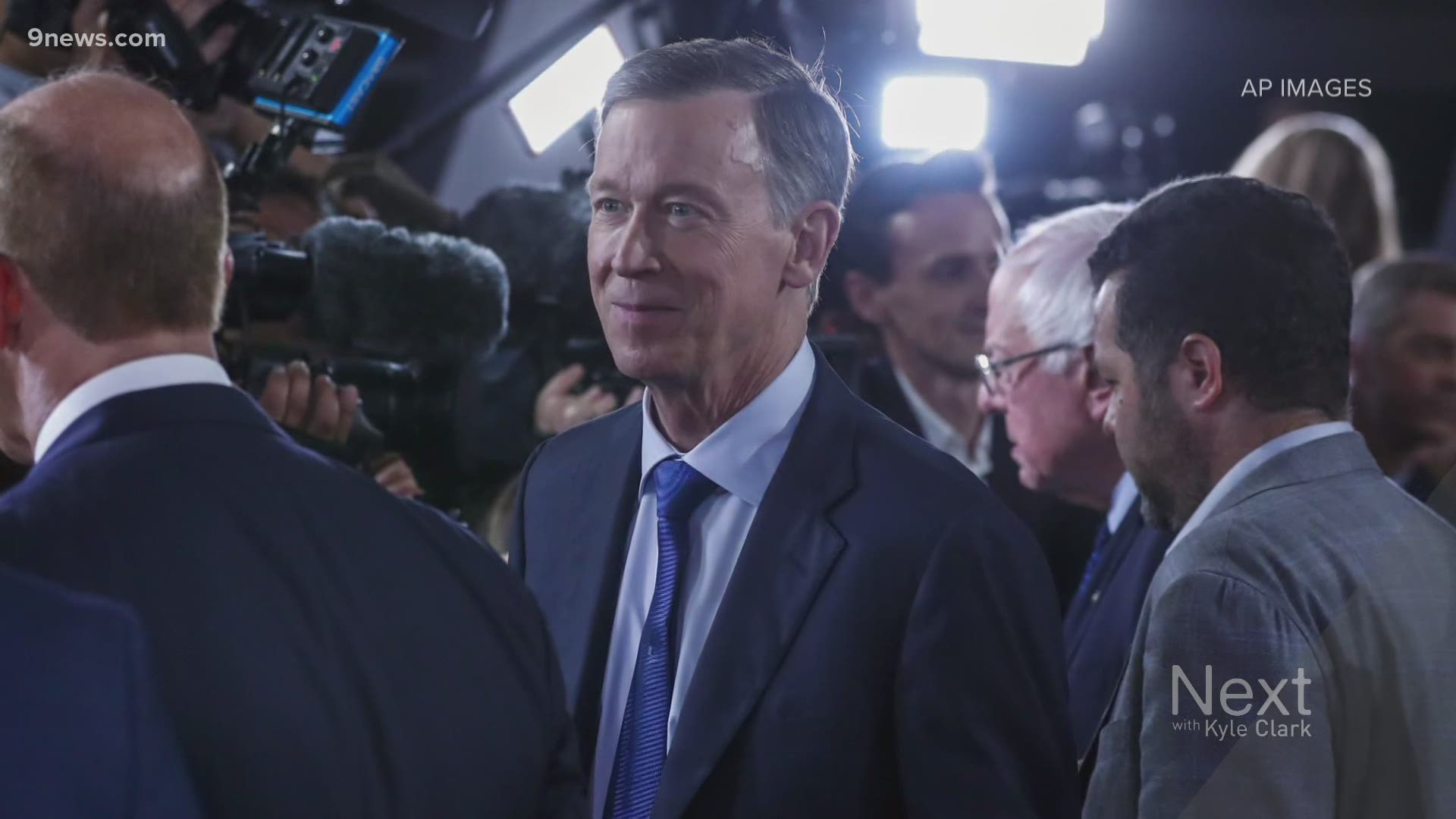 DENVER — Democratic Senate candidate and former Colorado Gov. John Hickenlooper is asking that a scheduled ethics hearing be postponed unless he can submit his testimony in writing.

Colorado’s Independent Ethnics Commission wants to hold a remote hearing on whether Hickenlooper accepted illegal gifts on June 4. This comes after months of delays.

In a filing obtained by 9NEWS on Friday, Hickenlooper’s Attorney Mark Grueskin said a hearing by video would violate his due process rights. Hickenlooper has therefore asked to submit a written testimony or postpone the hearing indefinitely.

A remote hearing would be “riddled with both the predicted technological snafus as well as ones that no one had planned for,” Grueskin wrote.

Former Republican Speaker of the House Frank McNulty, who brought the ethics complaint against Hickenlooper through the Public Trust Institute, said he would also prefer an in-person hearing, but that he would be willing to participate remotely.

“The weird idea thrown out by Hickenlooper’s lawyers to send questions back and forth by mail or email severely undermines the Independent Ethics Commission and the ability of Commission members to judge the credibility of witnesses, including John Hickenlooper,” McNulty said.

The investigation looks into travel and gifts provided to Hickenlooper in 2018, while he was still governor.

Some of the items include trips on private jets and meals and car travel provided by a conference in Italy.