You can dine with, not on, the turkeys at this Thanksgiving dinner in Erie

Visitors can meet five of Luvin Arms Animal Sanctuary's five turkeys, give them treats, and then eat a vegan potluck dinner. 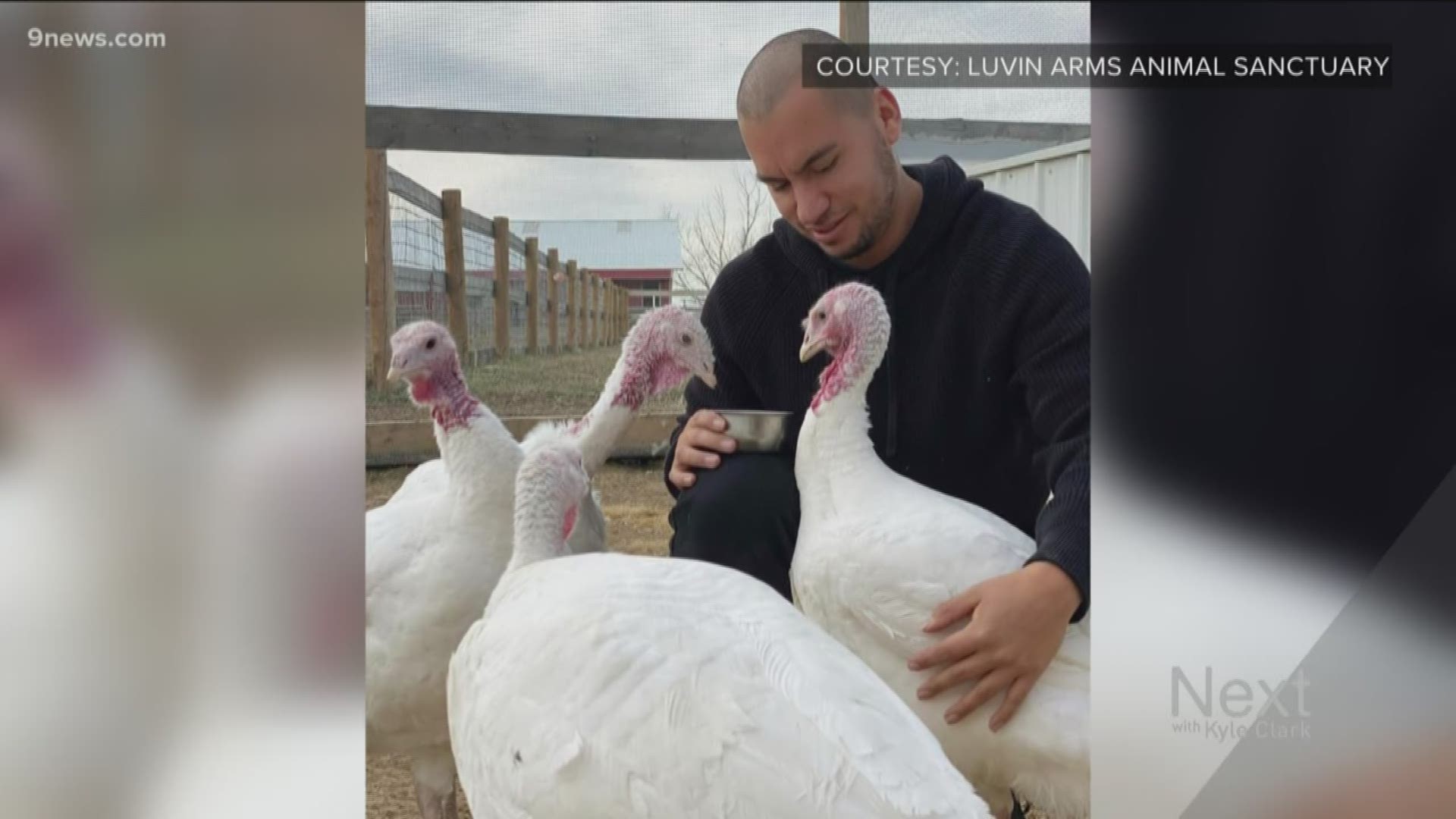 ERIE, Colo — A Thanksgiving dinner, by traditional standards, wouldn’t be complete without a turkey.

The Thanksgiving dinner at Luvin Arms Animal Sanctuary, in Erie, will have five turkeys – none of which are for eating.

Chai, Oolong, Darjeeling, Chamomile and Matcha are the guests of honor.

“We thought it would be nice to plan an event on Thanksgiving, where they’re traditionally not shown much compassion,” said Hanna Kircher, the development and marketing coordinator at the sanctuary for rescued farm animals.

The sanctuary will host 50 people at their potluck, which includes a meet-and-greet with the turkeys and a chance to hear each of their personal stories. And they do have their own stories to share, Kercher will tell you. Turkeys, like mammals, have identities, she said.

“They really do. They’re really cute. They love shiny things. They love being pet. They’ll just jump right into your lap. It’s really cute,” Kercher said. “Many people have never met a turkey in their lives, and we see this a lot when people come on our tours. They’re very surprised to see that turkeys are so curious, and inquisitive, and just very sweet birds.”

People can attend the event for free, as long as they bring a dish to share and register early. About 40 of the openings were taken as of Wednesday.

In the spirit of the holiday, Luvin Arms will gladly accept donations. Animal lovers can also opt to sponsor a turkey. The money will go toward their care and food.

And speaking of food, it should come as no surprise that the dinner menu is restricted to vegan options.

“We are a sanctuary for farmed animals, so we like to keep all the food at our events and everything vegan just out of respect to the animals. And I think, you know, it being a turkey-free dinner is always appropriate since this is a ‘thanks’ event to turkeys.”

This sanctuary has six turkeys in all. Unlike his female counterparts, the male, Walter, was not named after a tea, and he does not prefer to socialize.