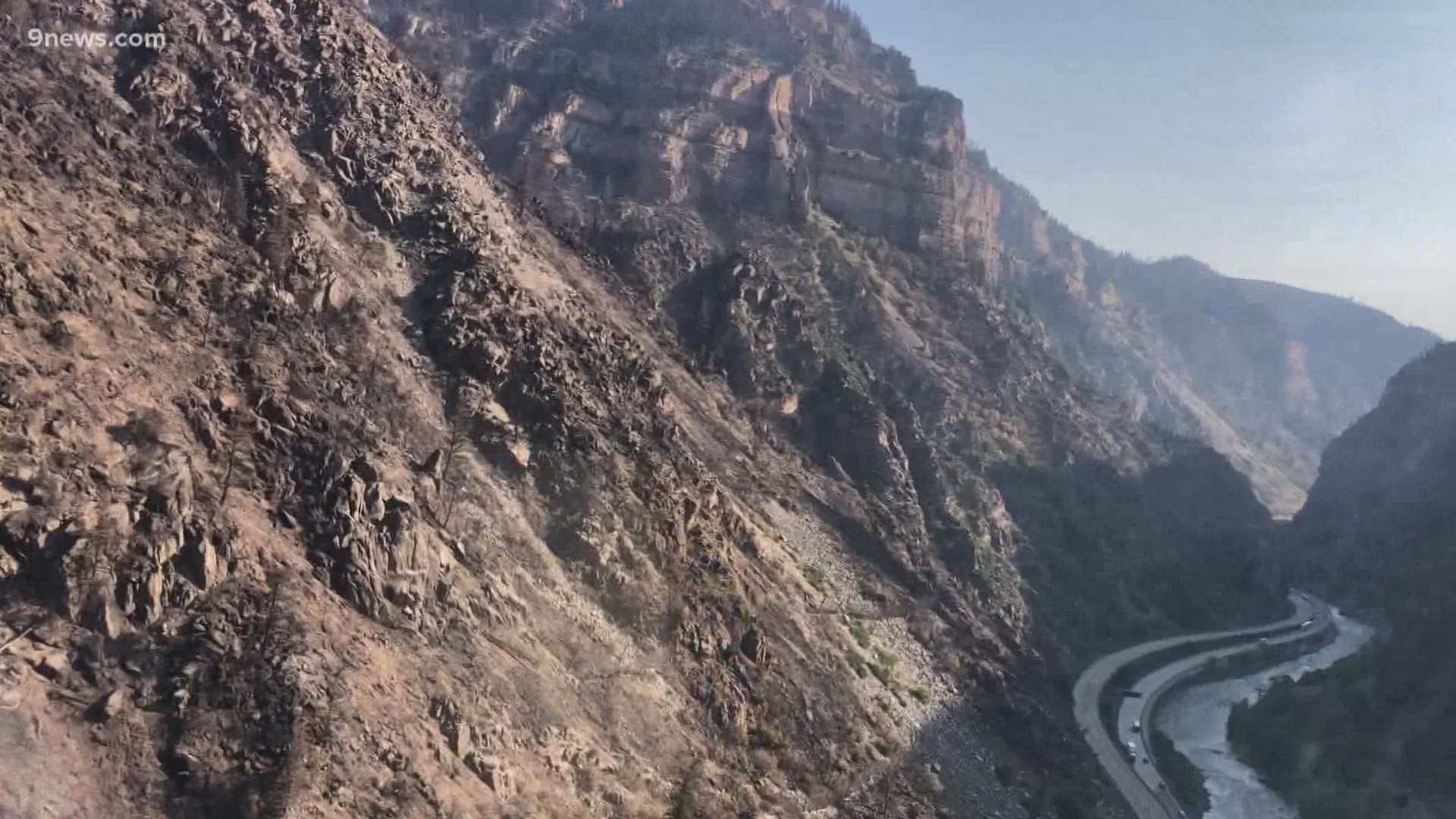 GLENWOOD SPRINGS, Colo. — For the fifth day in a row, the Grizzly Creek Fire near Glenwood Springs showed no growth and remains at 32,646 acres. Containment on the fire increased to 83% containment as of Friday morning.

The increased containment, according to fire officials, is the result of three hotshot crews securing a piece of rugged line in the No Name Creek drainage north of Glenwood Springs.

Even with temperatures in the mid-80s and relative humidities dipping into the 20% range, the fire showed little sign of life Thursday.

Fire officials said another hotshot crew closed up a small chunk of open line that still exist in the Cinnamon Creek drainage on the south end of the fire. That crew will remain in place today to keep chipping away at that section of line.

Fire officials said the fire showed a slight pulse on Wednesday with a few visible, early-morning smokes in the French Creek drainage on the north side.

A warm, dry trend could spawn interior flare-ups of unburned fuel over the next few days, an incident report for the fire says.

During a community meeting held on Monday, the Forest Service announced that the fire was human-caused. The investigation into the specific cause is ongoing.

As of Friday, 548 total personnel are helping to fight the fire. That number has dropped significantly in the last week as containment on the fire goes up.

Area road closures remain in effect with access for residents and fire traffic only. Coffee Pot Road, Transfer Trail Road and areas of the Flattops accessed by those roads are closed, as are many surrounding White River National Forest and BLM roads.

The Grizzly Creek Fire started burning Aug. 10 in the canyon east of Glenwood Springs. It led to a record-long two-week closure of Interstate 70 through that area between Glenwood Springs and Gypsum, before the highway reopened.