The former Colorado governor was sworn in Sunday morning. 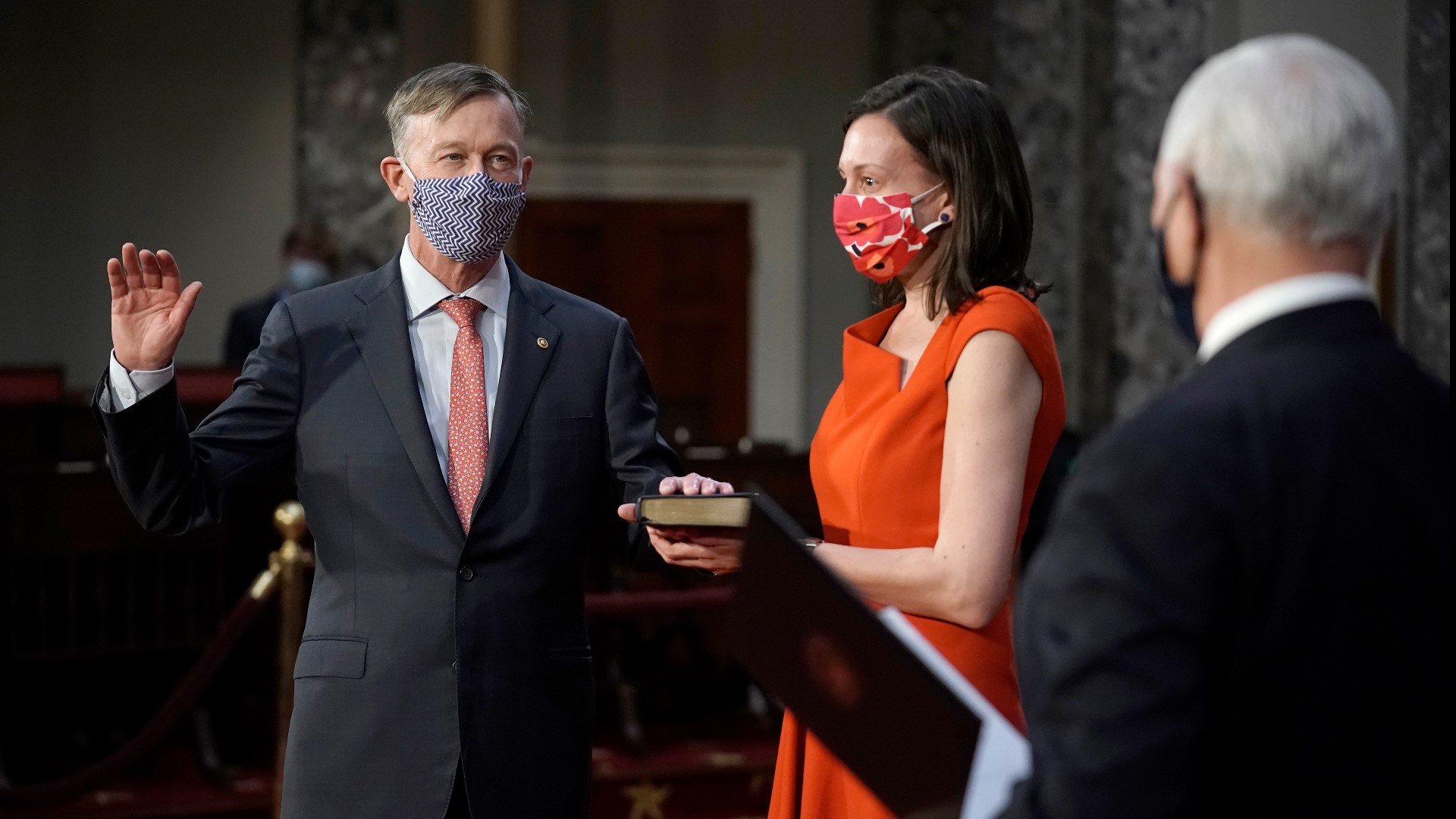 WASHINGTON, D.C., USA — Stop calling him former governor, just like you had to get used to stop calling him mayor a decade ago — John Hickenlooper is now a Colorado U.S. senator.

He was sworn in Sunday morning, with Colorado's other Democratic senator and his former employee, Michael Bennet, standing behind him.

The oath was administered by Vice President Mike Pence, who, like the senators, wore a face mask. The senators were sworn in in pairs. Hickenlooper stood next to Republican Cindy Hyde-Smith of Mississippi.

After the oath was completed, Pence bumped elbows with Hickenlooper and Hyde-Smith rather than shake hands, both signs of the pandemic times.

Both newcomers were joined by their state's senior senator. 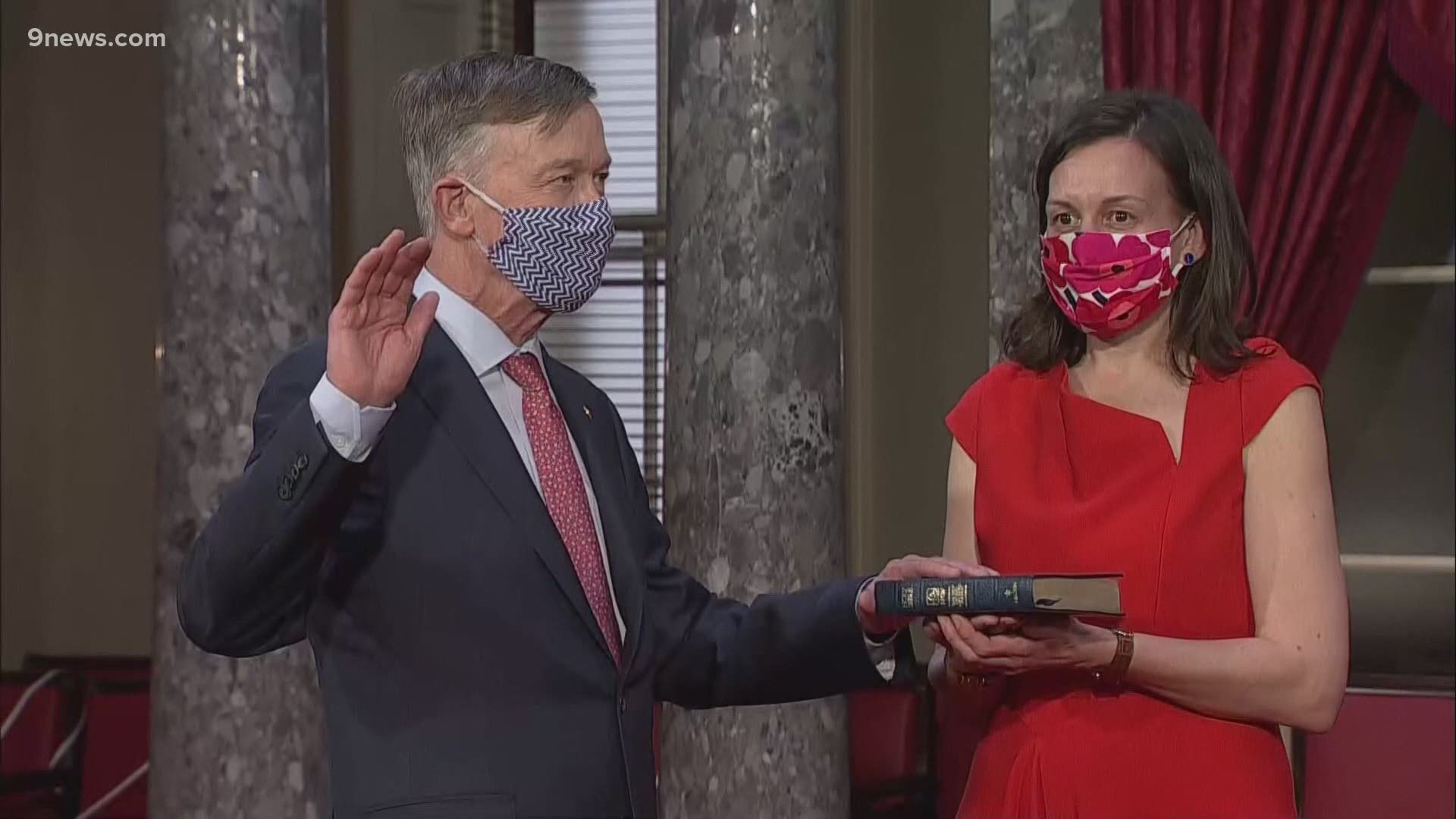