The Bruins used two highlight reel goals in the first half to punch a ticket to the state championship game on Saturday. 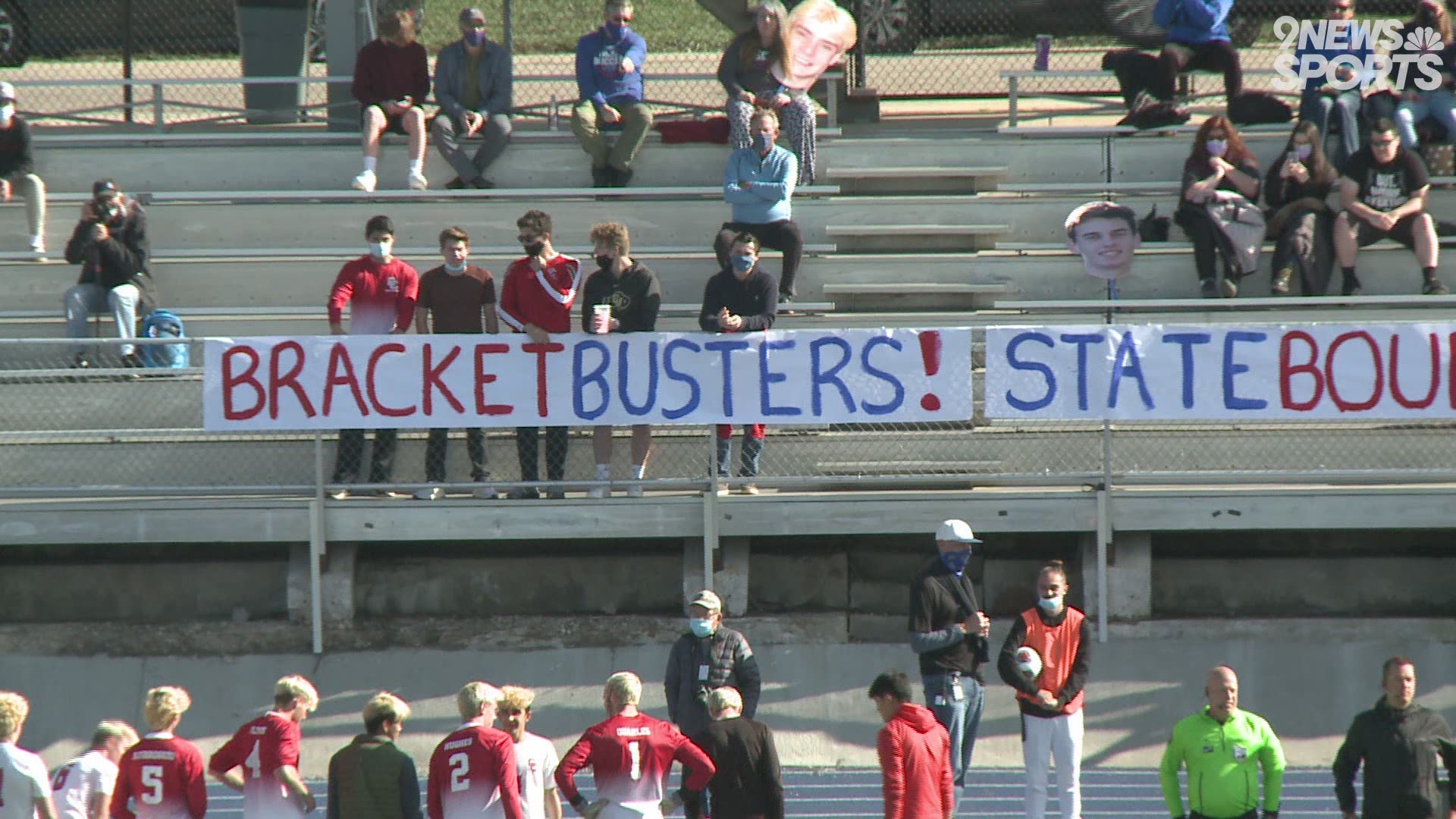 The Cherry Creek boys soccer team was the last team in CHSAA's 5A state bracket in 2021 and is now one win away from a state championship.

The Bruins beat No. 4 Grandview 2-0 on Wednesday night at Englewood High School in the first of two semifinal games.

Creek got both of its goals in the first half, and both were spectacular.

The first one from senior Carstenn Jones was truly unbelievable. Jones took a ball off a throw in with seemingly nothing cooking, launched a shot from deep, and bent it perfectly into the upper right hand corner past a diving Grandview goalie. Jones did a backflip to celebrate.

"I had a ton of time, so I set it up, was just thinking hit back post and hopefully someone will get a head on it. It kept curling and went right back post. It was phenomenal," Jones told 9NEWS after the game.

The second goal came just minutes later on a nice cross from Cryrus Gulati, setting up Macklin Riley for a one-timer in the left corner of the goal. It would have been the talk of the game if not for the first tally.

The Bruins 2-0 lead held behind great goaltending from Knox Quarles and the Cinderella slipper still fits.

They'll face No. 2 Fairview for the championship on Saturday afternoon at Switchbacks Weidner Field in Colorado Springs.

>> Watch the extended video above and see highlights on the 9NEWS Prep Rally Saturday morning!