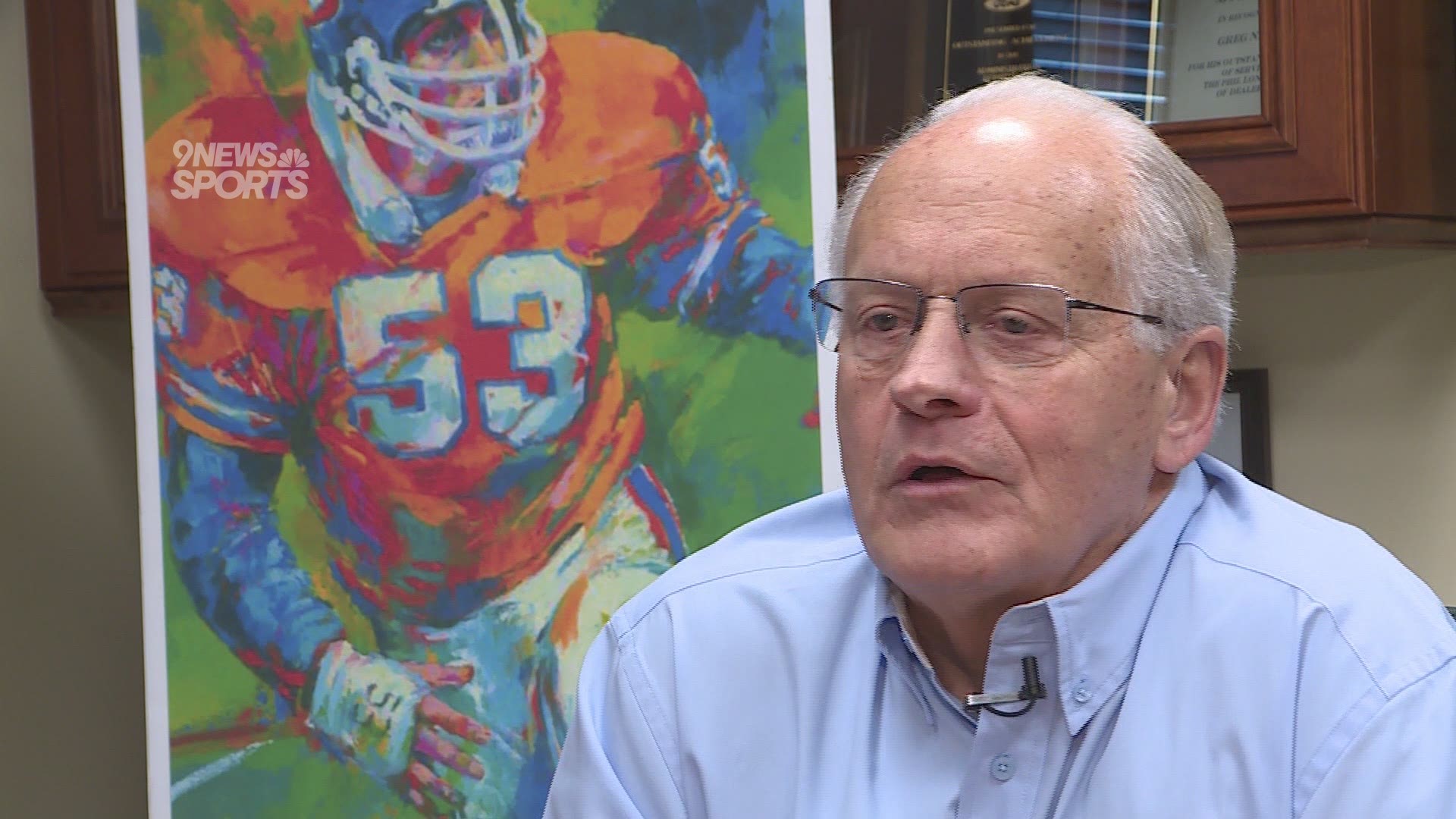 COLORADO, USA — Former Broncos head coach Mac Speedie made the Pro Football Hall of Fame as a long-ago-but-not-forgotten receiver for the Cleveland Browns.

Former Broncos linebacker great Randy Gradishar, though, was snubbed again. This time the cut may have been the deepest. One of 20 senior players finalists for the special Centennial Class of 2020, Gradishar was not among the 10 who were selected in an announcement Wednesday.

“Disappointed but I believe it will happen someday,’’ Gradishar told 9NEWS via text. “It’s all in the Lord’s timing.”

Speedie was the Broncos’ head coach from midseason of 1964, when he replaced Jack Faulkner after an 0-4 start, until the third week of the 1966 season when he was fired and replaced by Ray Malavasi.

Speedie posted a 6-19-1 record with the Broncos, but was a much better receiver as Otto Graham’s favorite target for the Browns. Speedie led the All-American Football Conference in receptions three straight seasons from 1947-49 and topped the NFL in 1952 with 62 catches.

He had two, 1,000-yard seasons at a time when the milestone was rare in the post-World War II, 12-game season era.

Another senior player with Denver ties elected to the Hall of Fame was former New York Jets’ left tackle Winston Hill. He owned and operated a barbecue place in the Denver-area for nearly 25 years until he passed away in 2016.

Gradishar, though, was again an egregious omission.

The best player on the famed Orange Crush defense that allowed just 10.6 points a game in the Broncos’ magical run to Super Bowl XII in 1977, Gradishar was bypassed from football immortality for his 31st consecutive year of eligibility.

What are the voters missing? Gradishar earned seven Pro Bowl berths in his 10-year career that stretched from the time he was the Broncos’ first-round draft pick out of Ohio State in 1974 until he retired following John Elway’s rookie season of 1983.

Gradishar was also the NFL’s Defensive Player of the Year in 1978 and a two-time, first-team All Pro. He was first eligible for the Hall of Fame in 1989, but only made it to the voter’s room as a top 15 modern-era finalist in 2003 and 2008, his final year of eligibility. At that point he was moved to the vast senior pool.

Gradishar was hoping to become the eighth Bronco – and first from that great Orange Crush defense – to be elected into the Hall of Fame. Broncos who have their bronze bust in the Canton museum are Elway, Gary Zimmerman, Floyd Little, Shannon Sharpe, Terrell Davis, Champ Bailey and owner Pat Bowlen.

Three other Hall of Famers – Willie Brown, Tony Dorsett and Brian Dawkins – played for the Broncos but spent most of their careers with other teams.

The Hall of Fame will continue to elect a senior player or two in following years, but not nearly as many as the 10 that went in this year as part of the NFL’s 100th season.

Credit: AP Photo/Ed Andrieski
Former Denver Broncos linebacker Randy Gradishar holds one of his football helmets as he sits in front of a trophy case full of memorabilia from his playing days at the automobile dealership where he is leadership manager in Lakewood, Colo., on Thursday, Jan. 31, 2008. (AP Photo/Ed Andrieski)