Unanimous approval by children could be a problem given Beth Bowlen Wallace wants to run the team and is part of lawsuit against trustees. 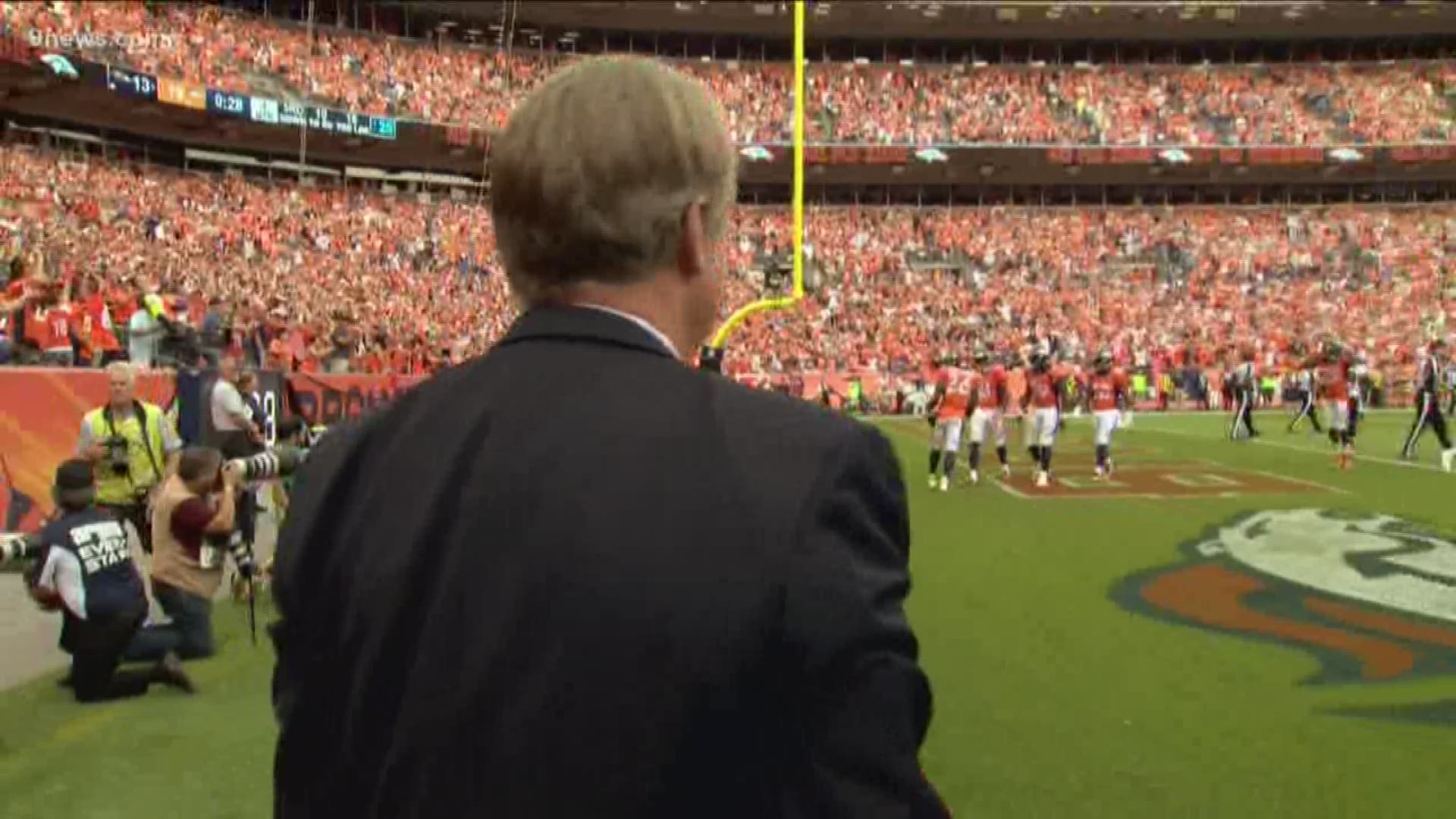 "The way I would answer that is, it is an option, and we've told the beneficiaries that, because if Brittany were to succeed and take over for her father, everybody else is going to have to sign off on that, most likely,’’ Ellis said Monday at his annual end-of-season press conference. “That may not be a requirement, but it's going to be necessary, I think, moving forward from a trustee viewpoint. That's why a sale remains a possibility I think — given the circumstances we're in."

The oldest daughters from Pat Bowlen’s first marriage are challenging the mental capacity of their father during the time when his 2002 trust was revoked and his 2009 trust was executed. The civil trial in an Arapahoe Country court is to begin Sept. 1 with Judge John Scipione presiding.

“The people that knew Pat, that know Pat or knew him at that time and that were around him a lot and did not have an agenda or a motive know full well that Pat had his capabilities and was able to make decisions in 2009,’’ Ellis said. “That would be my answer and I won’t go any further on that. In terms of being surprised that all of this has come to what it has come to which is three separate lawsuits frankly after six years of letters and communication with different sets of lawyers I’m not surprised at all.”

Beth Bowlen Wallace announced on May 31, 2018, that she is ready to succeed her father as controlling owner. The three trustees, meanwhile, have made it clear that another daughter, Brittany, is the choice, and Ellis didn’t mince words about his intention Monday.

Brittany Bowlen-Kim, 29, has recently returned to working with the Broncos as vice president of strategic initiatives.

RELATED: Brittany Bowlen returns to Broncos as VP; takes 'next step' in succeeding her father

“She has distinguished herself as the one child that we’re looking at to possibly take over her father’s role,’’ Ellis said. “There’s a lot that goes into that. There’s going to need to be some cooperation from everybody on the family for that to happen. There’s no question about that, but so far really good. Everything that people told me about Brittany, whether it was at NFL, at Duke or at McKinsey, her supervisors, her peer employees — it’s one month — a lot of work to be done, but so far everything’s true and I’m really pleased — really nice frankly to have her in the building.”

If the Bowlen children don't come together and agree on Brittany running the team in a few years and the team is put up for sale, Forbes recently valued the franchise at $3 billion, up 11 percent from its $2.7 billion assessment a year ago.

RELATED: Broncos' Ellis on Brittany Bowlen rejoining team: 'She’s got to roll up her sleeves and work ... that's what (her dad) wanted'