Gyms in counties under Level 3 restrictions can now operate indoors at 25% capacity, or 25 people, whichever is fewer. 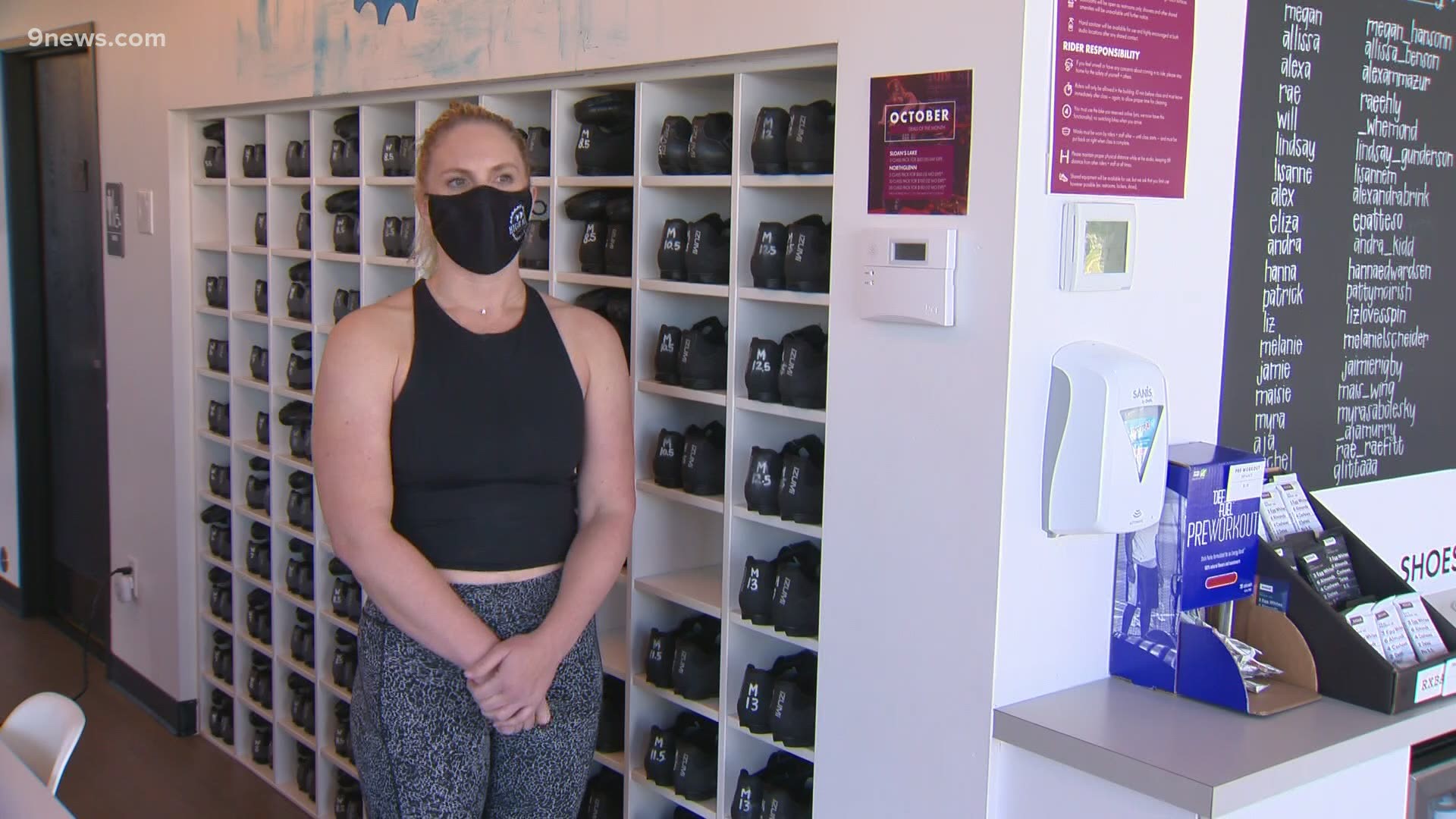 COLORADO, USA — Gyms in counties under Safer At Home: Level 3 COVID-19 restrictions can continue indoor fitness, according to updated rules from the Colorado Department of Public Health and Environment (CDPHE).

Gyms can now operate indoors at 25% capacity, or 25 people, whichever is fewer. Prior to Tuesday, gyms in these counties would have to hold classes outside or virtually.

CDPHE said the change came “after feedback from stakeholders and local public health agencies, as well as assessing case interview and outbreak data.”

The news broke late Tuesday night, after gyms in Colorado expressed their frustration and confusion about the state of their industry.

“Today’s been a whirlwind,” said Jen Sevcik, co-owner of Duality Fitness on West Colfax. “We just started getting a bit of conflicting information from different sources.”

It began with a press conference where Denver’s Mayor Michael Hancock and Executive Director of Public Health Bob McDonald announced that Denver County would move to stricter restrictions because of rising COVID-19 cases.

When asked about gyms, McDonald said, “As soon as we know how the state will address gyms, we will push that information out.”

At the time, the CDPHE COVID-19 dial said gyms would not be able to hold in-person classes if a county was moved to level three restrictions.

She was told last week that her studio in Adams County would have to close because they were moving into level three restrictions.

Her studio in Edgewater is in the level two category, but she has been concerned that soon restrictions would be coming to Jefferson County as well.

“We just opened Northglenn last December, and then we had to close down in March, so as you can imagine, we have rent, we have expenses, we have three full-time people that we’re paying, we have part-time people and that’s hard.”

Both studios told 9NEWS they are trying to be part of the solution to the pandemic by giving people a mental and physical release.

There are no current coronavirus outbreaks at gyms in Colorado, according to data released weekly by CDPHE.