In 2013, Colorado banned the sale, transfer and possession of large-capacity gun magazines, which the state defined as holding more than 15 rounds of ammunition. 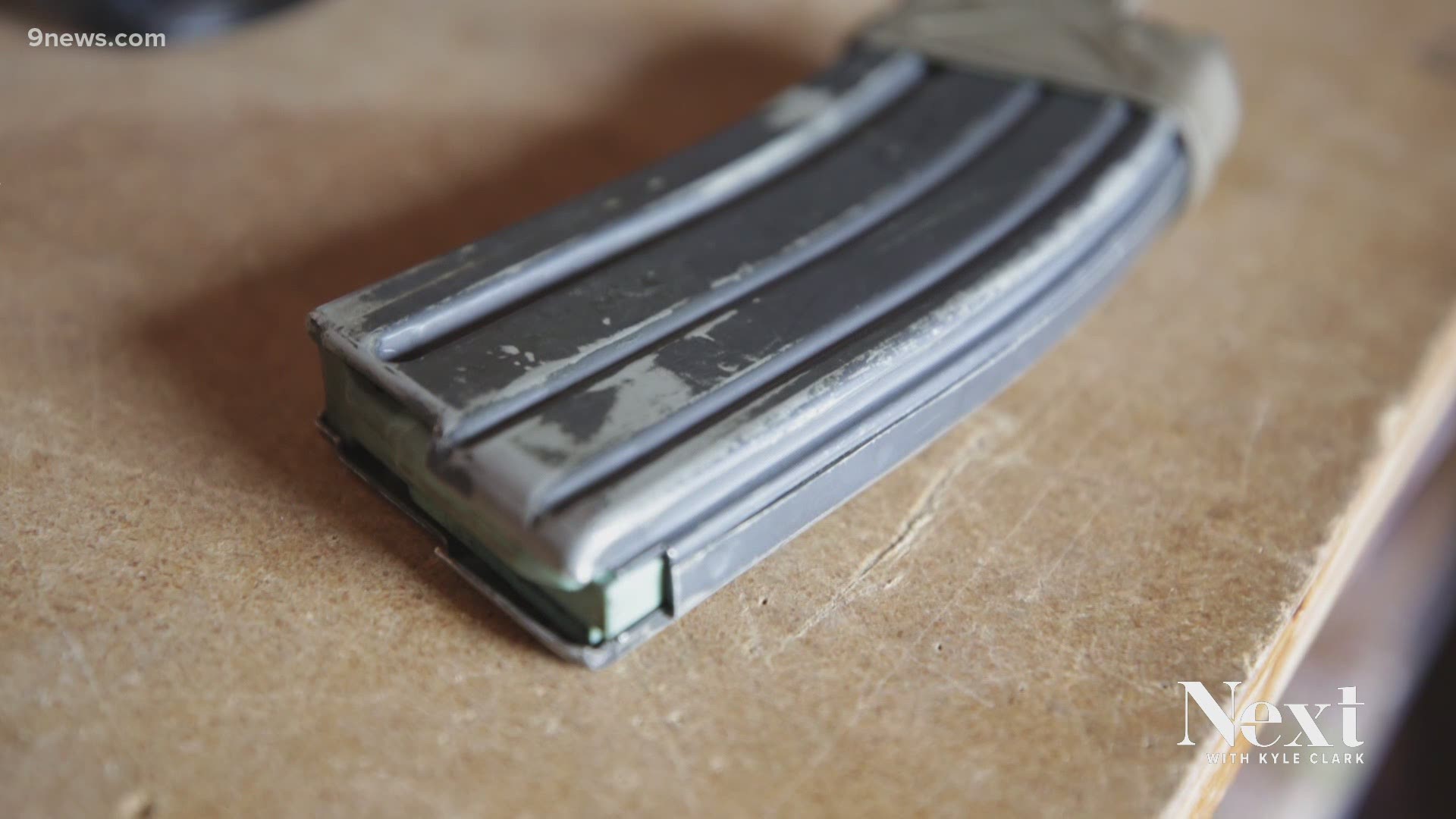 DENVER — Among the 43 new charges filed in the Boulder King Soopers shooting case, 10 of them are for possessing large-capacity gun magazines.

In 2013, Colorado banned the sale, transfer and possession of large-capacity gun magazines, which the state defined as holding more than 15 rounds of ammunition. Magazines owned prior to July 1, 2013, were grandfathered in, though they would lose the exemption if they were sold or transferred after that date.

On Thursday morning, Democratic Boulder County District Attorney Michael Dougherty said the shooter possessed 10 illegal magazines, which may not have been sold in violation of state law.

OVERLOADED: How large-capacity gun magazines are still being sold in Colorado

Search warrants are still sealed that could reveal more about the purchase of those magazines.

A 9Wants To Know investigation in 2019 found several Colorado gun stores still selling large-capacity gun magazines either fully assembled or in pieces as a "parts kit," to be assembled after the sale.

"In terms of the details around the magazines, I'm going to let the charges speak for themselves. They were possessed unlawfully and it is the people's allegation that they were used unlawfully," said Dougherty.

Based on what Dougherty said during the news conference, there are a few scenarios of how the magazines could have been obtained.

In the scenario of the purchase being made outside of Colorado, the magazines become illegally possessed once they enter Colorado.

During our 2019 investigation, opponents of the 2013 law warned about this scenario.

"All of our neighboring states can't stop the flood of marijuana coming from Colorado into their states, which they object to, rightfully so in my case. So, if they can't stop that what makes Colorado think that they're going to be able to stop a few hundred 30-round magazines from being purchased in Wyoming or Texas or Oklahoma and brought to the state? It's absurd," said Sen. Bob Gardner, R-Colorado Springs in 2019.

"We've been able to keep guns out of the hands of dangerous people who should not have them. So, I believe our bills are working, but then some people find a way to work around the law," said Sen. Rhonda Fields, D-Aurora.

Fields sponsored the large-capacity magazine ban while a member of the House in 2013.

What does it say about Colorado's law when bordering states do not have the same restrictions?

"What it says about it is now it's still illegal in the state of Colorado," said Fields.

Her bill was signed into law by then-Gov. John Hickenlooper. Now, as a Democratic U.S. Senator, Hickenlooper is a co-sponsor of a bill by California Sen. Dianne Feinstein to ban assault weapons. Included in that bill is a ban on future gun magazines that hold more than 10 rounds of ammunition.

"I think we do need to have a universal law, and that's why Congress needs to act, so we can have standards across the whole United States," said Fields.