Rep. Hugh McKean (R-Loveland) is Colorado's new House Minority Leader, as was decided Monday at a meeting at the Capitol, where just one Republican wore a mask. 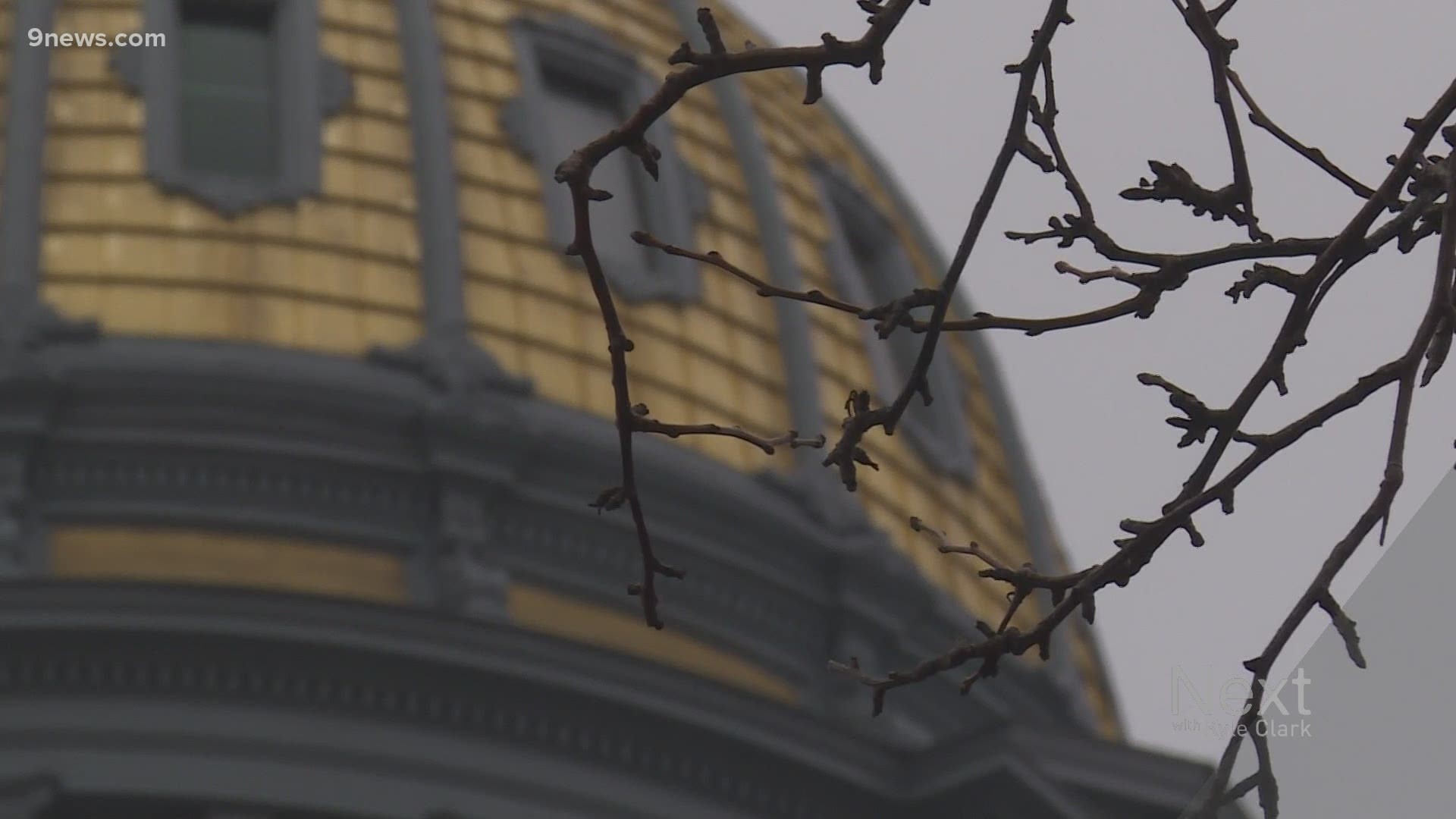 It took two ballots, but ultimately McKean won the title of Minority Leader.

"I'm an ardent Second Amendment supporter. I am incredibly conservative ideologically, but I also know that the service to our voters, that not all of them are that," McKean told Next with Kyle Clark after the vote.

That's how many Republicans were in the caucus prior to this year.

Republicans won a seat in Pueblo, but lost a seat in Littleton, staying at 24.

Sandra Fish from The Colorado Sun has reported on campaign finance dollar amounts for the money spent on State House races in Colorado. She calculated outside spending on Democratic House races at $3.5 million. Spending by the candidate's own committees equaled less than $1 million.

While Colorado overwhelmingly chose President-Elect Joe Biden and Senator-Elect John Hickenlooper for the top two races, Republicans held firm in the state House and lost one seat in the state Senate.

"We hear all this talk about how blue Colorado might be getting, I don't believe it for a second," said McKean.

After McKean's election, the selection of Assistant Minority Leader took a turn.

Larson, who was nominated by McKean, nominated Baisley and declined his nomination.

"The direction that I believe this caucus will go is not the one that I, necessarily, signed up for," said Williams. "I don't think I would be doing a service to Rep. McKean if I were to run and ultimately win because I do not fundamentally believe in the direction that we're headed, at least not yet."

McKean asked Williams to stay in the race, which appeared to surprise Williams, who joked that he'd like a five-minute recess to talk with McKean, but then reiterated that he already said he would support Geitner.

"I'll promise you also this, I was a pain in the rear for Rep. Neville, and he can attest to that, and we were in agreement, fundamentally, on where we were headed. And my promise to you is that I will absolutely be a pain in your rear," said Williams. "In a lot of ways, it would be fun to see what kind of team of rivals you could put together, so to speak."

"You saw Minority Leader McKean talk about his approach, and that's a more collaborative approach with Democrats, I firmly think that that's not necessarily the way to go," Williams told Next with Kyle Clark after the meeting. "My fear is that with this leadership, we might actually have our party go more to the left, and that you might see more compromising and more cooperation with Democrats in areas that we should not be cooperating with them on."

"Our voters tell us every two years what are their big issues and where they want us to take a stand," said McKean.

He likened himself to a "Reagan Republican" and said he stands for:

"Those things are Republican values. Those things are things that so many of us ascribe to, and I think that that matters so much more than some of the individual issues," said McKean.

There was an elephant in the room, beside the animal symbolic of the Republican Party.

Only Rep. Terri Carver (R-Colorado Springs) wore a mask throughout the meeting.

Not even McKean did. Is that the image he wants for the Republicans he now leads?

"It's everybody's choice what they do. Is it the image that we want? No. It's the personal choice of our members whether or not they wear their mask," said McKean.

Although the state Capitol is inside Denver city limits, the inside is governed by the state. With a mask mandate, is everyone inside the Capitol required to wear a mask?

The Capitol is closed to the public until further notice. Nonpartisan Legislative Council staff must wear masks inside the Capitol. Lawmakers regulate legislative spaces within the Capitol. We encourage compliance, nonetheless, as it is one of the best ways to protect against the virus during this critical time," said a spokeswoman with the Colorado Joint Information Center.

COMMENTARY: A word on courage, and the one Republican who wore a mask at a Capitol meeting