The man was riding his bike through the intersection of Highway 85 and East 69th Avenue when he was hit by the truck, according to police. 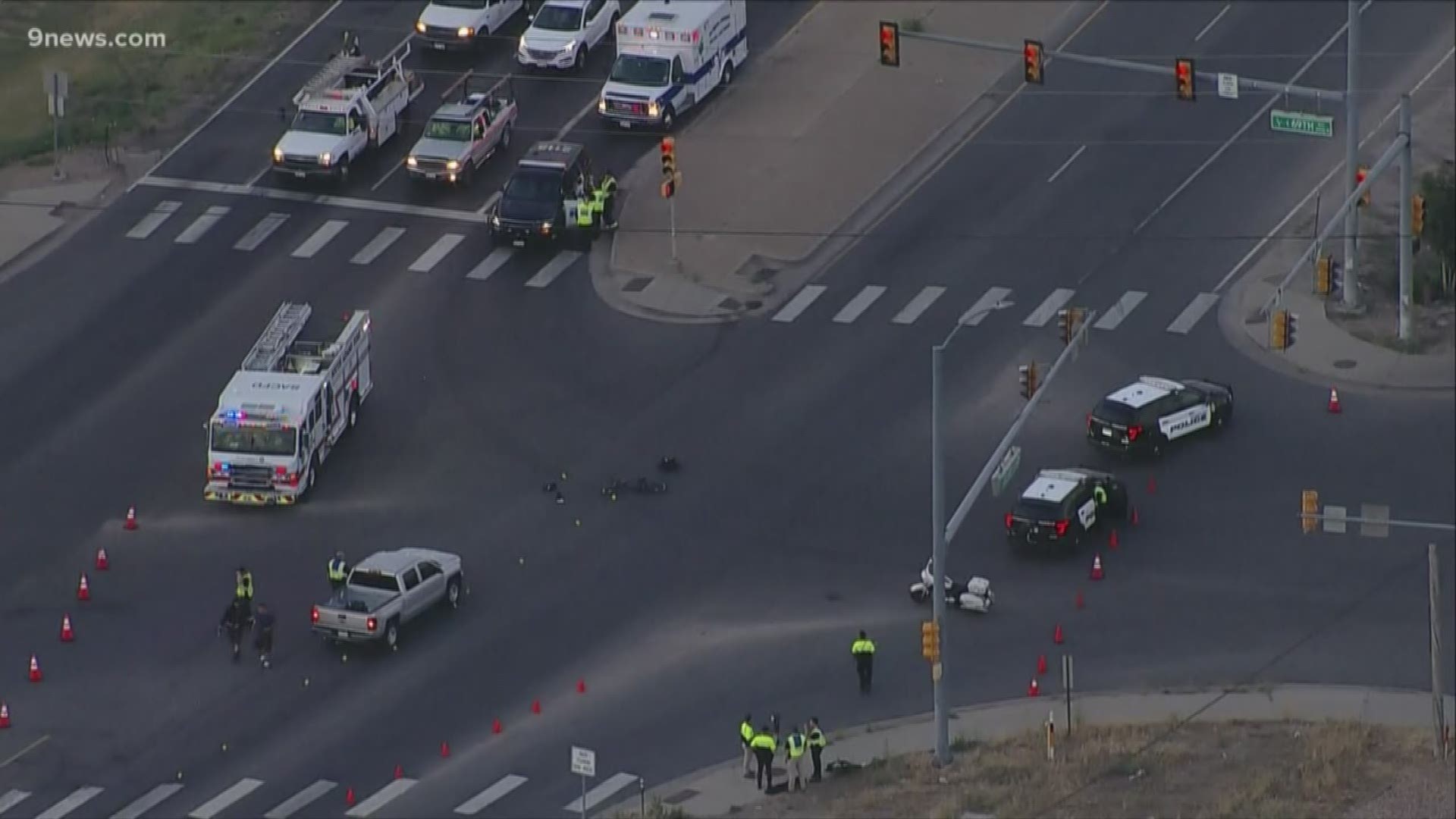 COMMERCE CITY, Colo. — A bicyclist was taken to the hospital with serious injuries after he was struck by a truck early Tuesday morning near the intersection of East 69th Avenue and Highway 85, Commerce City Police said in a release.

An officer was in that area at about 4:20 a.m. and spotted the crash that had just occurred, according to police.

The preliminary investigation indicates that the truck was traveling south on Highway 85 and hit the bicyclist who was traveling east from East 69th Avenue through the intersection.

The driver of the truck was not injured, police said.

The Commerce City Police Department Accident Reconstruction team is investigating and as a result, southbound Highway 85 closed at East 72nd Avenue for about three hours. It fully reopened at about 6:40 a.m.

Traffic is being diverted southbound on Brighton Road between East 72nd Avenue and the on-ramp to Highway 85 in the 6800 block or Mill Road.

Police do not believe alcohol or drugs played a role in the incident.

Numerous other bicyclists have been struck and killed or injured in crashes involving vehicles in recent weeks across the metro area.

Late Sunday night, a 77-year-old Wheat Ridge man was struck and killed in a hit-and-run in Arvada, according to Colorado State Patrol. The driver of the SUV that hit him has been contacted, CSP said, but she has not been arrested.

Late last month,  37-year old Alexis Bounds was riding her bicycle at the intersection of East Bayaud Avenue and South Marion Street in Denver when a driver tried to make a turn and hit her, Denver Police said.

Police said the driver failed to yield to Bounds’ right of way, and hit her. Bounds died from her injuries.

The driver was cited with careless driving resulting in death, a misdemeanor, then released.

Scott Hendrickson was struck and killed on his bike near West Bayaud Avenue and South Tejon Street, according to the Denver Police Department (DPD).

Their deaths prompted about a hundred cyclists to ride through the city to call for change earlier in August.

“A lot of us are feeling really sad and angry right now,” Fertig said, referring to a couple of cyclists recently hit and killed in Denver. “And being together is one of the best things we can do to get through these times but also to help elected’s see it's not just one or two of us online, it’s hundreds of us.