The Denver mayor emphasized social responsibility amid the COVID-19 pandemic and announced his plan to establish a city institute to address racism. 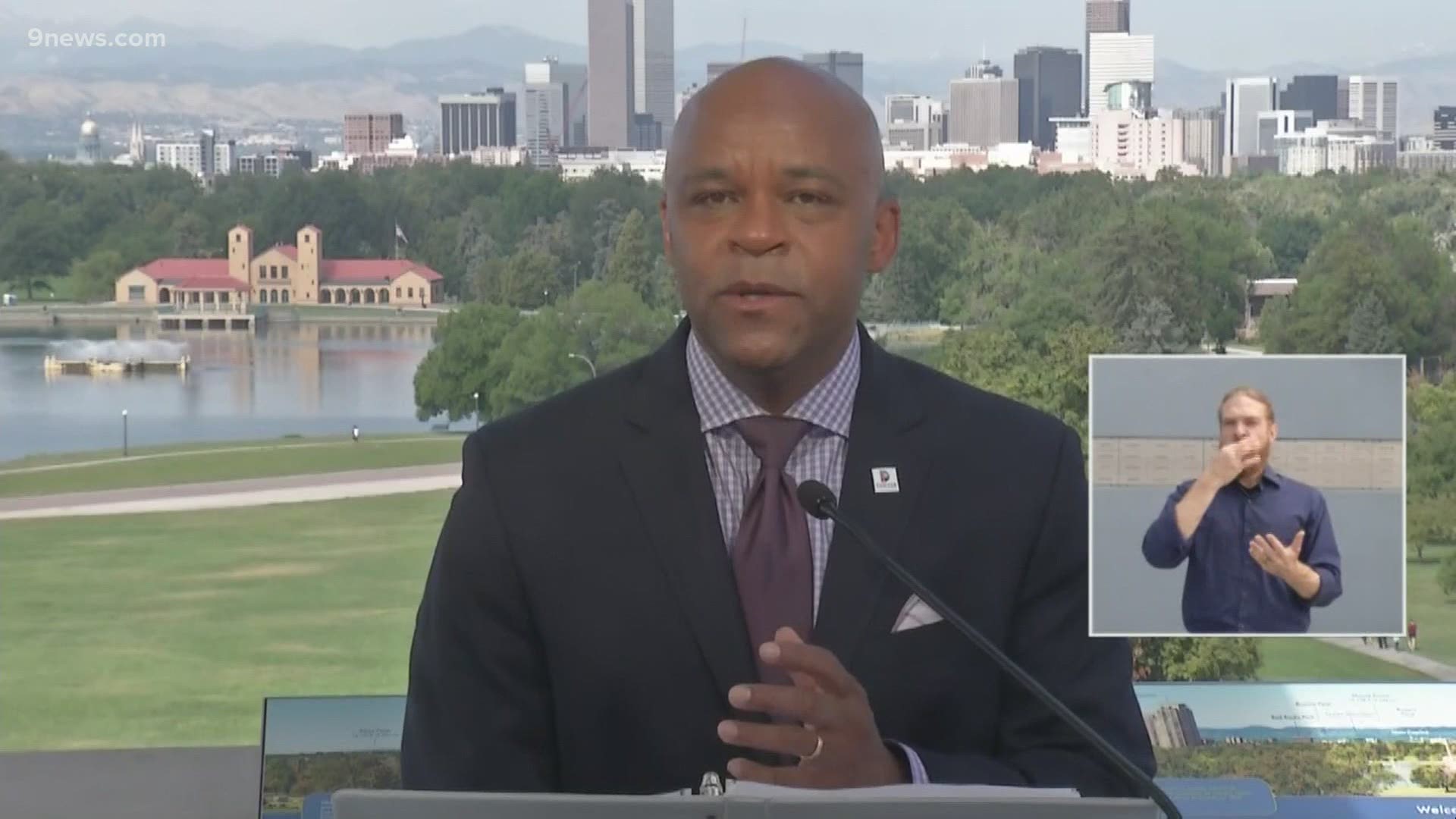 DENVER — Denver Mayor Michael Hancock delivered his annual State of the City address Monday at a time when the city has faced issues including the COVID-19 pandemic, economic upheaval, protests over racism and law enforcement and an uptick in crime.

The mayor has held frequent news conferences since March to give updates on the city's response to the coronavirus pandemic. Denver has reported 405 deaths and 9,205 cases, according to the state health department. The county has the highest death toll due to COVID-19 in the state.

“I’m proud of Denver’s resolve and response to this pandemic,” Hancock said. “We were among the first to take the painful action to stay at home and mandate face coverings. City employees, partners, residents – everyone did what was necessary to save the city.”

The mayor emphasized that the pandemic isn’t over and politics shouldn’t interfere with the city’s recovery.

“A mask isn’t a political statement,” he said. “Social distancing isn’t an attack on freedom. These temporary public health measures are about social responsibility.” 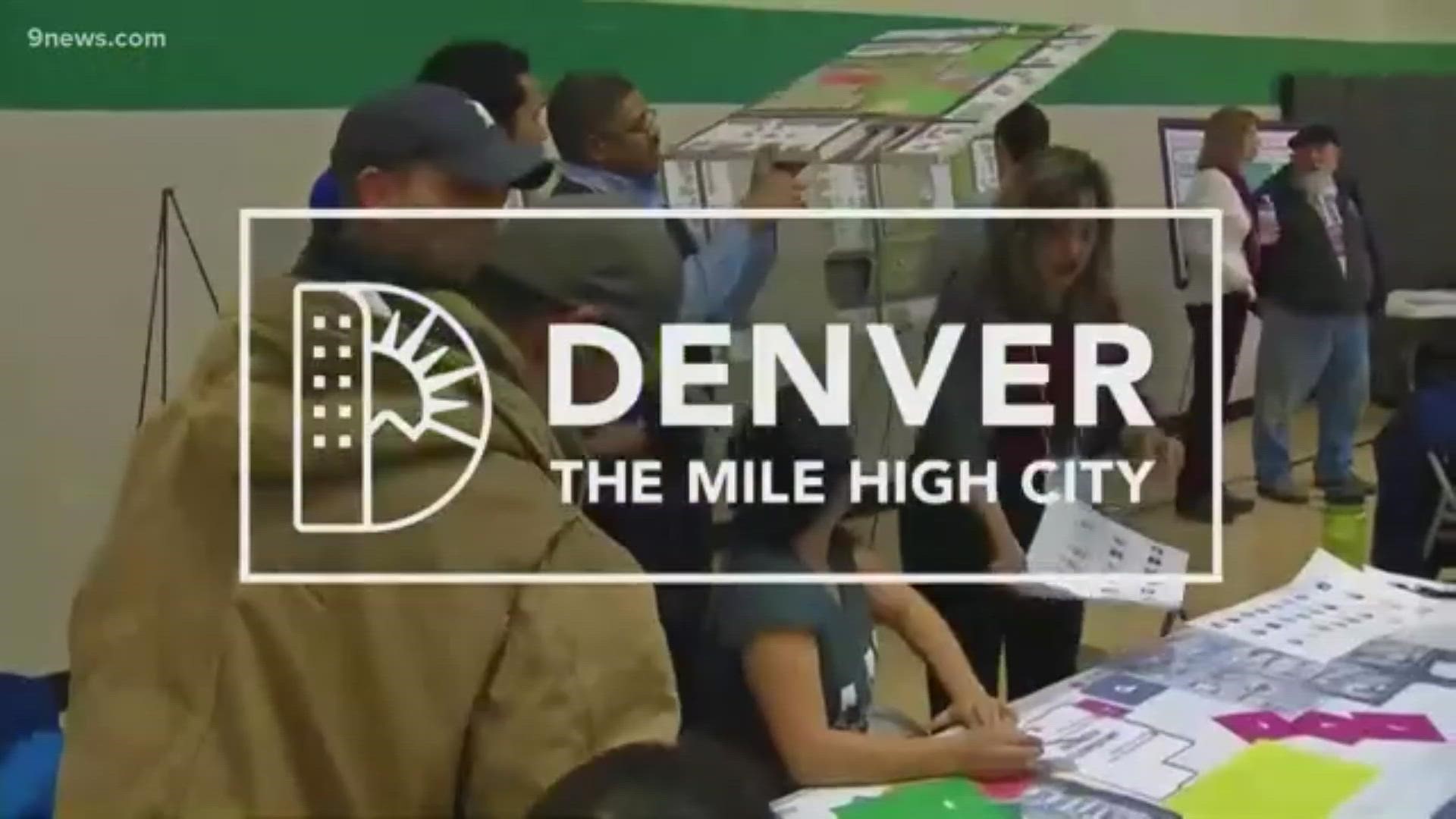 He said the city is working on stockpiling six months' worth of personal protective equipment and has developed a long-term recovery plan that includes support for workers, businesses and workplace safety.

The economy has suffered during the pandemic. Businesses have closed, and Colorado has seen a large increase in unemployment. Because of lost tax revenue, the City and County of Denver faces a budget shortfall of $226 million.

Hancock said the economy isn’t where city and business leaders thought it would be back in January. He said as part of the economic recovery, the city will keep public projects on track and accelerate bond and critical infrastructure programs.

The recovery also should include a “social conscience” component, he said: raising the minimum wage, planning for new parks, expanding mental health services, improving transportation, and investing in affordable housing and services for those who experience homelessness.

More homeless encampments have appeared in the city in recent months. Last week, volunteers counted 664 tents at 30 sites across Denver. City Council is considering ideas for 11 campsites that could be sanctioned spaces for people experiencing homelessness.

“I know homelessness is top of mind for all of us,” Hancock said. “… We have never stopped working toward better ways to address the conditions of those experiencing homelessness, and we aren’t stopping now.”

In addition to economic turmoil, the in-custody death of George Floyd in Minneapolis in May sparked protests over racism and police brutality in Denver and across the country.

Nightly riots in Denver for several days in late May and early June resulted in "catastrophic" damage to businesses and government buildings, including the state Capitol.

There has been an overall uptick in crime this year. Denver has seen increases in crimes against people and property in the first six months of 2020 over the year prior. Hancock said his administration is working with organizations that work with youths to support them in their efforts against violence and in promoting their services.

The mayor spoke at length about the issue of racism. He spoke about slavery and the United States’ history of racism, the disproportionate impact of COVID-19 on communities of color, over-incarceration of people of color, and of the killings of Breonna Taylor, Elijah McClain and Floyd.

He praised Denver’s police and sheriff departments but said that across the nation, “some have disgraced the badge through their actions and severely damaged the public trust.”

“For years, I have been frustrated by our society’s inability to effectively address racism,” he said. “But we must understand that to begin a debate about racism and its generational impacts by zeroing in on the actions of law enforcement is to acknowledge just one symptom of a virus that is killing us.”

He said he will establish a Denver Institute of Equity and Reconciliation through public-private partnerships that will include members from academia, civic and civil rights, places of worship and public safety, in addition to experts in diversity, equity and inclusion.

He said the institution's purpose is to become a “national leader in research in racism, bias, inclusion, practices of reconciliation, and development of programs and trainings for law enforcement.”

He said he hoped the institute would be a place where “direct and honest conversations about racism will be held” and that he will give more details about it soon.

RELATED: There has been a 50% increase in gun deaths in Denver since last year. Let’s break down the data.

RELATED: Denver to pause variance requests due to uptick in COVID-19 cases