Lawmakers debating potential school safety legislation heard testimony from the father of Kendrick Castillo and the head of DougCo Schools, who had an ultimatum. 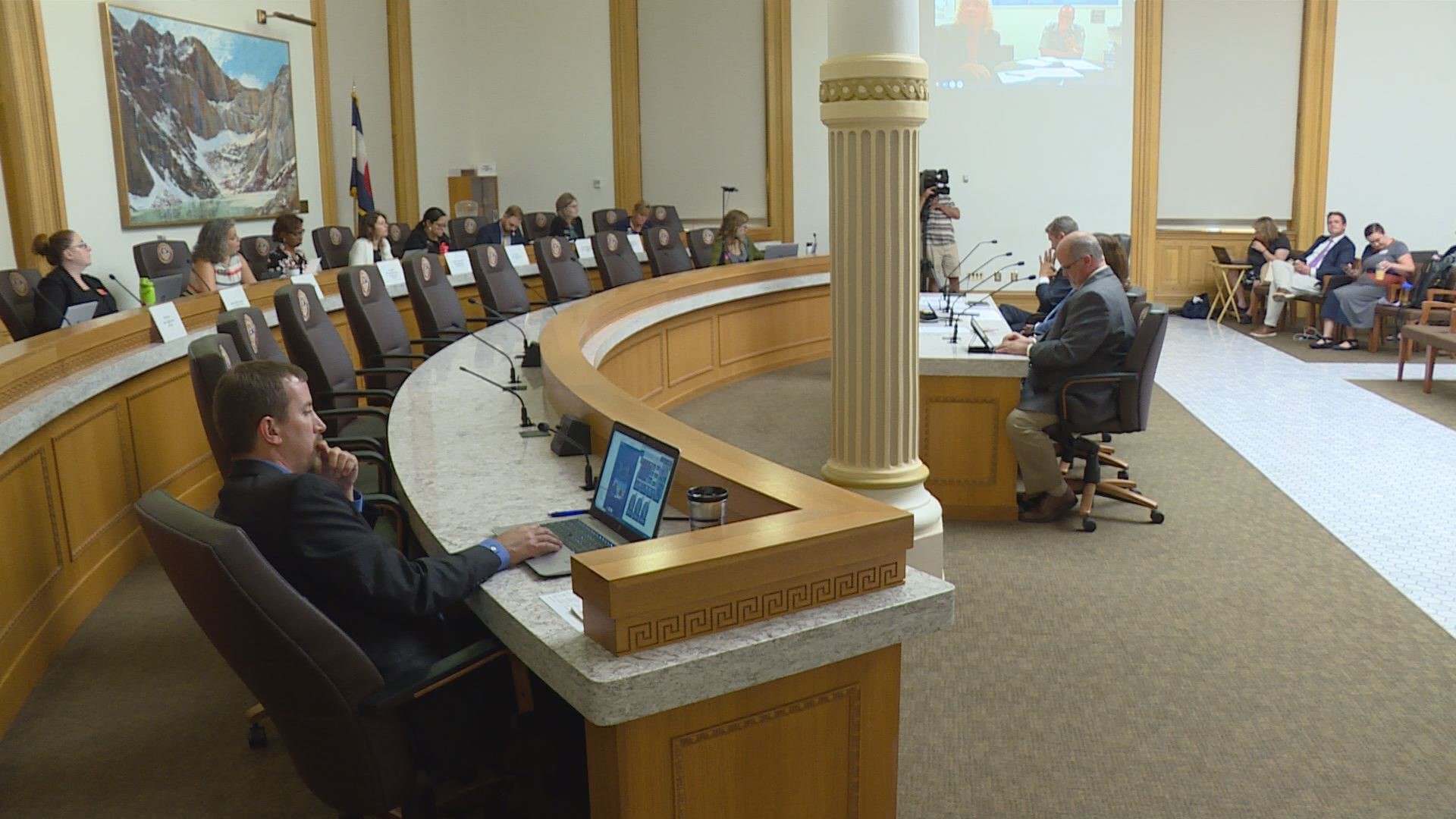 DENVER — Colorado State Sen. Bob Gardner (R-Colorado Springs) is known for long speeches during the legislative session. During a School Safety Committee hearing at the capitol on Tuesday, he simplified his thoughts into just six words.

"Maybe you're not ready to say this, but what would you have us do?" asked Gardner.

That was the question of the day, as legislators tried to figure out what laws, if any, are needed to make students safer.

Among the ideas for legislation:

According to John McDonald, the head of school safety for Jefferson County Schools, districts don't have to share information about students who transfer from one district to another, despite districts being held liable for the safety of the students in the school. He said solving that would be a free solution.

"One of the issues that we see, and I don't think it'll cost a single dollar to fix, is today, we inherit threats from other school districts and they inherit ours," said McDonald. "School districts will send the student's threat assessment, along with their educational record, so we know who we're inheriting. Right now, there's no standards for that. So, if a student engages in attack-related behavior at one school, he can transfer to another school district and they will never know."

"Right now, we pay 50 percent of the cost for our SROs. I think in some communities there's no support at all," said Adams 12 Five Star Schools Superintendent Dr. Chris Gdowski. "Getting to a place where an SRO is something that's funded consistently throughout the state, I think, would be tremendously helpful to large systems like ours."

Another idea for potential legislation would be to create a uniform school safety drill.

"What is the janitor doing? What is the resource officer doing?" asked Sen. Rhonda Fields, (D-Aurora).

There was also a concern of when students should start receiving emergency drills.

"We're very, very focused on ensuring that we're doing proper lockdown drills for our kids. We start in preschool. We make no apologies for that," said McDonald.

Adams 12 conducts an announced safety drill in the fall and a second drill later in the year.

"Typically, in the spring we do an unannounced drill, and we're now at a place, given some emerging research, where we're reevaluating that because of the concern of an unannounced drill may outweigh the benefits that we're trying to develop in kids in getting ready to respond if an incident happens," said Gdowski.

KENDRICK CASTILLO'S DAD WAS THERE

In attendance at the committee hearing was John Castillo, father of Kendrick Castillo, the high school senior who was shot and killed in May at STEM School Highlands Ranch, a charter school in the Douglas County district.

His one hope is something that can't be legislated.

"I would like to see the renaming of the act itself, instead of a school shooting, I believe that it's 'domestic terrorism,'" said Castillo. "Nobody likes terrorism. I felt the same way as when my son's life was taken, as when the planes went into the Twin Towers in New York. It was the same gut-wrenching feeling. When we say it's just a church shooting, just a school shooting, it just happened at a Walmart, it's just saying that it's isolated to those areas. No, no, it's an epidemic."

His idea for lawmakers was to include students in the conversation about laws that would impact their school life.

Lawmakers are hearing ideas for potential legislation that they can draft during the off-session prior to the start of the legislative session in January. Any draft legislation produced from these hearings would not be introduced and debated until next year.

RELATED: 'He was going to be something beyond what anyone could comprehend:' Kendrick Castillo's boss remembers his brilliance

Also at Tuesday's meeting, the head of Douglas County Schools issued an ultimatum to charter schools: don't even think about arming your teachers, or you're out of the district.

During Tuesday's conversation, Dr. Thomas Tucker said in his testimony that arming teachers is "crazy."

"Teachers are not armed. We will fight tooth and nail, if any school, whether it's a neighborhood school or a charter school, decides to arm its teachers. If it's a charter school, we're going to ask that they leave the Douglas County School District oversight," said Tucker.

Laura Carno, Colorado's best-known advocate for arming teachers, told Next with Kyle Clark that she hopes school leaders will listen to parents and offer different types of security options to meet their needs.

RELATED: DougCo to let schools decide what to do with $10M for school safety

RELATED: Safe2Tell reports big increase in number of tips received this May