The latest lawsuit was filed by the ACLU and represents Black Lives Matter 5280 and 9 other plaintiffs. 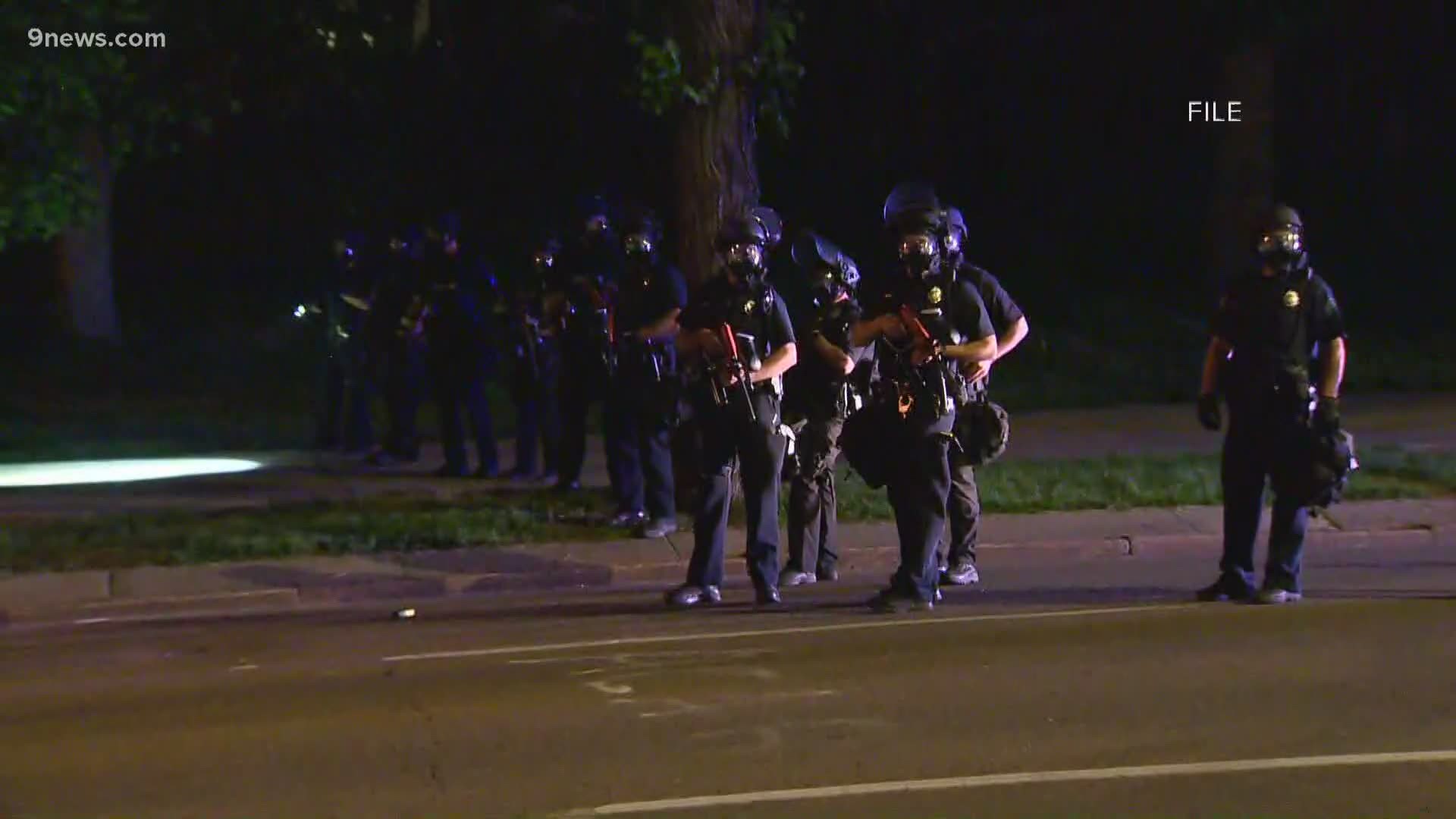 DENVER — A second lawsuit has been filed against the City and County of Denver due to the use of less-lethal force against protesters during the Black Lives Matter demonstrations that took place near the Colorado Capitol.

The latest lawsuit was filed Thursday by the American Civil Liberties Union (ACLU) of Colorado and Arnold & Porter. According to a news release from the ACLU, it is on behalf of Black Lives Matter 5280 and individual plaintiffs who said they were injured by law enforcement while they were protesting against police brutality and systemic racism.

“The lawsuit challenges the use of tear gas and less-lethal weapons that police unleashed against nonviolent protesters who were demonstrating over the killings of Black men and women,” the news release reads.

The first lawsuit was filed on behalf of four plaintiffs on June 5. This prompted a federal judge to issue a temporary restraining order limiting the Denver Police Department’s (DPD) use of less-lethal weapons like tear gas and rubber bullets.

The ACLU lawsuit “seeks to hold Denver law enforcement accountable for its actions as well as the actions of additional law enforcement agencies who assisted Denver Police,” according to the release.

The Denver City Attorney's Office issued the following statement about the latest lawsuit:

"This new filing appears to be a reiteration of the lawsuit that was already filed a few weeks ago. The City Attorney’s Office will review the Complaint in detail once received, but we are confident that DPD is in compliance with the requirements of the recently passed Law Enforcement Integrity Act with respect to law enforcement response to protests or demonstrations.  Additionally, all complaints received regarding any force used by Denver police officers during the protest activities are currently in the process of being investigated by internal affairs and are also being separately reviewed by the Office of the Independent Monitor.  Finally, the City is in full compliance with the federal district court judge’s temporary restraining order."

The Law Enforcement Integrity Act, a comprehensive police accountability and reform bill, was signed into law just last week. Included in those reforms, the law restricts how and when police can use chemical agents and less-lethal projectiles in response to a protest.

One of the plaintiffs in the new ACLU lawsuit is Elisabeth Epps, who was one of the panelists during a 9NEWS roundtable on racism in Colorado. The ACLU said she was shot and bruised multiple times by projectiles, including one that hit her in the face, breaking the plastic medical-grade respirator mask she was wearing at the time.

The other plaintiffs include:

Read the full lawsuit by clicking or tapping here.

In interview Thursday night, Packard said he has not been able to return to work as a laborer. He's also wary of returning to protests.

"I don’t know if I could honestly ever trust the police gain – until I see some type of reform and accountability happen. Not just for the protest, but for the fact that people are being murdered," he said. "I would love to be able to exercise my right to protest for people who don’t have a voice, but until I see some type of change... I'm not going to feel comfortable."

Another plaintiff, Dr. Alexander, said the lawsuit was about bringing attention to people's first amendment rights.

"We do want to protect rights of individuals who want to civilly protest in the future and bring awareness to this," she said.."Some of the things that were dispensed - gas canisters, tear gas, pepper bullets, rubber bullets – did harm so many people who weren’t engaging in any kind of form of violence or destruction."

"So I think its to bring awareness to that, protect future people who want to engage in civil discourse."

The Denver Office of the Independent Monitor is now probing the police department’s response to the protests, which lasted for multiple days in late May and early June following the in-custody death of Minneapolis man George Floyd.

The investigation will specifically look into DPD’s use of riot gear, physical force, chemical agents and less-lethal weapons.

According to DPD, there are at least 61 active complaints against the department. Most of those involve use of force. More than 200 complaints have been received about the Denver protests overall.